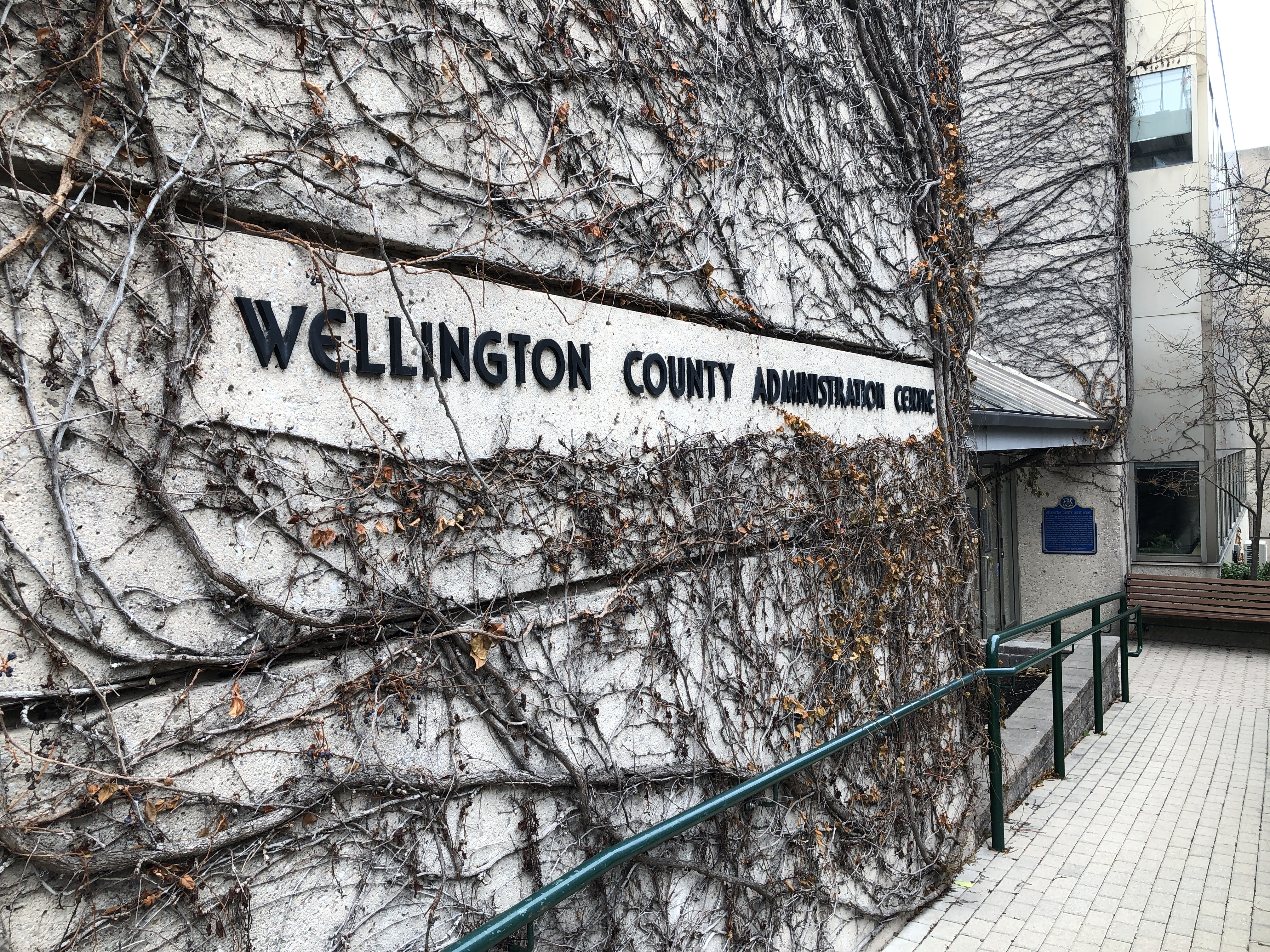 GUELPH –  Wellington County municipalities will examine the feasibility of 20 efficiency and cost saving opportunities identified in a consultant’s report endorsed by county council on Nov. 28.

The provincial government announced in March that Wellington municipalities would be among 405 across the province to benefit from a $200-million pool of one-time funding to help improve service delivery.

In April, each municipality agreed to contribute $25,000, with the county providing $175,000, to fund an operational review in response to the province’s funding.

“This project demonstrates the commitment of the county to collaborate with member municipalities to find innovative ways of becoming more effective and efficient in providing services to our residents and businesses,” stated Warden Kelly Linton.

County and member municipality CAOs worked with consulting firm KPMG to identify efficiencies and cost savings. The 20 potential opportunities identified will go through local and county councils for approval.

Bruce Peever, a KPMG Canada partner, presented the final report on the services review to council on Nov. 28. He said the idea was to find efficiencies and savings “without compromising the citizen service experience.”

Peever explained the process identified opportunities based on “the ability to transfer services, eliminate services, increase cost recovery or to change service levels or to reengineer how you deliver services or to look at alternative service levels.”

Out of more than 100 identified opportunities, a top 20 list was compiled that includes:

– exploring winter maintenance services and programs between the county and/or local municipalities;

– establishing one official plan across the county and increasing designated industrial land zones;

– streamline approval processes across the county;

– consistent facility management services that can be shared across the county or across local municipalities;

– exploring common IT systems and resources across the county and local municipalities;

– share functional management expertise across the county and/or local municipalities;

Peever noted the idea of streamlining the approvals process county wide “goes to the heart of the province’s intent, which is to cut red tape.”

He also highlighted the shared communications and marketing strategies and IT upgrades, pointing out “we believe the public is looking to access government services through their phone.”

Councillor Campbell Cork expressed concern the review could end up as an exercise in uploading.

“It seems to me just after this quick go-through that there’s a lot of things that are leaving the municipality potentially and heading to the county,” Cork noted.

Peever said the emphasis was on co-operation not reallocation.

“I know that county council hasn’t had a lot of time to read the report in detail, but when you do you’ll see that many of these opportunities are more about the  member municipalities working more closely together, and sometimes it’s independent of the county,” Peever said.

“So it’s sharing services between the member municipalities as opposed to pushing services up to the county.”

Most county councillors, along with senior staff and councillors from Wellington municipalities invited to watch from the gallery, were seeing the report for the first time at the Nov. 28 meeting.

Councillor Earl Campbell was concerned about taking any action without further consideration.

“I have a 69-page report. I’ve just had a 15-minute presentation. I haven’t read this, and if I understand correctly there’s maybe two sitting members around the (council table) that have actually read the report,” said Campbell, who suggested a deferral to council’s January meeting, “so we have a chance to actually read the report.”

“There’s a lot of stuff in here we’ve seen before … so the question is extremely valid as to what the implementation is,” said councillor Chris White.

He noted he was involved in a Rural Ontario Municipal Association meeting with Minister of Municipal Affairs Steve Clark.

“I said, with all due respect … you seem to be implying the municipalities aren’t already doing these things: ‘You’re somehow incredibly inefficient and all we need to do is throw some money your way and, bingo, you’ll be doing it’ … and I said, ‘That’s not the case, we’re sharing services across the county where viable … and we’re constantly looking internally at savings,’” White stated.

However, he added, “I think there’s some items like software purchases and stuff that we might not get to, that we don’t have the fiscal capacity, that this money helps with.”

While stating he supports sharing of services and facilities such as public works garages, councillor Alan Alls, mayor of Erin, expressed concern about moving too fast on the report.

“I’m a little nervous about some of the things here. And in no way is this knocking the county, but the Town of Erin, for instance, has a lot more in common with Caledon than it does  Mapleton or Wellington North,” Alls stated.

“I mean they’re great people, but the people that live in both don’t have the same synergies as what we do in Erin. So I think we have to be kind of careful how we work through that.”

“I think that comes back to the mandate behind this probe,” said Linton.

“Where it does make sense, that municipalities should get together and do things.”

White put forward a motion stating the final report will be “received and endorsed by county council and referred to staff for consideration and implementation as feasible; and that the report be forwarded to member  municipal councils with the request for local staffs’ collaboration with the implementation of the efficiency initiatives.”

Alls suggested the words “and endorsed” be removed, however an amending motion to change the wording was defeated by an 8-7 margin, with the warden compelled to cast the deciding vote.

Prior to a subsequent vote on the motion as originally worded, councilor Andy Lennox stated, “Whether we do it with the word ‘endorse’ or not is irrelevant to me because what we’re really doing is giving staff direction to take us to the next step.”

Campbell added, “I’m quite comfortable with the word ‘endorse’ in because we’ve all come to an understanding … that this is directing staff to carry forward.

“I stand on principle that we should have had the report before the meeting, and I’ll leave it at that, but  I’m voting in favour of the motion.”

The original motion to receive and endorse the report was carried.

After endorsing the report, council passed another resolution supporting the submission of a “multi-party expression of interest for a proposed third party IT service delivery review project” on behalf of the county and six of the seven member municipalities to the Ministry of Municipal Affairs and Housing’s Ontario municipal modernization program.

The program, announced by the province on Oct. 25, provides municipalities access to a $125-million pool of funding.

This is to conduct new service delivery reviews, implement recommendations from previous reviews and undertake a range of projects such as IT solutions or process improvements.

Alls explained the Town of Erin did not participate in the application because the municipality already has a full-time staff member in charge of IT.