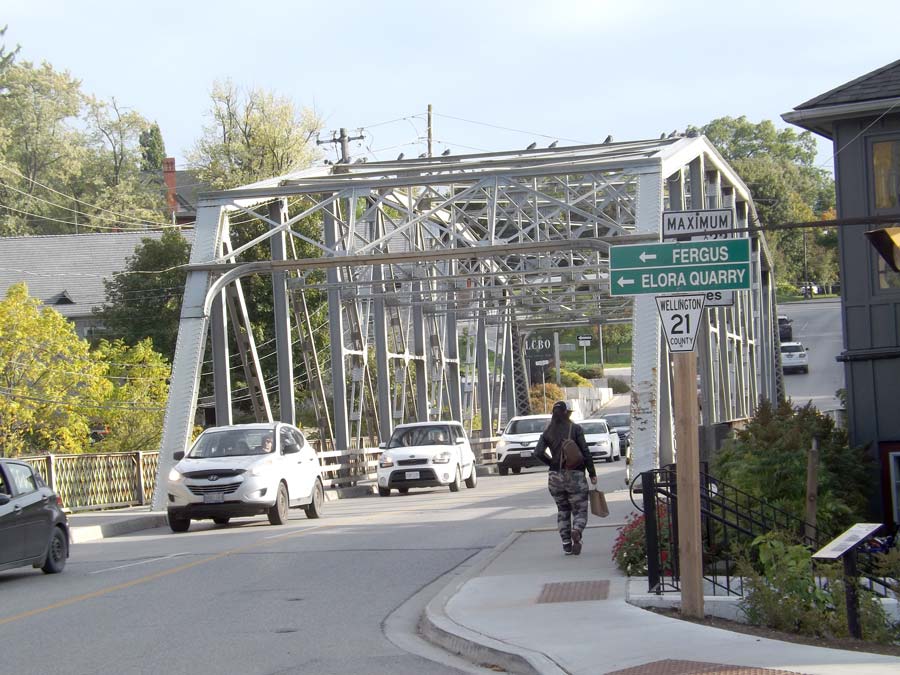 Bridge replacement - A tender for the replacement of the Badley Bridge in Elora has been award to a Stratford-area firm and construction is expected to begin in October.
Photo by Patrick Raftis

GUELPH – A Stratford-area firm has been awarded the tender for the replacement of the Badley Bridge on Metcalfe Street in Elora.

Looby Builders (Dublin) Limited was awarded the job for the tendered amount of $5,888,864, exclusive of HST. The company’s bid was the lowest of three submitted, with the highest bid coming in at just over $6.6 million.

“It’s very pleasing to be able recommend the acceptance of a tender that is very close to what was budgeted,” said councillor Andy Lennox, who chairs the roads committee.

The decision to replace the metal-frame structure met with considerable community opposition, despite plans to include such features as wider sidewalks, bike lanes and expanded observation decks overlooking the Grand River, as well limestone gateway piers and historic features paying homage to the current structure.

“I just want to thank county engineer Don Kudo  for engaging the public in the process again and trying to work toward a solution of sorts for the community, so that this project could move forward,” commented councillor Mary Lloyd.

The work on the bridge will be completed in two stages, the report explains. During the first stage, the road and bridge will remain open while the temporary bridge construction access is installed, and pier footings and columns are constructed. During the second stage the road and bridge will be closed for the remainder of the work. Construction is scheduled to start this month. The bridge is expected to be closed between January and November, 2020 and project completion is anticipated in December.