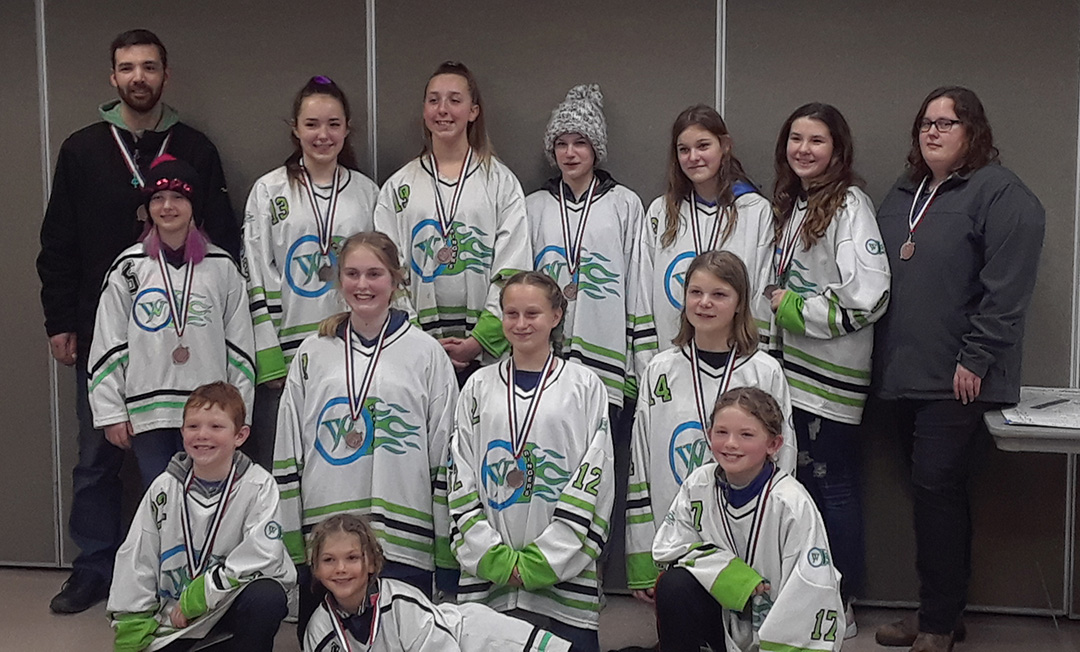 The Wellington North Ice Ninjas U14 ringette team played in the Western Region Ringette Association (WRRA) 2019 Regional Tournament March 29-31 in Tillsonburg. The team brought home bronze in the B Division. Front row, from left, are: Noah Seddon, Reuben Seddon, Jacob Seddon, Abby Irvine, Emma Nelson, Olivia Dowling and Jazmin Morrison. Back row: Chris Seddon (coach), Brianna Goldschmidt, Stephanie Ottens-Kane, Emily Henderson, Elaine Dowling,  Kiera De Michele and Alison Capell (coach). The team played one game on Friday against Waterloo and won 12-8. Two games on Saturday brought two losses, first to Forest and then to Kitchener. Sunday was the final game and the Ninjas pulled through in overtime for a 3-2 win over Kitchener. Wellington North Ringette is going to try to fill two teams next season: U14 and U8. Submitted photo