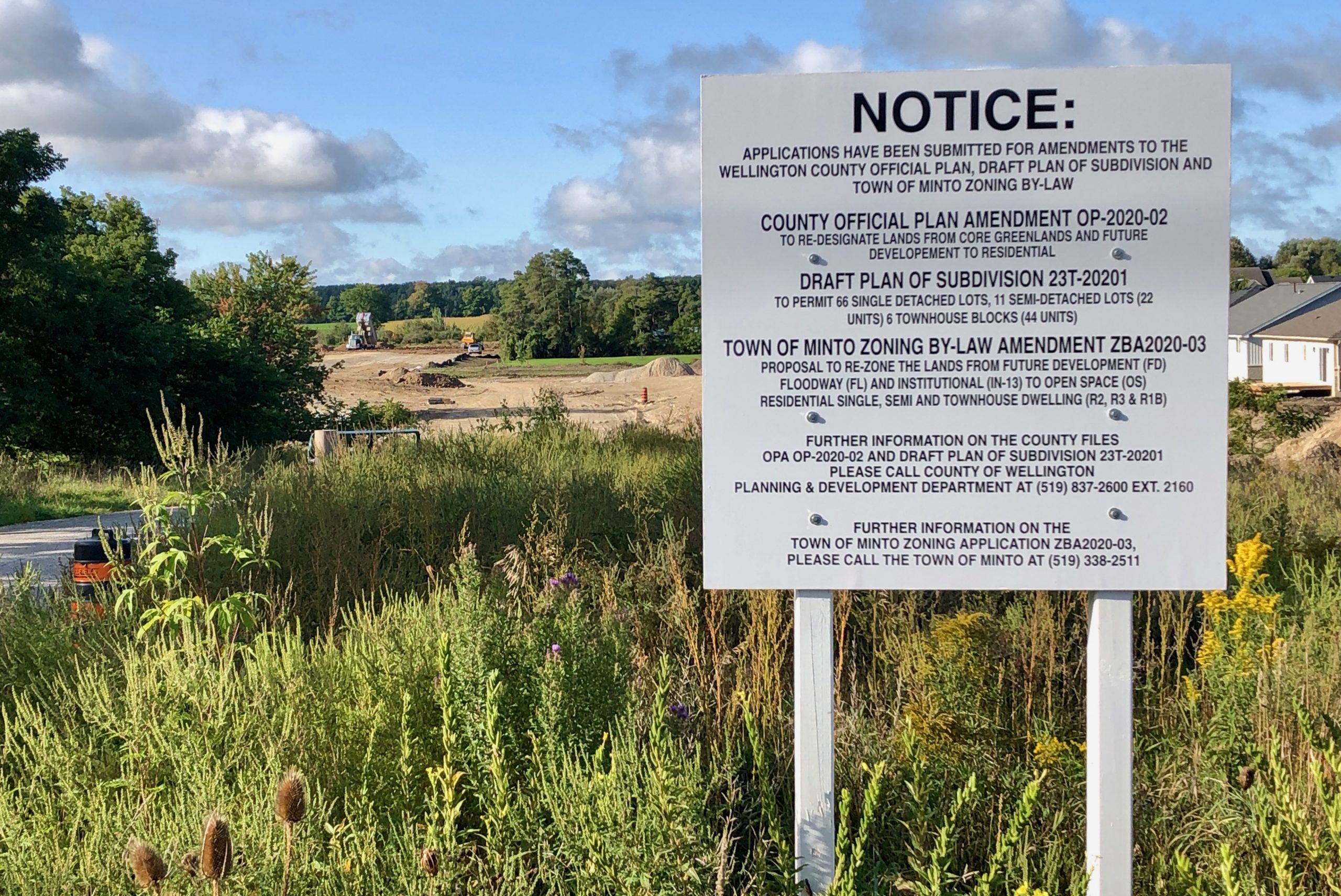 A public meeting was held on Sept. 15 regarding proposed official plan and zoning amendments for a 128-unit subdivision in Harriston. Photo by Patrick Raftis

HARRISTON – A public meeting on a proposed official plan amendment and a zoning amendment for a 128-unit plan of subdivision in the southwest corner of Harriston was held here on Sept. 15.

The proposed planning applications will result in the creation of a mixed density residential development on 10.34 hectres (25.5 acres) that are currently vacant, states a report from County of Wellington senior planner Michelle Innocente.

A proposed zoning bylaw amendment will rezone the lands from future development, floodway and institutional to residential (R3, R2) and open space.

No one spoke in opposition to the proposal at the meeting.

Innocente explained county staff will finalize the technical review of the draft plan of subdivision and applications to amend the official plan and zoning bylaw.

Staff will then report back to council for local consideration of the draft plan of subdivision (including draft conditions) and official plan amendment for council endorsement.

Following the approval of the official plan amendment and draft approval of the subdivision by the county, an amending zoning bylaw will be provided for town council consideration.

Councillor Ron Elliott asked about plans for parkland within the development.

Innocente explained a proposed 1.7-hectre park represents approximately 1.6 per cent of the area of the development.

“The town should indicate through this process what the preference is,” Innocente stated.

“So that’s something we’ll be working with the town staff on.”

Bridge noted “there’s quite the green areas where the storm management’s going to be,” that won’t normally be filled with water.

“That’s quite a large passive park that people will be able to use,” the mayor added.

Innocente confirmed, “The storm water pond is a dry pond. Only during storm events would it have water in it.”

Noting plans for the subdivision show access to the subdivision from just Elora Street, deputy mayor Dave Turton asked, “This development will be joined up with John Street at some time, right?

“So there’s a couple of ways to get in?”

“We’re talking to our traffic engineer about whether or not it’s required for emergency services,” said Astrid Clos, a planning consultant for Mex Developments.

She added the developers would be addressing the situation “in our comments back with the town.”

“Well done. I like the way it’s laid out. I love the fact that it’s actually getting our density up,” said Mayor George Bridge.

“I’m kind of hopeful that the price point comes in where it helps us out with our situation with affordable housing.” 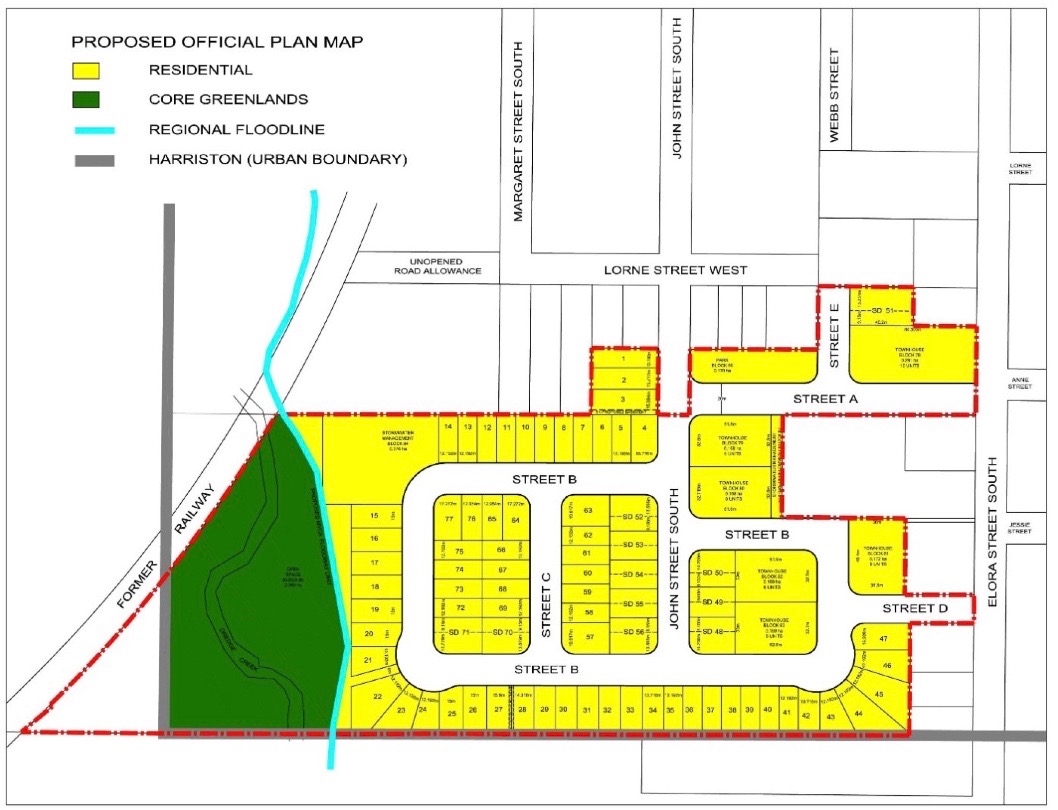 A new residential development in Harriston will initially include an entrance off Elora Street South. (Minto agenda package image)