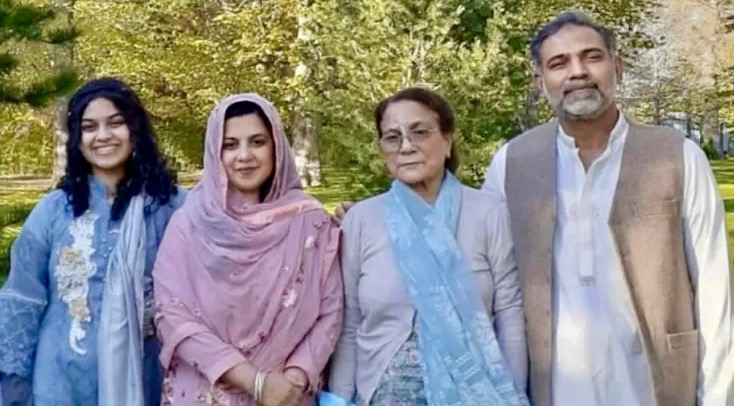 HARRISTON – Police are investigating a “disgusting” TikTok video originating in Harriston that makes “disturbing” references to the recent murder of four members of the Afzaal and Salman family in London, Ontario.

Minto Mayor George Bridge told the Advertiser the video, posted to the social networking site on June 10, features “a resident of Harriston … watching one of our Syrian families walking down the street.”

The resident begins shouting at the family, referencing Nathaniel Veltman, who has been charged in the fatal truck attack earlier this week on a Muslim family in London.

Advised of the video’s existence on June 10, Bridge said he has had discussions about it with Wellington County Warden Kelly Linton and Wellington OPP Inspector Paul Richardson.

He explained the person making the remarks isn’t seen in the video but can be heard shouting out the window of the home “and you can recognize the street.

He added Minto and county officials issued the press release to make clear “this is not the normal for our communities.”

“We have more diversity now than we’ve ever had,” Bridge noted.

“The anti-Muslim sentiment expressed in this disgusting video is abhorrent to the residents of Wellington County and the Town of Minto, and all efforts must be used to denounce hatred in all its forms,” states the June 11 release from Bridge and Linton.

“Islamaphobia and all forms of racism have no place in our community, and we must ensure that messages of hate and fear fall on deaf ears. The OPP is aware of the video and are investigating.”

Linton and Bridge noted the hurt caused by the video “is felt not only within the Muslim community,” but well beyond.

Wellington County OPP spokesperson Kirk MacDonald confirmed the OPP is aware of the video and is investigating.

“We are in the early stages of the investigation,” MacDonald told the Advertiser.

Police have said the family was targeted due to its Muslim faith.

Veltman, 20, was charged with four counts of first-degree murder and one count of attempted murder.