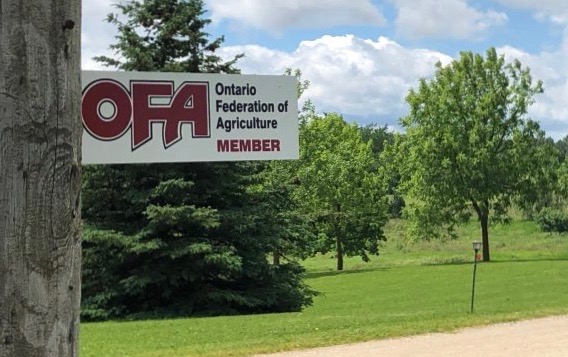 MAPLETON – Turns out they were on the same page after all.

WFA president Janet Harrop and OFA senior policy analyst Ben Lefort joined council’s July 13 videoconference meeting and presented council with a letter regarding a resolution passed by council in March calling for the province to undertake a review of the Farm Property Tax Class Rate Program.

The letter reiterates the WFA’s support for the provincial government to provide adequate funding to rural municipalities.

“As Mapleton’s resolution highlighted, the provincial government has not fulfilled its obligation to rural municipalities,” the letter states.

“The cuts to the Ontario Municipal Partnership Fund (OMPF) and many other changes to municipal-provincial cost and service delivery agreements have not favoured our single-tier, rural municipalities.

“However, the suggestion that the policy solution of returning to the farm rebate program to fund rural municipalities is deeply flawed and counterproductive.”

Prior to 1998, properties assessed as farmland paid 100 per cent of their assessed tax to municipalities, then filed an application with the province to receive a 75% rebate, paid directly by the province.

Since then, farmland has a tax ratio of 25%, meaning farmers pay property tax on only 25% of the assessed value of their property, excluding a house and one acre taxed at the regular residential rate.

“What is a rebate program is trying to solve?” asked Lefort.

“The rebate program would try to solve the problem of lack of funding for rural municipalities … and that is an issue the OFA has been lobbying on for years now.”

Mayor Gregg Davidson told the delegation the township’s resolution does not call for a return to the rebate program, but rather asks the province to “undertake a review of the farm property tax class program.

“In the resolution from this township, nowhere in that resolution does it say that we want to go back to what it was before,” Davidson stated.

He pointed out the resolution states “an economically competitive agricultural industry provides affordable food and agricultural products to all Ontarians and is a provincial objective that should be cost shared amongst all of its citizens.

“I believe the two of you would agree with that, it should be shared,” he suggested to Harrop and Lefort.

“My question is why did you think we were asking the province to go back to the original program?” asked Davidson.

Lefort said the resolution, which was circulated to municipalities across Ontario, was interpreted as a call for a return to the rebate program by many of them.

“Once this letter was sent a whole firestorm of phone calls and discussion about the rebate program were triggered,” Lefort stated.

“Whether or not it was an intention of the letter, the interpretation out in the countryside has been quite another matter.”

While the resolution from Mapleton does mention the Farm Tax Rebate several times, it does not specifically call for a return to the program.

However, included in the wording is a call from Mapleton for the province to “undertake a review of the Farm Property Tax Class Rate Program to determine: … Other methods of delivering the farm tax rebate program to farmland owners where the cost can be shared province-wide.”

“I would have preferred that the OFA and the county groups work with a resolution like this rather than pushing back,” said councillor Marlene Ottens.

“I’m really disappointed to see such a push back like this. I thought we could work together and really get some traction.”

“We want it to be fair. We don’t want our urban Mapleton residents to have to pay the bulk of the cost of running Mapleton because we have so much farmland here,” said Ottens.

“How can we in rural Ontario get respect from a mostly urban provincial government when we can’t even work together ourselves?” 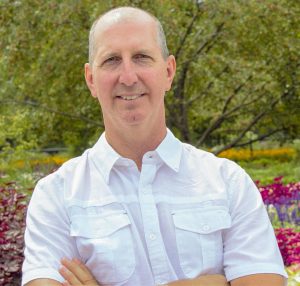 Davidson said, “At the end of the day we all want the same thing.

“We want to make sure that all Ontario is paying for the food that our great rural communities are providing.

“And that the rural communities that have the farmland are properly supported by the provincial government.”

Davidson added the township supports farmers’ call for a reduction from the 25% tax rate currently paid on vacant farmland.

“Our intention is to have that lowered, but through the provincial government and not on the backs of local municipalities,” he stated.

Lefort noted the issue stems in part from the province not adequately funding OMPF, which was introduced in part to help compensate municipalities for the loss of farm tax revenue and the cost of downloaded services in the late 1990s.

“If they were to have even just kept that up to inflation … they would need to be funding it to an additional $350 million a year,” he pointed out.

Lefort said the OFA would be interested in helping municipalities lobby for fully-funded OMPF and municipal infrastructure programs.

“We absolutely would be lining up right now if Mapleton and other municipalities want to work together on lobbying for that – 100%, absolutely – as long as the funding isn’t delivered through a tax rebate program that would involve farmers paying full residential taxes and waiting for the rebate,” he said.

“Basically any other form of funding, we can get behind.”

Ottens reiterated that she wished the farm associations “had come to Mapleton for clarification right away.

“I guess we can move on from this and perhaps we’ll get more municipalities on board and we can work together and lobby collectively from here on in,” she added.

Davidson reiterated, “We do want the same thing. We want the province to fix something that’s broken.

A motion to receive the WFA correspondence for information was approved by council.

The agenda package for the meeting also contained three new letters of support for the farm tax resolution from other municipalities and a response from Ernie Hardeman, Ontario Minister of Agriculture Food and Rural Affairs.

“Thank you for sending the council of the Township of Mapleton’s resolution requesting a review of the Farm Property Class Tax Rate Program,” Hardeman states in his letter.

“My ministry is responsible for the delivery of the Farm Property Class Tax Rate Program. This program helps keep agricultural land in production, which in turn helps to feed us and support a strong agri-food sector in the province.”

Hardeman added, “Reviews and changes to Ontario taxation policies are the responsibility of the Ministry of Finance. I will share your letter with the Honourable Rod Phillips for his consideration.”