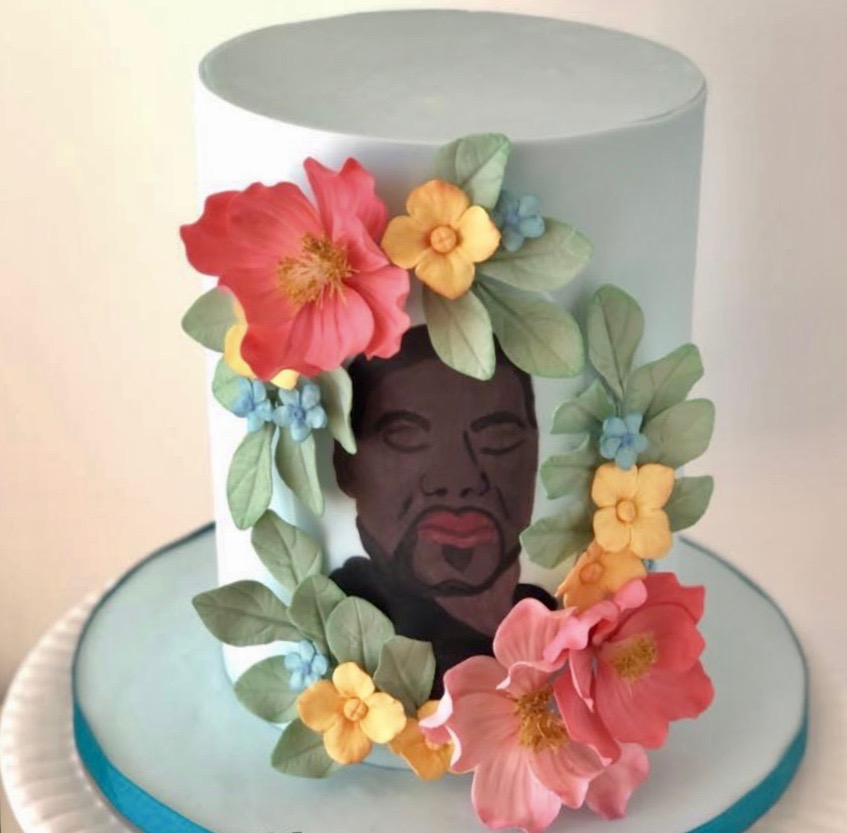 Fergus resident Kellie Barclay made the above cake as part of international collaboration recognizing the one year anniversary of the death of George Floyd. Submitted photo

FERGUS – Kellie Barclay was the only Canadian to participate in an international cake collaboration recognizing the one year anniversary of the death of George Floyd.

The Fergus resident and owner of Fancy that Cake was one of 24 to submit a cake for Black Lives Matter – An International Cake Collaboration.

Cake collaborations involve an organizer submitting a theme, whether it’s a musical, or honouring Tim Burton, and bakers from around the world can submit pictures of their own creations to be featured.

Shortly after George Floyds death on May 25, 2020, a person on the group posted about a Black Lives Matter cake collaboration that would be publicized nearly a year later, on the anniversary of his death.

When Barclay saw this, having not participated in a collaboration since 2016, she knew she had to get involved.

“It’s a show of support,” said Barclay, adding it was important to her to be involved with something she believes in.

There we’re a variety of pieces, quite a few being modelled heads, and “Somebody did one of Oprah that’s amazing.” Barclay added.

Barclay picked an artist’s design of George Floyd surrounded by flowers that had circulating through social media.

She thought the image would translate well being painted on a cake and wanted to incorporate flowers, as sugar flowers are her specialty.

Barclay now has two cake collaborations under her belt, and views them as a great way to get involved in the “sugar community,” try something different, and get her work out there.

She already has plans in the works for others.

“It’s a chance to get my name out there, show off what I can do,” said Barclay.

She noted cake collaborations tend to be long-term affairs, as she knows of some already in motion for 2022 and 2023.

Barclay has been running Fancy that Cake for 11 years, making custom cakes on demand. She got her start in cakes taking lessons, and never imagined it would evolve into her full-time career.

“I only ever intended to do cake on the side,” she said.

But when her part-time office job fell through, Barclay started up a certified kitchen and got into professional baking.

She hasn’t looked back since.