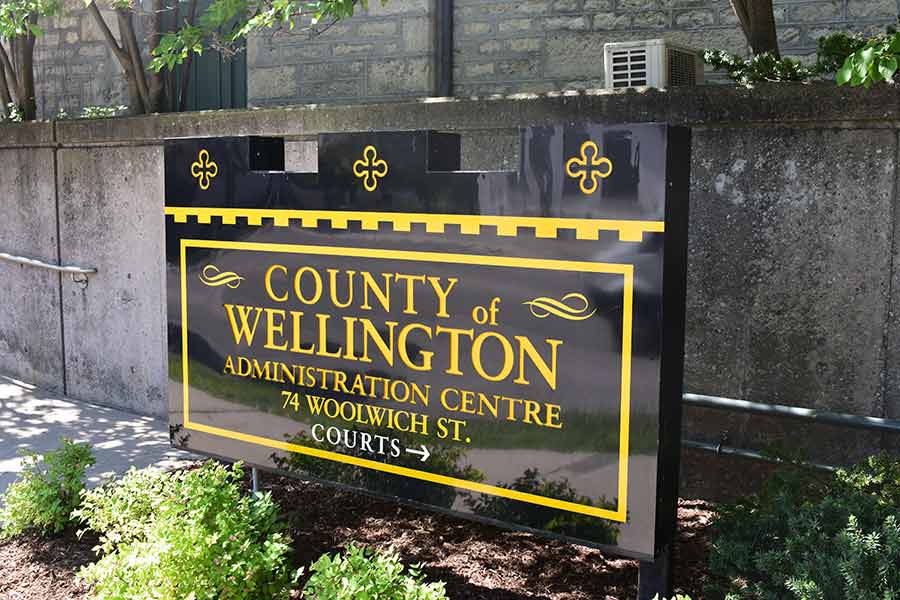 Aggregate taxation - Officials from the County of Wellington along with other members of the Top Aggregate Producing Municipalities of Ontario (TAPMO) met with Stan Cho, Parliamentary Assistant to the Minister of Finance on Aug. 18, to discuss the need to improve how aggregate properties are taxed across Ontario. Advertiser file photo

WELLINGTON COUNTY – Officials from the County of Wellington along with other members of the Top Aggregate Producing Municipalities of Ontario (TAPMO) met with Stan Cho, Parliamentary Assistant to the Minister of Finance on Aug. 18, to discuss the need to improve how aggregate properties are taxed across Ontario.

The meeting was held during the Association of Municipalities of Ontario (AMO) conference, where municipal and provincial policy makers come together, virtually this year, to discuss pressing issues facing both levels of government.

“The  bottom line is these gravel pits are not paying their fair share and it’s been that way for a while,” Wellington County Warden Kelly Linton stated in an interview with the Wellington Advertiser following the meeting.

In 2017, the Municipal Property Assessment Corporation (MPAC) and the Ontario Stone, Sand and Gravel Association came to an agreement to settle “legacy appeals” from the 2009 to 2016 taxation years.

The previous assessment method valued active areas of aggregate operations at industrial land rates on a per-acre basis, putting most county pits at between $40,000 and $50,000 per acre depending on the size of the pit. Other areas of the site were taxed based on the use of the land (farm or residential). The new method of assessment values active areas of aggregate operations at class 5 farmland rates, plus site preparation costs, to a maximum of $15,000 per acre province wide.

“That decision in 2017 really put us in a bad state. Where we have like 100-acre gravel pit operations that are paying less in property tax than many single-family homes and less than many small businesses across the county and that just doesn’t’ make sense,” Linton added.

Linton said he felt Cho got the message the group was trying to send.

“He really understood that this was a fairness issue and a common sense issue. So I think we had a pretty good meeting,” the warden stated.

Wellington County treasurer Ken DeHart said the changes made in 2017 exempted the actual aggregate from the assessed land value.

“Originally the intent of that change was to line up gravel pits and quarries to be assessed the same way as mines and other mineral extraction properties,” DeHart explained. “The problem with that was industry took that as a tax break, so they went and appealed their assessments  on the basis that they should be getting a tax break and … they came to this agreement with MPAC that significantly changed how these properties were assessed.”

DeHart said the immediate impact in 2017 was that $6 million in taxes were “written off and refunded to aggregate producers” by Wellington County.

“The intent of the legislation was to not add the value of aggregate to the land, but unfortunately this agreement that came into place between MPAC and the industry was that they took the value of the land and then subtracted the aggregate from it,” DeHart added.

“The other thing was the assessment would change going forward which brought upon significant losses for  the county and its municipalities as well,” said DeHart.

The treasurer noted Puslinch was “hit particularly hard” and would have been forced to increase taxes by 3.5 per cent had the council not made adjustments in other areas to compensate.

Puslinch Mayor James Seeley explained the issue was brought to the attention of the executive at TAPMO, “who endorsed this position that Wellington County has kind of spearheaded.”

“We’ve identified through all our members that this is something that we need to have fixed by the government. With the low tax assessment, it also leads to the lack of rehabilitation in these gravel pits, because now if they rehabilitate the gravel pit, it could lead to them paying more tax,” Seeley explained.

One solution proposed by the county and other TAPMO members is for the Ministry of Finance to create a separate property class for aggregate producing properties, as it did in 2015 for landfills, which enabled municipalities to maintain stability in local taxation levels and meet the needs of their communities.

Other recommendations include the Ministry of Finance issuing a directive to MPAC on how to assess these types of properties based on their true industrial or market value, using the same land values as comparable properties in the area, or removing the exemption of aggregate in the Assessment Act that limits the ability of MPAC to assess the full value of the property.

“Our goal is that the tax class will also encourage the aggregate industry to rehabilitate these pits, as well as pay their fair share to municipalities that are home to these operations,” he stated.

An Aug. 18 press release issued by the county states that under the current MPAC valuation system, aggregate producing sites generate significantly less revenue for municipalities and the province than other possible uses for the same land, costing municipalities across Ontario millions of dollars in lost tax revenue every year and negatively impacting their abilities to deliver services and programs to taxpayers.

“COVID-19 has highlighted the urgency for a policy-driven, equitable approach. Municipalities across Ontario are fighting to continue providing a high standard of services to our families and businesses who need them now more than ever. The lost tax revenue undermines our ability to enhance those services at the time when our residents are suffering,” said Warden Kelly Linton. “We know aggregate producers want to be part of the solution in terms of helping families and businesses get back on their feet – the very people who are carrying the burden of the current MPAC system.”

“We could invest this money back into infrastructure, which would end up benefitting our residents, businesses and the aggregate industry itself – which would be a more equitable solution.”

“This isn’t about additional tax burden on the aggregate industry. This is about fairness. Because if these large gravel pits are not paying their fair share of taxes that’s what falls on the hardworking families and businesses all across the County of Wellington,” said Linton. “I think that what we want at the end of the day and the message that we left (with Cho) is that we want a win-win solution. We want to make sure that aggregate producers can be good corporate citizens in the communities that they are part of.”

While he noted Cho made “no commitment,” Linton said the provincial official “said there was a lot of rationale behind our approach and it made a lot of sense.”