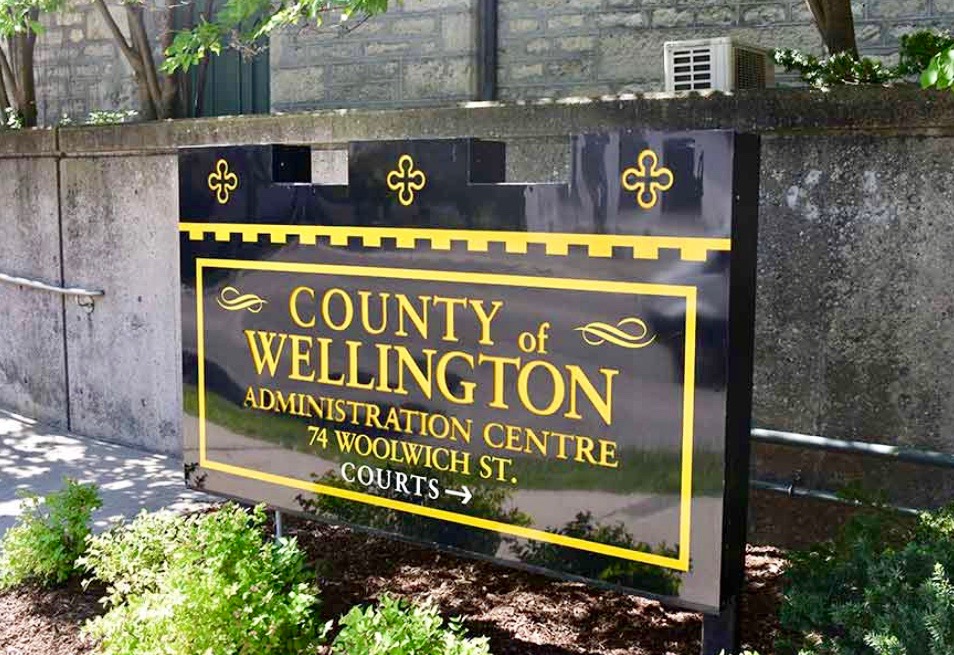 GUELPH – Non-union of employees of Wellington County will not receive a cost of living pay increase for 2021 and council members will have their remuneration frozen at 2020 levels for the coming year.

Wellington County Council agreed to both measures in a resolution approved after considerable debate on Sept. 24.

The meeting was held in the county council chambers at the administration centre, though several councillors joined via teleconference.

Discussion began with a vote on an administration, finance and human resources committee recommendation that non-union employees receive a 1.9 per cent “economic adjustment,” effective Jan. 1.

“I have trouble supporting an economic adjustment of this magnitude given the circumstances of many the people we serve who are suffering a fairly significant hardship,” said councillor Andy Lennox.

He called the increase a “fairly significant” cost in the 2021 budget.

“I just think it’s not in keeping with the tone that we should be delivering to our residents,” Lennox added.

Councillor Allan Alls asked to amend the motion to stipulate that council earnings remain at the 2020 rate and “there be no cost of living increase for all county employees.”

Warden Kelly Linton ruled Alls’ proposed change represented an entirely new motion and did not allow a vote on it as an amendment.

The cost of the increase would be $350,000 to county coffers and the percentage exceeded the current rate of inflation, noted councillor Jeff Duncan.

Councillor Mary Lloyd said, “I do find it a difficult time in which to be honouring wage increases for staff when there are so many struggling to buy their groceries and keep a roof over their head.”

Councillor George Bridge said not approving the staff increase would “put us in a bit of jeopardy.

“We do have a union. The union just settled for basically the same amount.

Bridge pointed out that during any municipal budget discussion “there’s always something – that people are saying, ‘It was a tough year.’”

Often, Bridge continued, such discussions lead to council not approving a pay adjustment “and at the end of the day you start losing staff members, because when we do get back to doing adjustments we are falling behind.”

Linton said, “I understand completely that this is a tough time for families and businesses across the county, but I do support this modest cost of living increase.

“I’ve been able to see first-hand over the last few months our staff and how they’ve stepped up to the plate in a big way to keep providing essential services in a very stressful environment.”

Linton pointed out the county’s long-term care staff “were tasked to do some significant work in stressful conditions. I think they deserve this.”

He also noted county child care staff also faced unusual challenges due to the pandemic “and the redeployed staff, having to do completely new jobs and their ability to be flexible to do this …

“I don’t think this is the kind of year that we don’t’ want to provide a cost of living increase to our staff.”

Linton stressed that thanks to grant assistance from upper tier governments, “we aren’t in a deficit position” due to the pandemic.

The motion was defeated in a recorded vote, with only Linton and Bridge and councillor Gregg Davidson in favour.

Councillor Chris White had declared a conflict of interest on the entire discussion and subsequent votes as his daughter is a county employee.

Alls then presented his proposed amendment as a new motion, calling for a freeze on council pay and no cost of living increase for non-union staff.

Alls said he has had many calls from residents in desperate financial situations due to the pandemic.

“I cannot, in all conscience, accept an increase myself, and by doing so I ask the staff to do the same,” he stated.

Councillor Campbell Cork said restraint would be needed to reduce a projected tax increase of 4.3 per cent in the 2021 budget.

“I think if we are serious at all about taking a run at 4.3 per cent I think we’re going to have to make some tough decisions,” said Cork.

“It’s no reflection on staff and I’d be pleased to take a cut in our salary, if necessary – so be it.”

Davidson said, “We have great staff … we also know a lot of people in the community are hurting.

“The idea of this was not to slap the staff.”

While noting he agreed with the freeze on council pay, Davidson proposed an amendment that would see non-union staff receive a one-per cent increase.

Councillor Doug Breen asked what the actual cost of living increase for a local resident would be.

Treasurer Ken DeHart explained the county uses a combination of provincial and City of Toronto figures that result in a current CIP increase of 0.6 per cent.

“I’ve been talking to a lot of people over the last little while who are in just dire straits,” said Breen.

He added he’s always been in support of cost of living increases, but due to this year’s extenuating circumstances would have to vote against it.

“But for councilors I don’t care. None of us are living on this anyway,” Breen stated.

Councillor Dave Anderson said he is concerned about creating a gap between union and non-union county workers.

“I support councillor Davidson’s motion that we give our staff a one per cent increase,” said Anderson.

Councillor James Seeley said he couldn’t support the motion because it exceeds the accepted inflation figure.

“I would support .6 per cent because that’s what COLA (the cost-of-living adjustment) is,” Seeley stated.

The amendment failed in a recorded vote, with only Bridge, Davidson, Linton, Anderson and councillor Diane Ballantyne in favour.

In another recorded vote, Alls’ motion of a freeze on council pay for 2021 and no cost of living increase for non-union workers was approved by a 9-6 margin.