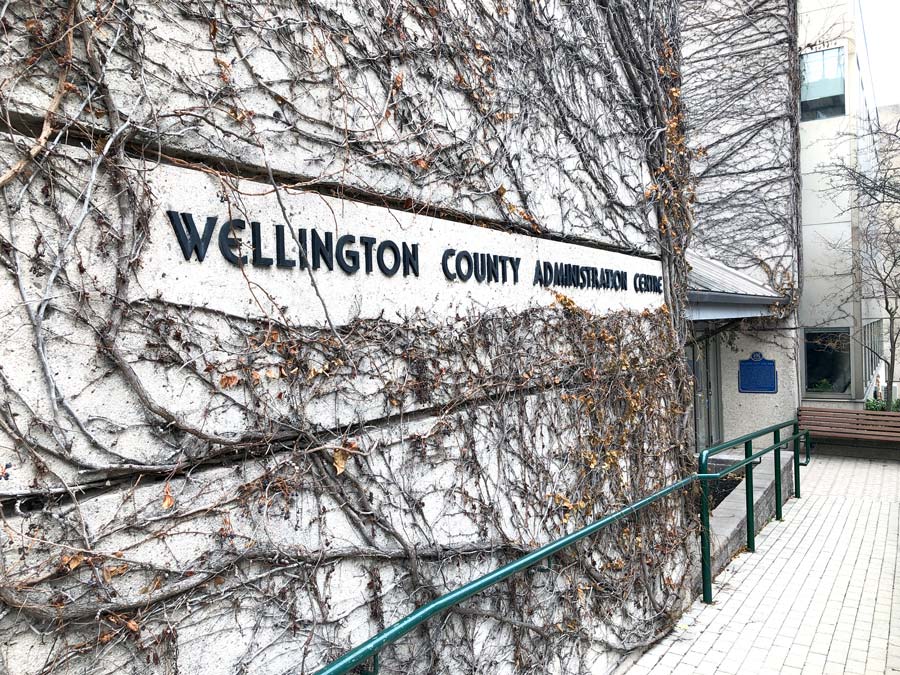 WELLINGTON COUNTY – County council is making plans to set up a $1-million fund to help local small businesses survive and recover from the financial impacts of COVID-19.

Member municipalities and county economic development partners such as Wellington-Waterloo Community Futures (WWCF) and the Saugeen Economic Development Corporation (SEDC) could be involved in the plan to provide low-interest loans to county businesses that have been negatively impacted by the pandemic.

A resolution to investigate the concept was approved unanimously at a meeting of Wellington County council held by teleconference on March 26.

The conference call format allowed for the public to dial in and listen to the meeting. Close to 40 residents joined the call, officials say

The first order of businesses at the meeting, which lasted just under an hour, was to pass a resolution deeming the county’s procedural bylaw to have been amended to allow for electronic meetings in accordance with Bill 187, Municipal Emergency Act, 2020.

Warden Kelly Linton said the intent of the new Small Business Recovery Fund would be to “get critical money into the hands of our local business at a time when many are facing difficult challenges with this COVID virus.”

Councillor Chris White, who chairs the county’s administration, finance and human resources committee, noted that while federal and provincial governments have allocated funds to help businesses through the crisis, it’s not clear that money will flow fast enough and “some of those things aren’t quite targeting what I think we need to do here.”

White, who is president of WWCF, noted the federal board is set up to give loans to very small businesses and incubator businesses throughout the county and Waterloo Region.

White told council he has talked with owners of numerous local businesses since the crisis began, including owners of local restaurants.

“They’ve closed down. They’ve lost all their perishable goods … They don’t know if they’re even going to be able to get through, let alone be able to reopen,” said White.

“When we come out of this, what’s going to happen is a lot of these business, frankly, will be gone … and if you look at the commercial taxes and the jobs lost and all of the impacts of having these downtown businesses disappear, it’s going to be very harsh.”

White noted the county would not be “looking at funding the big players.”

County money could flow through the Futures program, which already has the expertise and application processes in place, providing a similar level of aid to each business, White explained.

The $1-million figure, White pointed out, is “very arbitrary.” Allocating that amount, he said “doesn’t mean we’re going to use it all. It’s just kind of a benchmark.

“I should make sure everybody’s absolutely clear. These are loans. We’re not looking to give grants.”

White said the staff report is needed to determine several things: “One – is it legal? Two – what are the logistics behind it? Three – can we tie it into the CIP, etc.?”

Linton stressed the motion directs staff to research the program, including “to look at existing budgeted funds to see where this money might come from.

“Hopefully we get a good percentage of this money back,” Linton commented.

“It is a real interesting opportunity for us to take some money that’s allocated to something else, to something that the business community in our areas desperately needs and needs it fast.”

Councillor George Bridge said, “I think we can do it through our CIP program. But we need some direction from the government as to how that can flow through.”

Bridge, who chairs the county’s economic development committee, said some businesses that survive current shutdowns will find themselves virtually starting over.

“What’s going to happen after they’ve been laid off for three or four months, if that’s the case, a lot of them will be almost like start-ups again,” he said.

“They’re going to be starting from fresh and they won’t have an income. I think that’s really what happens and the banks won’t help you in those situations.”

Councillor Mary Lloyd said, “It is a scary time when you’re in a small business and you’ve had to turn off the lights and you don’t know when you’re going to be able to turn them back on.”

White said the program would be set up to ensure businesses receiving the funds wouldn’t be just adding more debt than they can handle.

“What we don’t want to do here is create a situation where we make the situation worse for these businesses. We’re here to give a hand up,” he said.

“I fear that we may get caught in the weeds of this thing and it drags on too long,” said Breen.

Linton noted the WWCF and SEDC organizations have a set of criteria and protocols established for that purpose and  “we can kind of piggyback on those process.”

White pointed out the kinds of loans being offered, which might range from $10,000 to $25,000, will play a role in the sorting process.

“The amount of money being offered up is going to restrict the program to some degree. I don’t see Linamar coming to us for ten grand,” said White.

Councillor Jeff Duncan said, “I think it’s a very appropriate use of county resources. This is an opportunity that we have to support both the residents and the businesses.”

Linton said the next step in the process is convening a meeting with WWCF and SEDC, as well as county financial staff and White and Bridge.

“And then we can have another emergency meeting of council early next week to approve something and get this out the door as quickly as possible,” the warden explained.