GUELPH – Wellington County councillors have directed staff to develop a report on a proposal that would see a native land acknowledgement become part of council meetings and other designated county functions.

Councillor Don McKay introduced a motion on Feb. 27 to “acknowledge the Indigenous people on whose traditional territory we are meeting” at the beginning of council meetings and other meetings or events “where it is appropriate.” 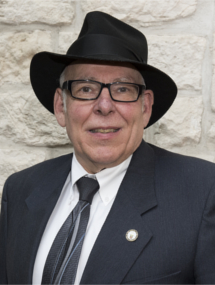 After introducing the motion, McKay offered an amendment to have the motion referred to staff with direction to report back at the June council meeting.

“Acknowledging the land and territory that we are on is a long-standing Indigenous cultural practice,” said McKay.

“Land is sacred to Indigenous people and much of their traditional knowledge and teachings derive from the land, so acknowledging the land is a way of showing respect for it. Adopting this practice is a way to think about our relationships with Indigenous people as well as incorporate Indigenous tradition…”

McKay cautioned that if it adopts the practice, council should take care to ensure it doesn’t become rote and is accompanied by other concrete action.

“Even advocates of Indigenous people have warned that the script can be a disingenuous … and a symbolic way to appease First Nations without taking meaningful action,” he stated.

However, he added, “I’ve come to believe that land acknowledgement is a start of action … [it] is a recognition of the truth, a kind of verbal memorial that those that speak it respect and honour Indigenous people.”

McKay continued, “Acknowledging that we are on the traditional territory of Indigenous people is acknowledgement of our country’s history and a gesture of respect. It is but one mini-step on the journey toward reconciliation.”

Councillor Diane Ballantyne supported both the motion and the idea of ongoing action.

“A land acknowledgement is a symbolic restorative act, one among many to follow as part of a wider and hopefully transformative reconciliation project. It’s a tool to both educate and provide an opportunity for reflection,” said Ballantyne.

“Territorial acknowledgments are a very small step in recognizing their traditional way of life and also recognizes that we as settlers forcibly disrupted their way of life to benefit our own.”

Councillor Doug Breen said he had taken a “completely unscientific” survey of First Nation friends and suggested council try to avoid a couple of potential pitfalls.

Breen said he was told, “If it’s just going to be meaningless lip service, if it’s just going to be patronizing, then don’t; don’t insult us this way. But if you’re actually going to use it as a jumping off point to do things that could ultimately reconcile what’s happened up to this point with a group of people, then please do.”

Breen also said he was advised, “It’s a bit messy sometimes to figure out which group … or which groups you’re going to acknowledge.

“It’s not as simple as just going through the geography. There’s an elongated history there too, so I really think that we make sure, if we’re going to do this, that we do it right and that we’re acknowledging the right people,” Breen added.

“I think this should be a bit of an evolution … There’s a lot of nuance to this,” said Lennox.

“Send it back to staff to do some research … and then we have another chance to weigh in before we move forward.”

The motion was approved by council as amended.