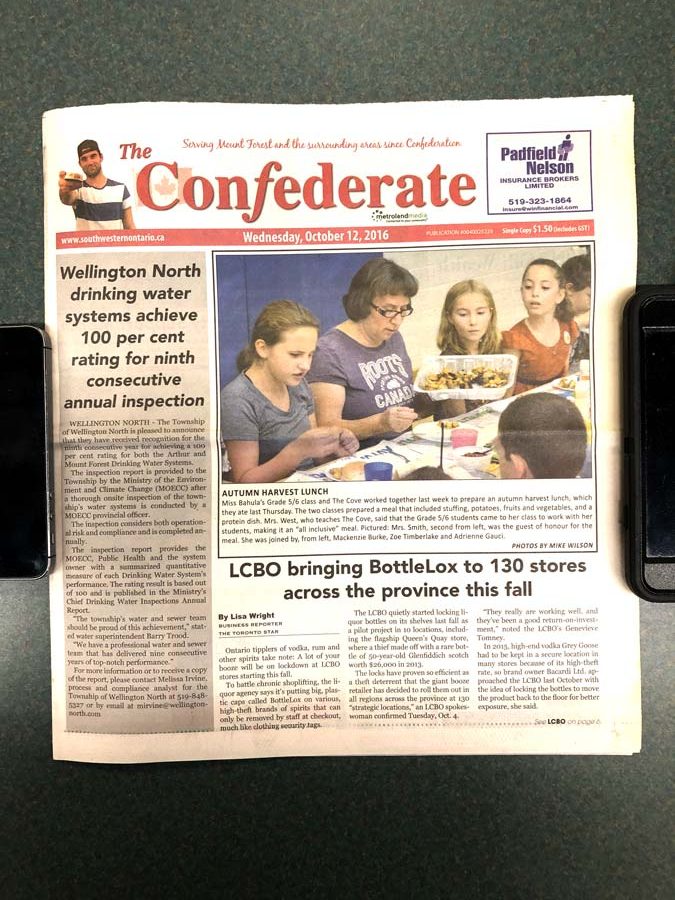 The Mount Forest Confederate served the town and surrounding community for more than 150 years.

It was first published a week after Canada’s Confederation on March 29, 1867 when Queen Victoria gave assent to the British North America Act, and thus named the Confederate.

For almost 40 years, when I told people outside of Mount Forest and area that I worked for the Confederate, I had to add that it was a community newspaper.

As far as anyone knew, there wasn’t another newspaper named the Confederate  in the world. 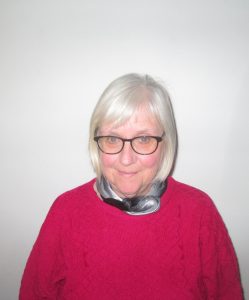 Lynne Turner
is a freelance
reporter with
the Community
News.

Last year, in 2019, The Mount Forest Confederate quietly disappeared. Coverage from the local community had declined to only a handful of stories a week and in August it was replaced by the Independent Plus.

I had begun applying for jobs at newspapers even before graduating from college. After answering an advertisement for “a junior reporter at a small southwestern Ontario weekly newspaper”, I received a call from David Wenger, publisher and editor of the Mount Forest Confederate.

He admitted years later that I was granted an interview because of the fact that I had been working as a highway construction “flag girl” since graduation and that peaked his interest.

Dave Wenger and his wife, Mary, had moved to Mount Forest in 1971 when Dave assumed the leadership role at the Confederate.

Wenger Brothers – Dave’s father Barry was publisher at The Wingham Advance Times and his uncle Bob Wenger was publisher of The Listowel Banner – had purchased the Mount Forest newspaper from Helen Fair a few months earlier.

Mrs. Fair had published the paper for several years after her husband, Ivan, died.

I have Mrs. Fair’s office chair in my home office and it is one of my prized possessions.

Dave Wenger was publisher/editor and Campbell Cork was senior reporter when I replaced a zucchini they had propped up at the desk at the very back of the office.

One of the very first photos I took for the Confederate was of Mount Forest Kinette Sharon Wilson and her mother Vera Littlejohns of Flesherton at the Kinette Club’s mother-daughter event.

Coincidentally, Sharon came to work at the Confederate a few years later.

One of the very first articles I wrote was about Rev. Gary Stopps, the new minister at First Baptist Church. His wife, Ruth, wasn’t at the service because she had just given birth to the first of the couple’s two sons. Coincidentally, I also wrote the story and photographed Rev. Stopps’ retirement just before I retired myself.

Dave Wenger, sadly, died several years ago and Campbell Cork has gone on to become a Mount Forest historian, publishing BizBull once a month and the Homer magazine each Christmas. He was elected to county council in the last municipal election.

Dave Wenger was very involved with the Ontario Community Newspaper Association (OCNA) during his time at the Confederate and was the driving force behind the OCNA’s still very successful Junior Citizen of the Year program.

The Confederate was an old-fashioned community newspaper, the kind with photos of fall fair royalty, the Santa Claus parade and little kids selling lemonade on a hot summer’s day.

We covered several councils prior to amalgamation and, afterwards, Wellington North, the Municipality of West Grey and the Township of Southgate. Local sports, church and school activities were high on our list of events to cover.

I attended more school concerts and graduations than a woman with a dozen children. We celebrated 60th wedding anniversaries and 90th birthdays with stories and photos.

And we published old-fashioned social notes – “who visited who” – written by volunteers from dozens of communities, some of which, like Little Ireland, South Bend and Spring Hill, no longer existed except in the minds of old-timers.

Jim and Josephine Feairs, and then Josephine herself after Jim’s death, wrote the Cedarville social notes for over 50 years.

When the OCNA celebrated its 50th anniversary by honouring 50 people in the newspaper business, I was honoured to take Mrs. Feairs and Laura Dally, who had written Spring Hill and Mount Forest social notes, to the gala dinner in Toronto as joint honourees.

The Confederate won many OCNA and Canadian Community Newspaper Association awards over the years.

Dave Wenger sold the Confederate, and the staff along with it, to the Newfoundland Capital Corp. in April 1989.

It was sold several more times over the years and was owned by Metroland, a subsidiary of the Toronto Star, when first the Confederate office was moved to Listowel and the newspaper itself shut down.

A couple of years after retiring I realized that you can take the newspaper away from a lifelong journalist, but you can’t erase the passion for newspapers.

So I trekked down to Fergus, met with Wellington Advertiser publisher Dave Adsett and editor Chris Daponte and started my new “career” as a freelance writer/photographer for the newspaper that had been the Confederate’s competition (and the bane of my existence each and every time they published a story out of Wellington North that I didn’t know about first).

My first assignment as a freelancer for them was a photo at Louise Marshall Hospital. Those who were to be in the picture knew I had retired. They knew a reporter was there to take a picture for the Confederate. And they were probably as shocked as I was when I said I was taking the photo “for the Advertiser”.

It was one of the weirdest moments of my life! I am used to it now and am quite proud to take photos for the Advertiser, ensuring that Mount Forest is still “in the news”.

I am thrilled I was asked to write a column about the Confederate for the new North Wellington Community News.

I am so happy that this sister publication of the Advertiser will be filled with news from Mount Forest, Arthur, Harrison, Palmerston, Drayton and Wellington North – the same as the now-defunct Mount Forest Confederate, Arthur Enterprise News, Palmerston Observer and Harrison Advance were in  their prime.

I look forward to doing more freelance assignments for the new publication and wish it all the luck in the world.

Our area deserves to have a newspaper to call its own.