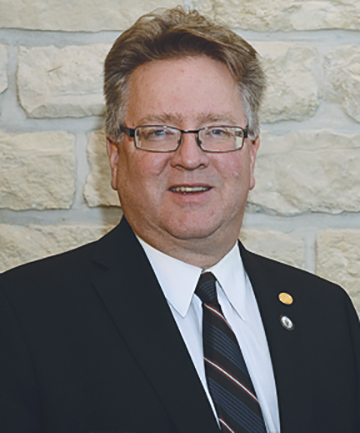 Once organized along party lines, the Senate, reformed under Prime Minister Justin Trudeau’s Liberal government, has appointed only Independent senators who do not formally align with the Liberal Party of Canada. The reforms have  left a small Liberal holdover contingent, a Conservative caucus and a growing Independent Senators Group in the chamber.

Members of the Independent Senators Group are not allowed to be part of a political party. However, the CSG is different because members are allowed to hold party affiliation and take part in partisan activities, but will not be expected to toe the line for their party or the group.

In announcing the CSG’s formation on Nov. 4, officials stated the group is united by belief in independent research and a desire to represent regional, as well as national interests.

Black, a Centre Wellington native and former Wellington County councillor, who was appointed by Trudeau as an Independent Senator on Feb. 15, 2018, said he only recently learned of plans to form the new group.

“I was approached about a week and a half ago and asked if I might be interested and it made sense to me. I think there’s been discussion for some time … I would say over the summer months folks have been discussing it,” Black told the Wellington Advertiser in a Nov. 4 telephone interview from Ottawa.

Black said he likes the diverse makeup of the new group and the opportunity to remain independent..

Black said he believes the Senate could function well with a number of smaller affiliated groups.

“I’m interested in seeing a modernized Senate and in my mind a number of smaller groups with a voice makes a lot of sense ,” said Black. “So ultimately this group may have 20 to 30 people and down the road maybe there will be four or five groups that have 20 to 30 people and then we really have to work together to get things moving in the senate from my perspective.”

Black said the group’s interest in regional interests will allow him to continue to focus on issues of interest to him.

“I will always stick up for Ontario and ag/rural and agri-food. That’s where I’ve made my mark, or at least played a role in the last 20 months.”

Black said he sees no conflict with a group promoting regional interests within a national deliberative body.

“I think we will bring regional perspectives to the national discussion on national issues. So I don’t see it as incongruence so much as just making sure that regional interests are looked at … whether its ag, whether its Ontario, whether it’s the west, the east, we have representation form across Canada,” he explained.

Black said he doesn’t feel the group’s formation has anything to do with the results of the Oct. 21 federal election, which resulted in a minority government with few members of the governing Liberals from Western Canada and a renewed western separatist movement as well as a resurgence of the Bloc Quebecois in Quebec.

“In any of the discussion that I’ve had in the last week and half that has never come up. I know there are folks that are from Alberta that are in this particular group, but that particular issue has never been raised,” said Black.

The Senator said he does not expect a lot to change in the way he approaches his duties as a result of joining the new group.

“Personally for me I don’t see a lot of change. When I vote, I vote my own conscience, or through what I’ve done in research … and that won’t change. This new group is not whipped and that was critical for me … but what we do pride ourselves in is robust research and we will get to the bottom of things as we make our decision.”

Black said he believes the new group will be a force for moderation.

“I think we go down the centre. We’re sort of centrist, moderate. We’re looking for a Senate that does good work – that’s it,” he stated.

“I would say going forward the will of the majority is less apt to overrule the minority in a Senate that has a number of smaller groups … that was what excited me about it,” he noted.