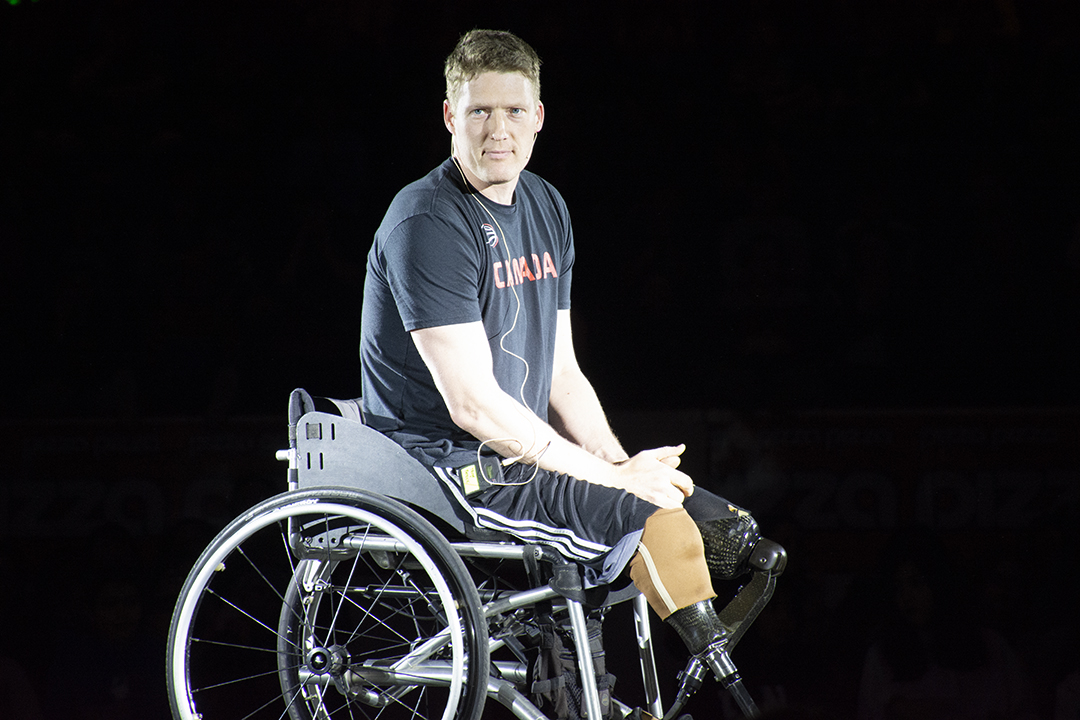 OTTAWA – The 24 wheelchair basketball players who will compete for gold at the Lima 2019 Parapan American Games in August were announced by Wheelchair Basketball Canada and the Canadian Paralympic Committee on July 18.

The men’s team includes Fergus native Patrick Anderson, who led the Canadian senior men’s national team to a silver medal at the 2017 Americas Cup and was named male athlete of the year for 2018 by Wheelchair Basketball Canada.

Anderson has reached the Paralympic podium four times, with three golds and one silver medal.

The Canadian men, silver medallists at the Toronto 2015 Parapan Am Games, finished 12th at the world championships last year.

They are the third-highest ranked team from the Americas, behind the U.S. and Argentina.

The squad will be led by co-captains Bo Hedges and David Eng, as well as Anderson, who Wheelchair Basketball Canada calls “arguably the best wheelchair basketball player ever”.

Responding to questions from the Advertiser during a tournament in Poland last weekend, Anderson said it has been a great satisfaction to see young players develop.

“It reminds me to think way back and be grateful for the coaches and supporters who invested so much time and energy in my development,” said Anderson, who will be 40 years old at the Parapan Games.

“I’ve always tried to represent my generation well and not let the inevitable changing of the guard happen too easily.”

He sees the U.S. and Great Britain as setting the gold standard for the sport.

“I hope we get a chance to play them and see how we measure up.”

In both men’s and women’s action in Lima, Canada will compete in Group A for the preliminary round alongside Mexico, Argentina, and Colombia.

“Argentina is an experienced, disciplined team with size and skill,” said Anderson. “We generally do well against the South American teams when we push the tempo, which takes a lot of energy and tests our fitness.  Hence the long summer of training.”

“Maybe because there are so many options these days, from sledge hockey, to hand cycling, to skiing etc.  Maybe it’s video games.  Maybe we haven’t sold the sport well enough.

“That said, the passion for the game still runs deep in Canada and we have great advocates across the country.”

Anderson was a speaker at Empowerment Day held May 2 by the Upper Grand District School Board. He said wheelchair basketball reduces the advantage of height and raw athleticism, and “encourages students to call upon other resources, like adaptability, creativity, and teamwork.”

He said the sport highlights the fun and beauty of limitations.

“It’s like soccer,” he said. “Soccer asks, what can you do with a ball when you can’t use half your limbs? Wheelchair basketball asks the same question. It just takes away different limbs.”

Canada won the silver medal in the women’s wheelchair basketball tournament four years ago at the Parapan Am Games.

At the Rio 2016 Paralympic Games, the Canadian women were fifth overall, but second in the Americas behind the U.S., who won gold.

The Lima 2019 Parapan American Games will take place Aug. 23 to Sept. 1 in Peru and will surpass Toronto 2015 as the largest Parapan Am Games ever, with a record 1,850 athletes set to participate.

Canada is expecting to send a team of approximately 152 athletes and competition partners in 13 sports.