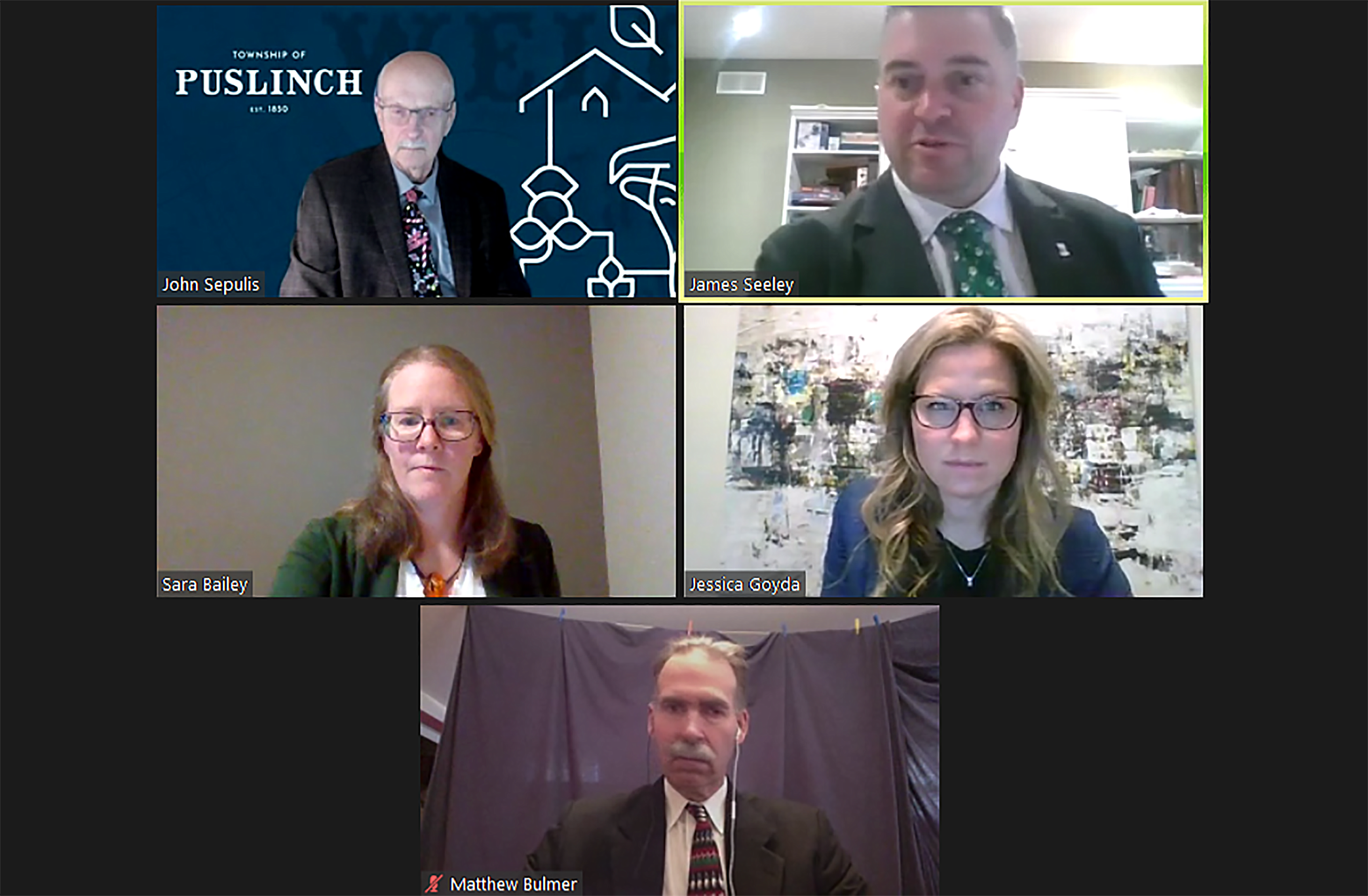 PUSLINCH – There will be increased OPP enforcement when “No heavy trucks” signs go up along portions of Watson Road and Macpherson’s Lane in Puslinch next week.

Council approved a bylaw at its Dec. 15 meeting to add the two roads to the existing list of prohibited heavy truck traffic routes within the township.

A report from CAO Glenn Schwendinger states the township has received complaints about heavy truck traffic on stretches of the roads – Watson Road between Wellington Roads 34 and 36 and Macpherson’s Lane between Highway 6 and Maddaugh Road.

Watson Road South was pulverized and re-paved in 2020 with 60mm of asphalt – a standard intended for small vehicular traffic and occasional heavy truck traffic deliveries.

There are roads in the township designed for heavy trucks, primarily around aggregate and industrial parks and the major thoroughfares. They have been designed and engineered with a minimum 110mm of asphalt to accommodate the daily heavy truck traffic.

“The result of heavy truck traffic on a 60mm asphalt road is severe tire rutting and the outside edge of the asphalt cracking,” the report states.

“This results in increased maintenance and shortens the life expectancy of the road and ultimately requires a road to be reconstructed prior to what is identified in the township’s Asset Management Plan schedule.”

Schwendinger said the township expects to complete its Road Management Plan next spring, which will include an assessment of the condition of its roads, and recommend traffic control measures.

This bylaw is meant to be temporary to protect the road infrastructure while the assessments are underway and the designation can be revisited once the Road Management Pan is complete.

Councillor Matthew Bulmer wanted to know if there would be increased enforcement to give the bylaw some teeth.

He lives on Watson Road and believes most of the heavy trucks are passing through the township on their way to the Guelph industrial park hoping to avoid traffic on the approved routes.

“Yes,” said Schwendinger. “We had discussions with OPP and it is going forward. These directives will be enforced by them.”

Public works, parks and facilities director Mike Fowler said the signs are in the shop “and next week they will be erected.”