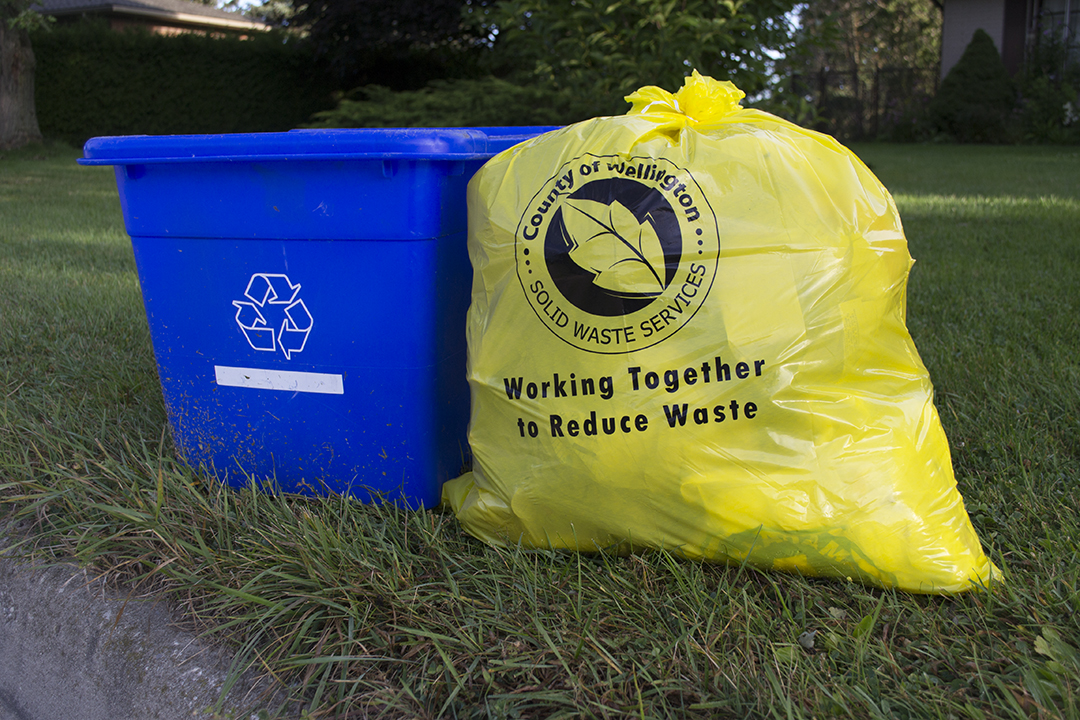 WELLINGTON COUNTY – While it won’t be happening as soon as local officials had hoped, a move to transition responsibility for recycling to full producer responsibility is expected to save Wellington County about $2 million per year beginning in 2025.

The Waste-Free Ontario Act of 2016 began a process through which stewardship programs for various waste materials are being transitioned to full producer responsibility.

The move requires manufacturers of certain consumer products and packaging to take financial, environmental and, in some cases operational, responsibility for the end of use management of the materials.

In June, Wellington council indicated to the province a preference to transition the county’s recycling system to full producer responsibility on July 1, 2023, the first of three dates provided for a staged transition. The other dates were in 2024 and 2025.

A Nov. 10 staff report from solid waste services (SWS) manager Das Soligo indicates municipalities representing nearly 40 per cent of Ontario’s population had chosen the earliest date, while the province was aiming to transition approximately one-third of the population in each year during the three-year period.

Wellington was assigned a transition year of 2025.

“So we will end up having to manage the Blue Box program for about three years longer than we had hoped for,” said councillor Gregg Davidson, who chairs the SWS committee, at the Nov. 26 Wellington County council meeting.

“And it’s anticipated that once we do transition, there will be about $2 million in savings, so … we’re going to be sucking up that $2 million a year for an extra three years in transition.”

On Oct. 19, the province announced that recycling systems across the province will transition from the current 50-50 cost share between municipalities and producers to one that is 100% funded by industry.

In the report, Soligo notes: