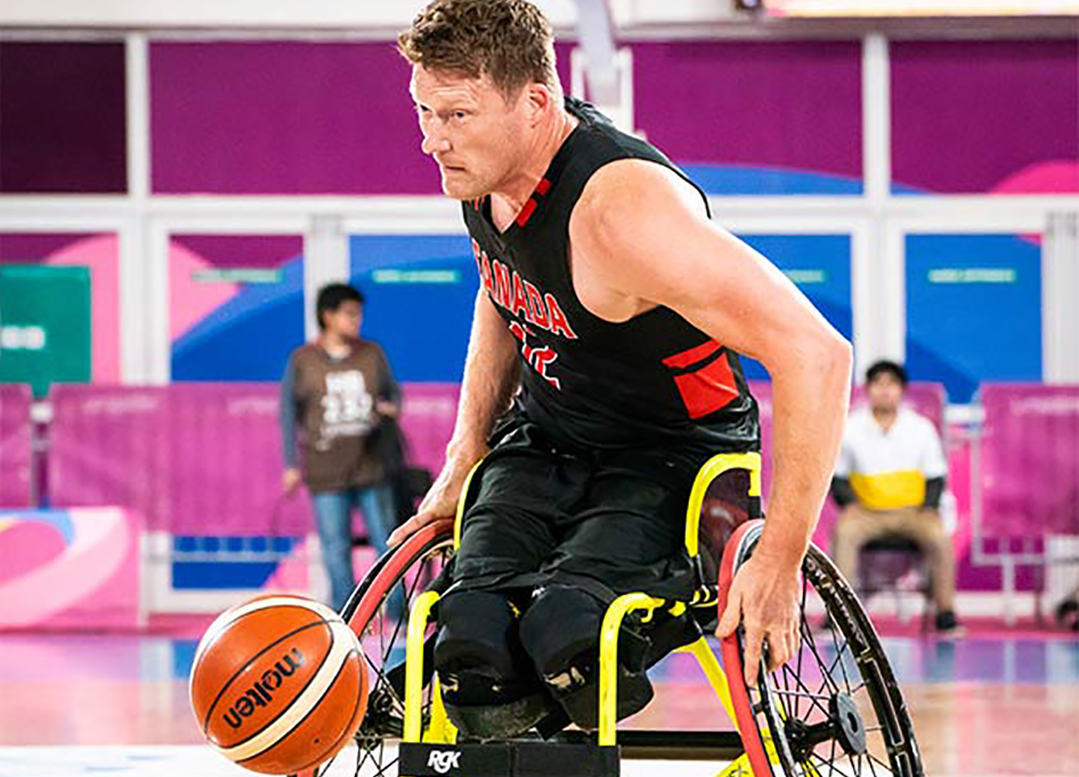 Patrick Anderson chases a loose ball during the Canada-U.S. gold medal game in wheelchair basketball at the Parapan Am Games in Lima, Peru on Aug. 31, 2019. Photo by Dave Holland

CENTRE WELLINGTON – Fergus was the home of Paralympic athlete Patrick Anderson and three students at Elora Public School think there should be signs at town entrances to celebrate that fact.

The girls said Anderson spoke to the school in a virtual presentation in September and they were inspired when they learned of his achievements and surprised they hadn’t heard about him before.

“We want to change that,” they said. “More people should know about him.

“He is the greatest and most inspiring athlete to come from Centre Wellington and the best wheelchair basketball player ever to play the sport.”

Anderson was born in Edmonton and grew up in Fergus and was always a fine athlete. In 1989, at age nine, he was hit by a drunk driver and lost his legs. 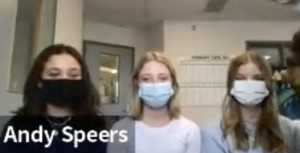 But he parlayed his love of sport into wheelchair basketball and with a dizzying trajectory, Anderson hurtled to national and international acclaim.

In their presentation, the girls noted that Brantford has a sign boasting it is the home of Wayne Gretzky and numerous other athletes are celebrated by their hometowns as well.

“We have the opportunity to be the first town to recognize a Paralympic athlete,” they said.

The girls suggested installing two signs – one each at the north and south entrances to Fergus on Highway 6 – that are about the same size as the population sign.

They said they have permission from Anderson to use wheelchair basketball logos, and the cost of the signs would be about $200 apiece.

“The sign is a great way to honour a great Canadian and a great human being,” they said.

Mayor Kelly Linton said because the signs would be on Highway 6, the Ministry of Transportation would have to be consulted. He said staff will look into what’s required and the matter will come before council again.

“You’ve given us a bit of work to do and we appreciate it,” Linton said.