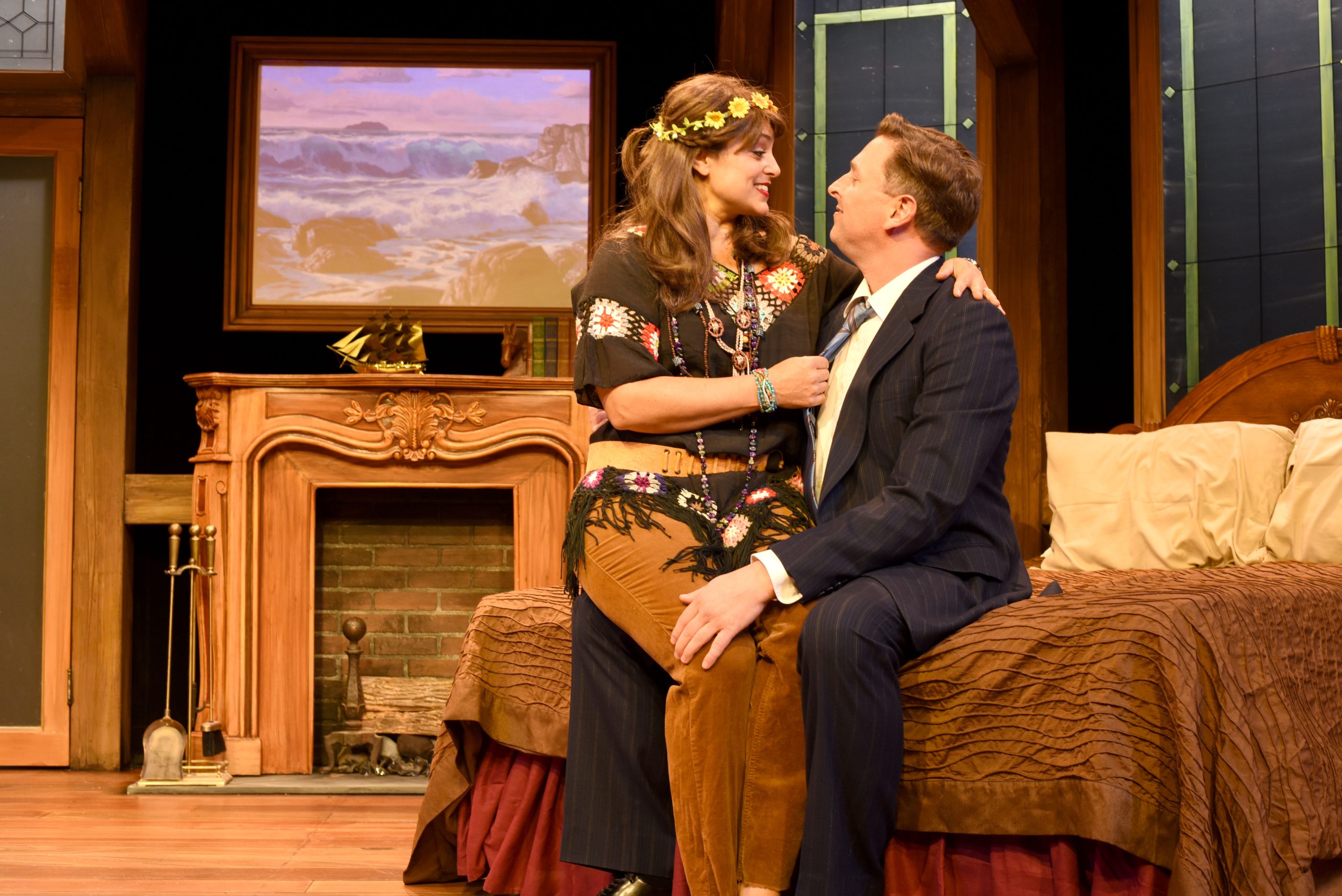 ORANGEVILLE – “If you ever did that to me, I’d kill you.”

Surely a few people expressed this sentiment to their partner after watching Same Time, Next Year, which opens the 2021-22 season at Theatre Orangeville.

After all, the play features a 25-year extramarital affair between Doris (played by Jane Spence) and George (Jeffrey Wetsch), who decide to turn a one-night stand in 1951 into an annual weekend rendezvous.

Admittedly, it can be hard to reconcile a great love story (the affair is about much more than just sex) with the damage the characters could be inflicting on their respective marriages and families back home.

But then again, married or not, there’s no reason to over-think it: the romantic comedy, based on the 1975 Broadway hit that was adapted into a 1978 film of the same name starring Alan Alda and Ellen Burstyn, is wildly entertaining.

The characters’ changes over 25 years can appear dramatic – a few times they seem to swap conservative and liberal ideologies – but several years pass between each scene and the reasons behind the transformations are brilliantly revealed by late playwright Bernard Slade.

Spence and Wetsch, both well known to Theatre Orangeville regulars, are remarkable as the affable adulterers, who, like the rest of us, are just trying to make sense of the world and their place in it.

Some of the material is a bit dated but Spence and Wetsch, surely aided by director David Nairn, manage to breathe new life into parts of the script as their characters deal with the trials, tribulations and triumphs that come with marriage, children and careers.

As usual, set designer Beckie Morris deserves a lot of credit for her brilliant work here. Costume designer Alex Amini also deserves praise for outfits that accurately relay the advancing timeline, aided by videography from Sara May and lighting by Rebecca Picherack.

David Nairn couldn’t hide the emotion in his voice on Oct. 13 as he welcomed a live audience back to the theatre for the first time in close to 600 days.

Just a couple dozen people attended the first preview show, but the hope was the comparatively quiet standing ovation was enough to relay the audience’s profound appreciation for the actors, staff and theatre officials.

After a tough 19 months, it was a wonderful gift to once again return in person to a live theatre production. It was a great show and it felt safe.

This reviewer missed it much more than he had realized.