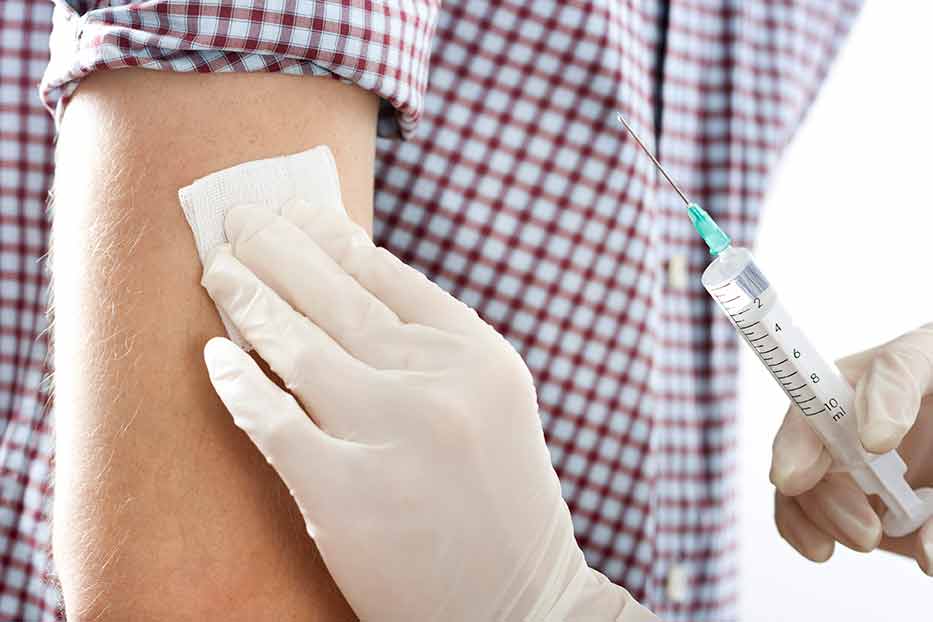 GUELPH – Wellington-Dufferin-Guelph Public Health (WDGPH) will be setting up vaccination clinics in high schools in the coming weeks to make vaccines accessible to students and staff.

It will also be increasing the number of pop-up and mobile clinics it operates in an effort to reach the unvaccinated population, which it estimates is about 40,000 people in this region.

Director of community health and chief nursing officer Rita Isley outlined to the board of health at its Sept. 8 meeting how the health unit has rolled with the punches as it rolled out the vaccine.

In June, the health unit administered 136,974 doses of the COVID-19 vaccine – its biggest month to date and that was due to many factors.

First, the WDGPH region was declared a hotspot for the Delta variant, “so we had to accelerate our campaign,” Isley said, adding June was the first time officials administered more second doses than first doses.

As well, the vaccine was approved for youth aged 12 to 19 and the push was on to deliver shots to this population so they could have two doses before the end of the summer.

There was also a shortage of the Pfizer vaccine, though the health unit had plenty of Moderna and started promoting mixed use.

And July continued to be busy with 100,637 doses administered. July is also when WDGPH started pop-up clinics.

“We recognized we weren’t reaching a portion of the population,” Isley said. “Pop-up clinics allow us to go where the people are.”

It was also in July when WDGPH began offering drop-in times for vaccines, with no appointment necessary.

August marked the biggest shift in vaccine uptake, however.

“It was almost like hitting a wall,” Isley said.

“We realized we had hit the peak. People who wanted the vaccine had come.”

This is when mass vaccination clinics were closed, and public health transitioned to smaller hub sites instead.

It also amped up the pop-up and mobile clinics and accessed one of the province’s GO-VAXX buses, all of which enabled them to get to remote parts of the region, smaller centres and targeted populations.

“It takes a lot of effort. It’s not a huge number but is the hardest group to reach.”

Because of the Delta variant, officials say 90% of the population needs to be vaccinated to reach herd immunity.

Vaccine mandates in workplaces and the vaccine passport, which will be required for travel, to attend gyms and indoor dining, have had an impact in terms of getting more shots in arms.

WDGPH is also planning for the day when the vaccine is approved for children aged five to 11. Approvals are expected within a month or two. There are about 25,000 children in this age group in the region.

Karen Mulvey, manager of vaccine preventable diseases, told the board WDGPH has set up a satellite hub with infection protection and control (IPAC) experts to train staff in congregate care settings to manage the pandemic through the fourth wave.

Mulvey said 56% of COVID-19 deaths were among residents of long-term care and retirement homes, which usually don’t have an IPAC specialist on staff.

Having an IPAC hub and experts who can assess sites before an outbreak and train staff in the event of one, is getting the most from the provincial funding dedicated to the endeavour.

When it comes to vaccine hesitancy, “Access is only one factor,” said Dr. Nicola Mercer, medical officer of health. “Trust is one of the big factors.”

Dr. Matthew Tenenbaum, associate medical officer of health, noted that while “people were clamouring for the vaccine” back in January and February that’s not the case anymore.

“We need to pull on policy levers to normalize vaccination,” he said, adding workplace vaccination mandates and certification are persuading some vaccine-hesitant folks to get the shot.

“Do what you can within the span of your control to promote immunization,” he urged board members.

George Bridge, who is mayor of Minto and chair of the board of health, told the board that Minto has mandated vaccines for all its employees.

“We have to be leaders in this,” Bridge said. “We’ve taken some flak, but we’ve done it in Minto.”