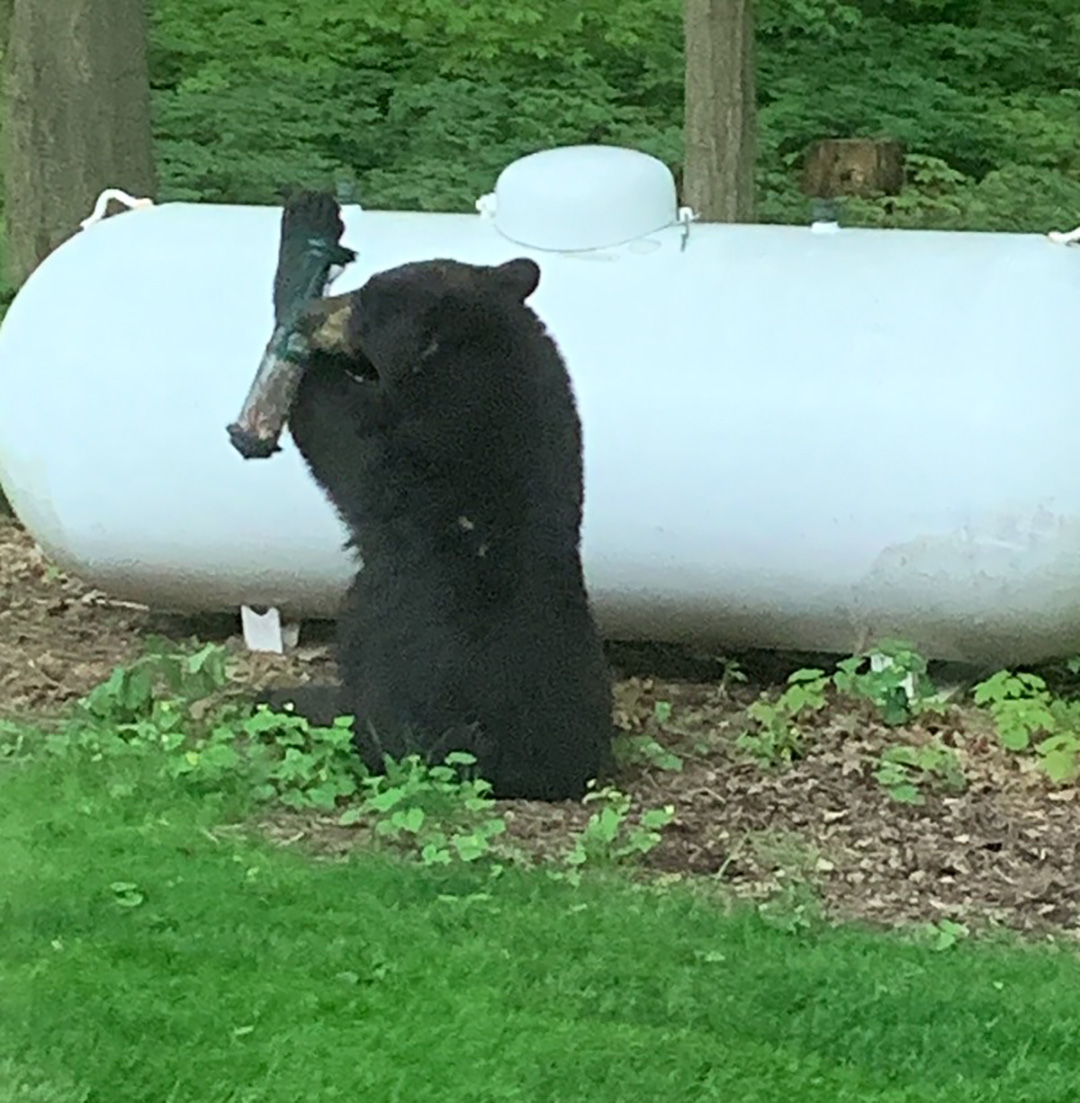 This black bear was spotted on a rural property on May 27 at about 8:30pm in the area of 4th Line and the Halton-Erin Townline.

On May 26 at about 9am Wellington County OPP officers were called to the area of 1st Line and Erin-Garafraxa Townline in Erin, southwest of Orton near the border with Centre Wellington, for a report of a black bear in the area.

Police say there was “evidence to suggest a bear wandered onto some properties during the night.”

The next day, at about 8:30pm, the OPP was called for a bear sighting in the area of 4th Line and Halton-Erin Townline, between Crewsons Corners and Balinafad, where a witness captured images of a black bear on their property.

On May 29 at about 6:30am, the OPP responded to reports of a black bear in the area of Wellington Road 124 just south of Guelph Lake in Guelph-Eramosa.

Ministry of Natural Resources and Forestry (MNRF) officials say residents can reduce the chances of attracting bears by:

The MNRF offers the following tips for anyone who encounters a bear:

The ministry also offers tips for those approached by a bear:

If a bear poses an immediate threat to public safety by exhibiting threatening or aggressive behaviour, call 911 or the OPP at 1-888-310-1122.