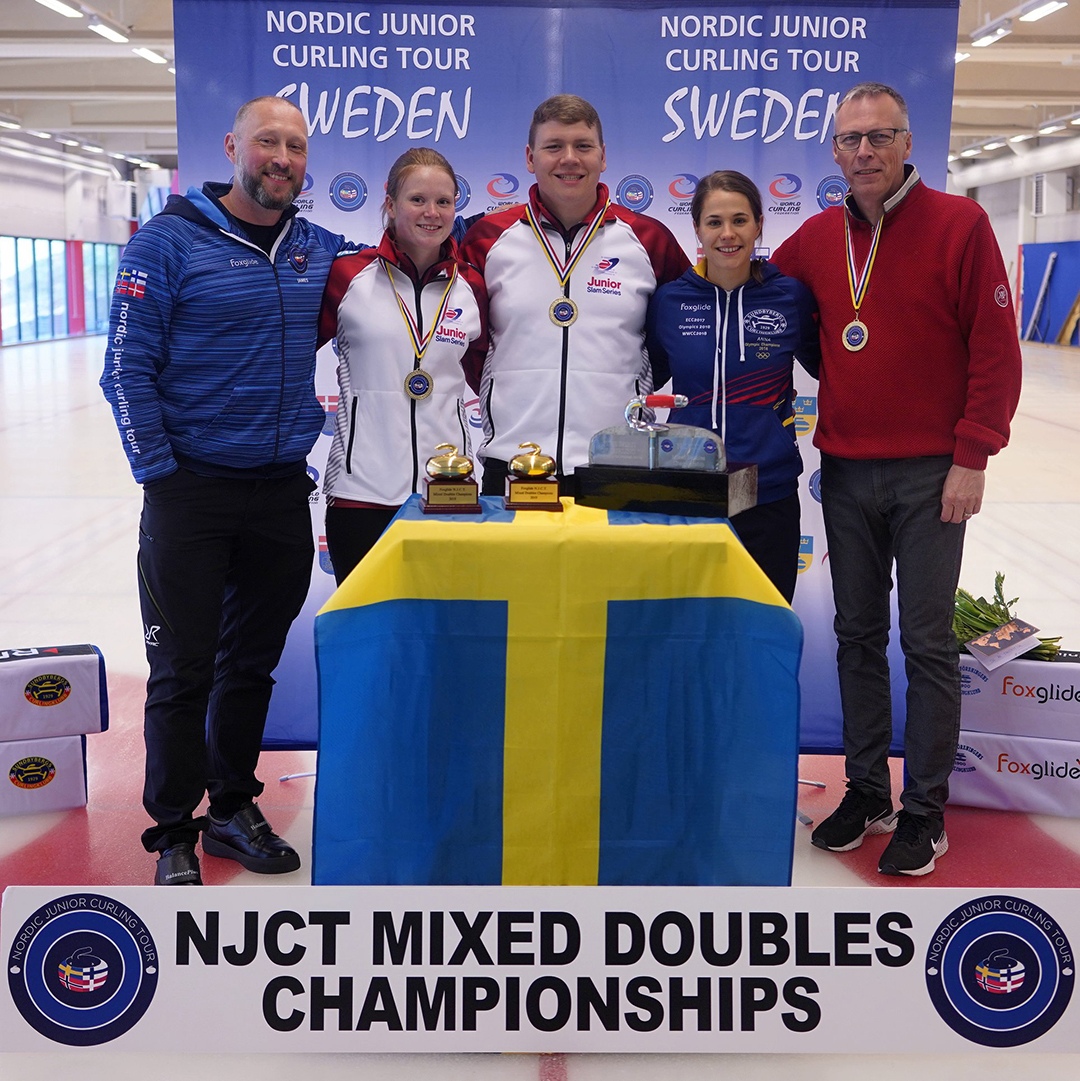 McGovern is a 17-year-old Grade 12 student at North Lambton Secondary School in Forest, east of Sarnia. Steep is a 21-year-old Brock University student, from Seaforth. They represent the Forest Curling and Social Club.

They were sponsored for their trip by the Junior Slam Series, in which they went undefeated in a qualifier held in Dundas last January.

In Stockholm they had four wins and one loss in round robin play. They defeated a Swiss team in the semi-finals and won the final against Hungary 9-2.

“We had a goal to make it to the playoffs, have fun and curl to the best of our abilities,” they said in an on-line message.

“We are really excited to be coming back home with the gold.”

They expressed thanks to their families and friends, their club, the Junior Slam Series and the tournament hosts at the Sumpan Curlinghall.

In addition to the Junior Slam, she helped the North Lambton girls team earn a spot at OFSAA this year and made it to provincials with a U18 team.

Steep has been curling for more than 10 years and had a successful 2018-19 season. As skip he led a U21 team to nationals, his Brock Badgers team to nationals and with McGovern placed second at provincials for U21 mixed doubles.