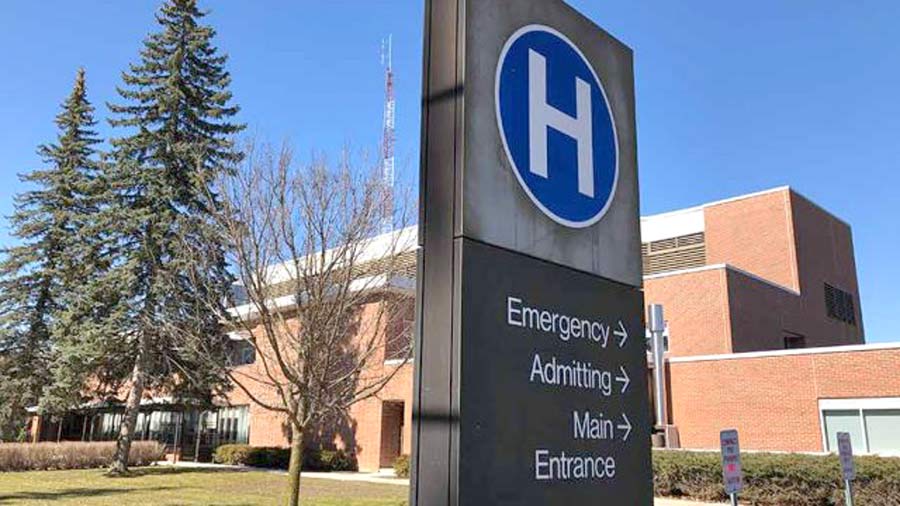 The old Groves hospital in Fergus, currently used as a COVID-19 assessment centre, will will likely be demolished.(Advertiser file photo)

So there’s less than a year for the hospital board to figure out what to do with the old hospital and parking lot.

And members are leaning toward demolishing the old hospital and building something new in its place.

The site is currently being used as a COVID-19 assessment centre, but funding for that stops at the end of June, Stanley told Centre Wellington council at its committee of the whole meeting on June 20.

It was also used as a filming location and for OPP training the past couple of years.

It closed as a hospital on Aug. 9, 2020 when the new hospital in Aboyne opened.

“We will work with the Ministry of Health on future use,” Stanley said.

But she estimates it will cost $42 million to renovate the space, “and that’s too costly for us to undertake.”

She said officials would like to put out a request for information to see if there’s a developer interested in making something of it.

Councillor Bob Foster asked if it could be used for elder care in some capacity.

Stanley said it’s unlikely the Ministry of Long-Term Care would build another long-term care facility there, “but there could be options for a retirement home,” she said.

Councillor Ian MacRae wondered if it could be used for co-operative housing or affordable housing.

“Every option is on the table,” Stanley said.

She noted with COVID numbers down, emergency visits are increasing for other ailments and inpatient capacity is at 100% occupancy. Patient acuity has increased as well.

“It’s all putting pressure on the system,” she said.

Stanley said the next hurdle is human resources. There are three vacancies for RNs and several part-time vacancies as well as a need for more doctors and hospitalists.

As this is a widespread issues, the hospital is starting an advertising campaign pitching Groves as “deliberately different.”

“We want to celebrate what makes us different,” she said, hoping it will capture the interest of doctors, nurses and other health professionals to settle here.

She said Groves is working collaboratively with Grand River, Guelph General and Cambridge Memorial hospitals as those bigger hospitals work to get surgeries back on track.

Mayor Kelly Linton said the hospital will present regular updates to council throughout the year.