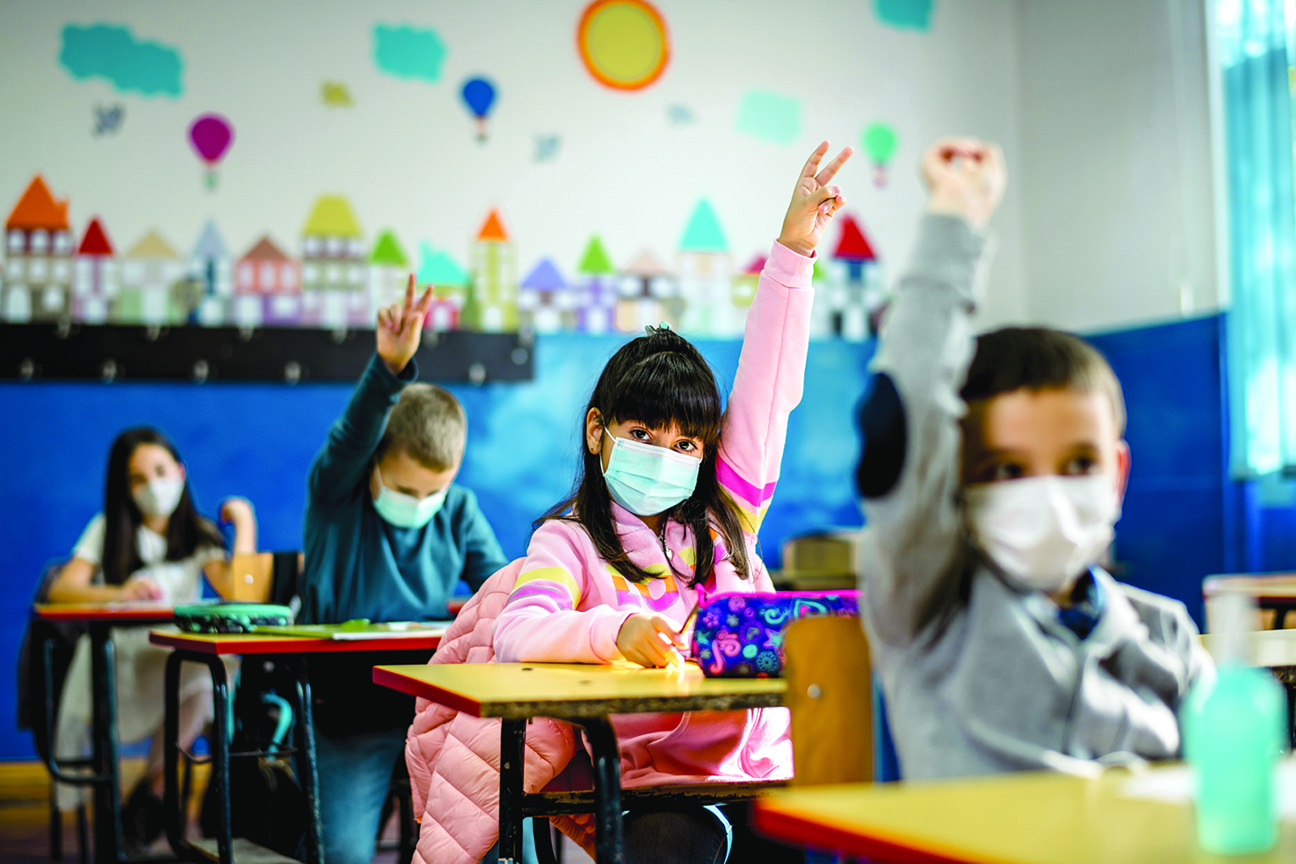 After reviewing the provincial guidance for school boards, officials with the Upper Grand District School Board and Wellington Catholic School Board say not much has changed. (Metro Creative Graphics image)

New guidance to school boards was provided in a 29-page document released by the province on Aug. 3.

WCDSB director of education Mike Glazier noted there weren’t too many surprises in the document, adding the board is currently reviewing and taking a look at how it compares to the board’s current protocols.

“It’s a lot of the same guidance, but there are some slight changes to them that do open things up a little bit further for the students,” he explained.

“As we look to next year it will be using the protocols that we currently have and then making adjustments according to new guidelines that have been provided.”

He added many of the protocols released this week were already in place, such as masking, cohorts and distancing.

“I see this is as sort of a transitional document; a transitional path moving away from some of the things we’ve had in the past to maybe allowing some other things we weren’t able to do in the previous year, into our schools for the upcoming year,” said Glazier.

“It does loosen some of the protocols that they’ve had in the past.”

Among the changes is the elimination of mandatory masks and cohorts while outdoors.

“But we’ll continue to take a cautious approach through this year and work with public health, looking at our local context to determine what the best steps are,” said Glazier.

The ministry document notes that school boards should be ready to move to online learning if there is a case within a class or an outbreak within the school. 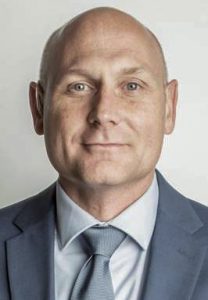 Glazier said in the event a student tests positive or comes into high-risk contact with someone who has had COVID-19, the board will have an online learning option available.

He also noted there’s been a significant shift back to in-person learning for students across the board for the fall, adding the board will confirm virtual learning enrolment in the coming weeks.

“It’s been a difficult year for our students, whether they were in virtual school or in person, and we’re hoping that they’ll have something that resembles a more normal year for them ahead for sure,” said Glazier.

He added WCDSB officials are continuing to review the document and its impact on students and staff.

UGDSB superintendent of education Gary Slater said the provincial guidelines provide a fair amount of guidance for board staff.

“There are more things still to come… and some of those are pretty important pieces of the return to school, but overall, it’s a good starting point for us to get working on our plans for September,” he explained.

He added, “There definitely are some things that will feel a little different this year,” referring to the leniency on masking and cohorts outdoors.

“I think it does feel a little bit more (normal) in terms of some of the other changes that are outlined in there, the things that are allowable now that weren’t last year.”

Slater explained the board has been preparing its own documentation – in anticipation for the release of the Ontario document – based on information it received from the Ministry of Education in the spring.

With the provincial documentation now available, Slater said the board will be turning to public health for input.

He also noted anything relating to cases of COVID-19 in schools or outbreaks will continue to be managed by public health this year, adding the board will have a plan in place in the event of an outbreak.

As part of the next step, he said UGDSB officials will consult with public health on what the new documentation means and how the board can operationalize it.

“Once we get some further input on it and make some decisions, we’ll get that information out,” he explained.

“We want to get it out to our families as soon as we can so that they can start preparing for September.” 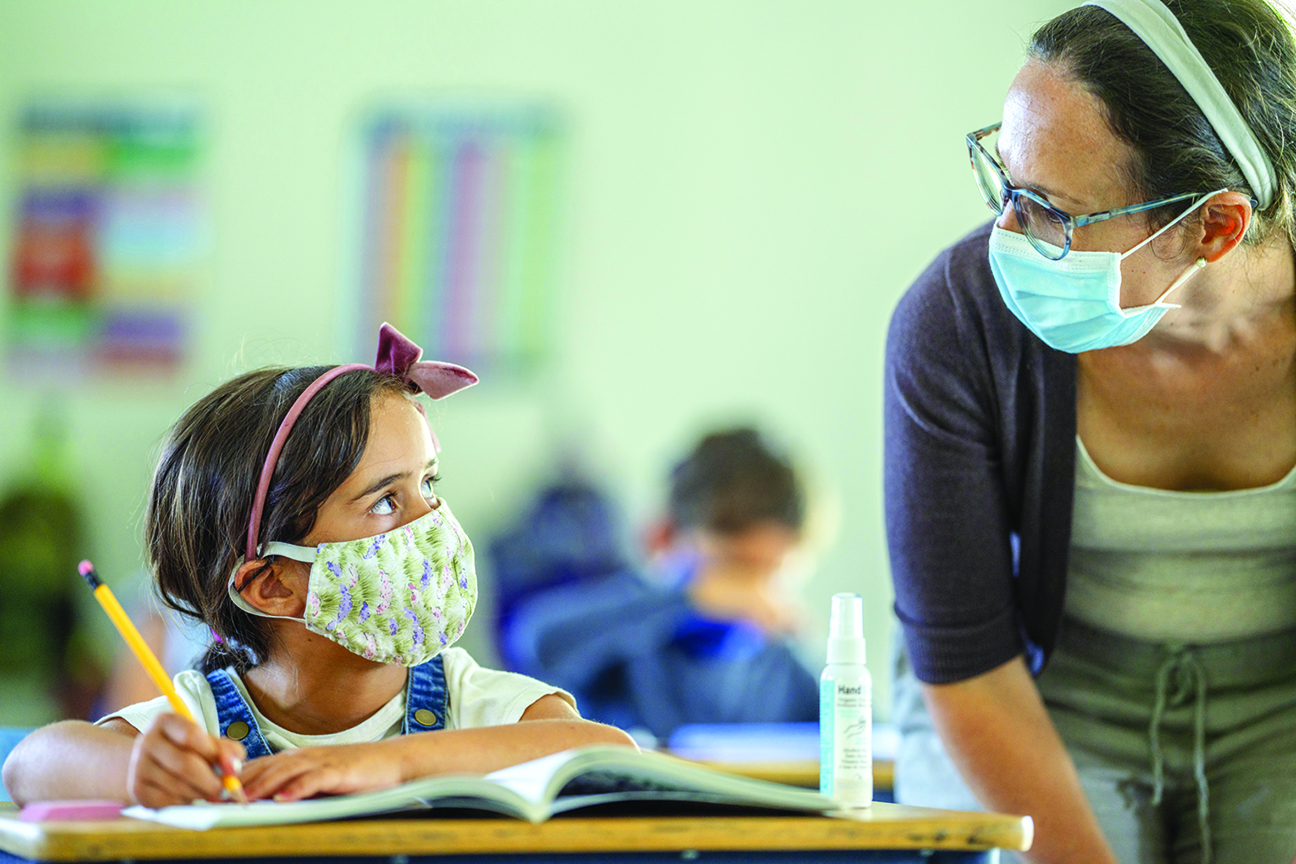 As part of the provincial guidelines, school boards are expected to have all ventilation systems inspected and in good condition before the start of school year.

Glazier explained because the WCDSB has made investments over the last several years in its HVAC systems and ventilation, the board is in great shape with respect to ventilation in schools.

“Our plant operations personnel have been making upgrades over the past several years. They conduct regular reviews of the inspections of our equipment,” said Glazier.

“In terms of ventilations and requirements in the ministry, we’re already meeting the requirements for this upcoming year because of the work we’ve done the past couple years.”

For the UGDSB, Slater noted upgrades to ventilation systems is an ongoing process.

The board received funding last year for the ventilation systems, which he explained will carry into the coming school year.

Currently vaccinations for students and staff are not mandatory.

Asked on how vaccination status will determine what students can or can’t do within the school setting, both Glazier and Slater told the Advertiser the decision has yet to be made.

“Participation in certain things is going to be a conversation with public health. We don’t currently have guidance as to how that might impact things,” Glazier explained.

“We’re still waiting to hear some further information, either from public health or the Ministry of Education on what that may look like.”

“So, we don’t have that information in terms of being able to run our programs and make decisions like that.”