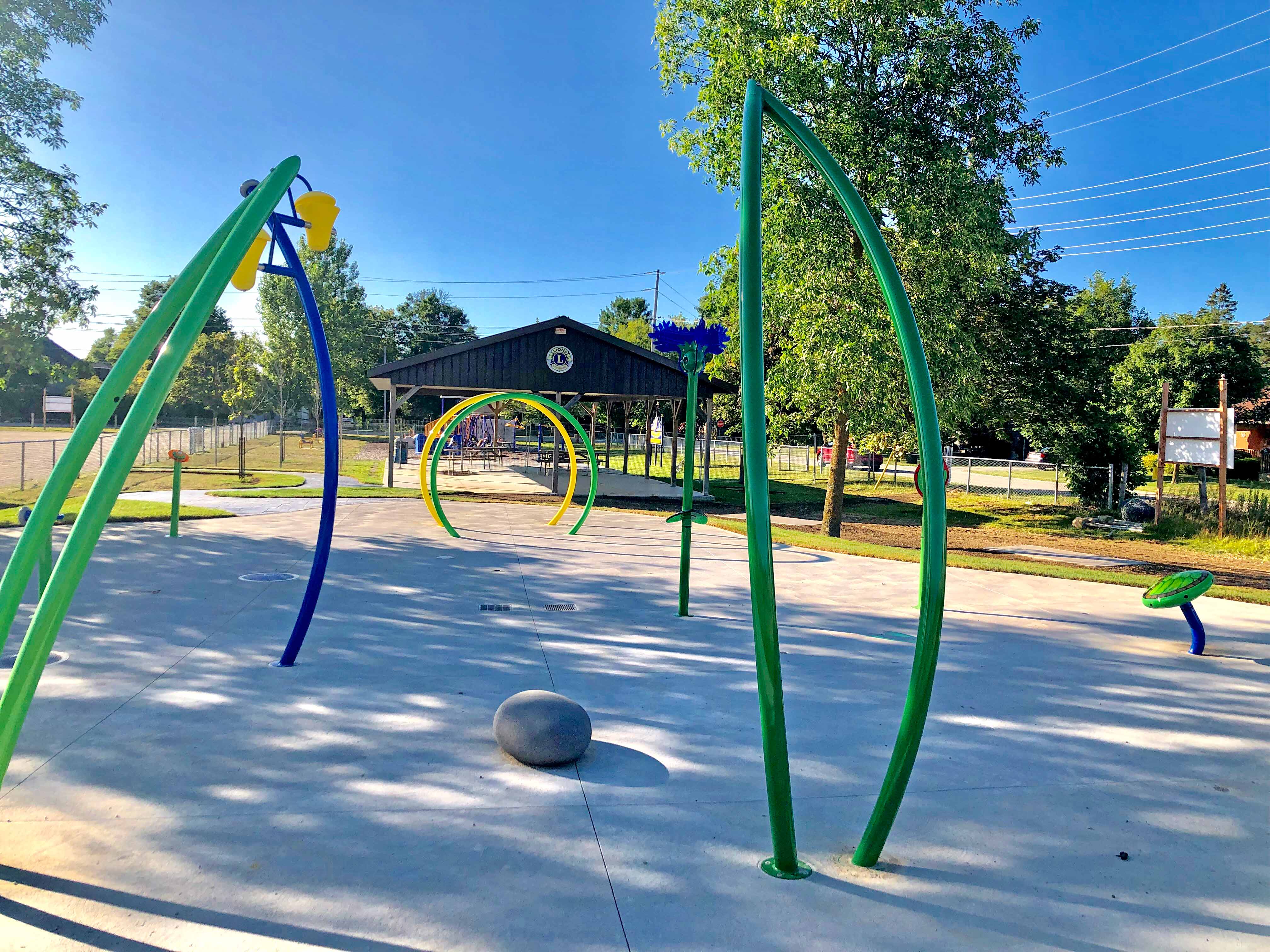 Now open - The Mount Forest splash pad is ready for the community to enjoy. Photo by Crystal Seifried

MOUNT FOREST – It was a wet start to the opening of the Mount Forest splash pad on Aug. 27.

The previous night, Wellington North councillor Sherry Burke announced that the splash pad, which was under construction for much of the summer, was ready to open.

Burke stated, “I’m so excited. I sent my first Tweet ever with regards to this.”

She said “with much anticipation from the residents and the community, the Mount Forest splash pad passed the public health inspections this afternoon.”

“I’d like to thank the staff, all the volunteers, and all those involved in the project. It’s very exciting to see this project come to realization.”

In an earlier interview, Wellington North’s community recreation coordinator Mandy Jones stated “the splash pad offers many spray features and is accessible to all ages and abilities.

“Our community has been very generous in their support of this project and are continuing their fundraising efforts.

“The Mount Forest Lions Club has been instrumental in their support and dedication to the project and have led the fundraising efforts.”

Jones anticipated an official grand opening will be scheduled to take place next summer.