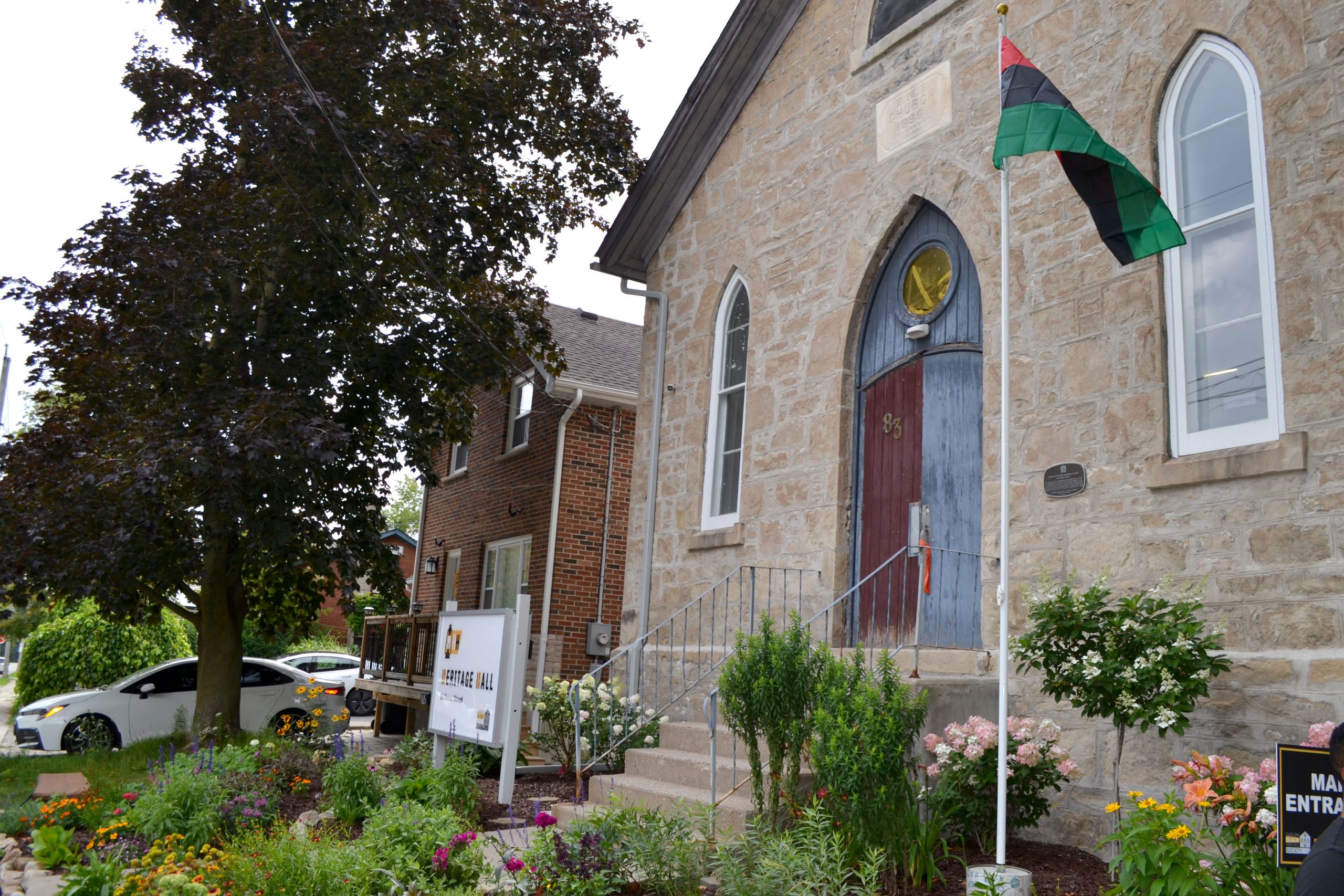 GUELPH – Denise Francis isn’t sure if it’s racially-motivated or the acts of desperate, homeless people, but the Guelph Black Heritage Society (GBHS) has experienced more vandalism at its Heritage Hall in Guelph.

“In recent days we have had garbage left, needles on our ramp and even a pile of human fecal matter at the side door entrance,” the GBHS stated in a June 15 tweet.

“We have several outside cameras, and this has not deterred the disrespectful treatment from happening.

“It is disheartening that these things are happening, and we must do better as a community to take better care of one another and the spaces we work or breathe in.”

Two years ago, on the heels of the Black Lives Matter march in Guelph, Heritage Hall experienced a number of acts of vandalism that Francis, president of GBHS, believes were racially motivated.

At that time, phone and internet lines were cut, intruders entered the building, and seniors who came to tend to the garden were met with threats of physical violence.

The building was undergoing extensive renovations and was more vulnerable to break-ins.

With the renovations now complete, the group has a roster of volunteers who come every morning to check on the status of the building.

In an interview, Francis said it was she who found the human feces on the wheelchair ramp to the side door.

“We’ve had a number of incidents of vandalism and trash left in our space. But this – I can’t understand it.” 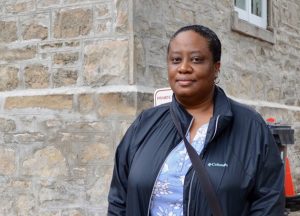 Francis said the Guelph Downtown Board of Management has a program called Welcoming Streets, but Heritage Hall, on Essex Street, is about a block outside of the downtown board’s boundary and therefore doesn’t qualify for the program.

She also reached out to the Guelph Community Health Centre, which has outreach workers who work with the homeless population.

“We know homeless people are sleeping on the property,” she said, adding volunteers often find people sleeping under the ramp on their morning visits.

“It’s sad too. The last few have been teenagers. We’ve seen them on the cameras but on Monday I actually saw them.

“We have garbage cans outside, and I saw them putting their trash there.”

Francis said while she’s sympathetic to the plight of homeless people, camping out on GBHS property is not something officials can tolerate.

“It’s frustrating, it’s disheartening and our volunteers are nervous,” she said.

“We really worked hard these last several years. I wish people would respect our property more.”

She said the GBHS is also nervous about seeking help from police.

“We don’t feel comfortable going to police. We feel police could be part of the problem,” she said, noting police may move a homeless encampment along, but it’s only ever temporary.

So they are at their wits’ end and are seeking suggestions from the community on how to protect the building and the people who go there.

“If the community has an idea on how best to respond or handle this – we are open to ideas as this continues to happen,” the June 15 tweet concludes.

“It is a safety issue for our members, community, renters, and volunteers.”

Anyone with suggestions can connect through social media, by emailing info@guelphblackheritage.ca or by phoning 519-837-2519.