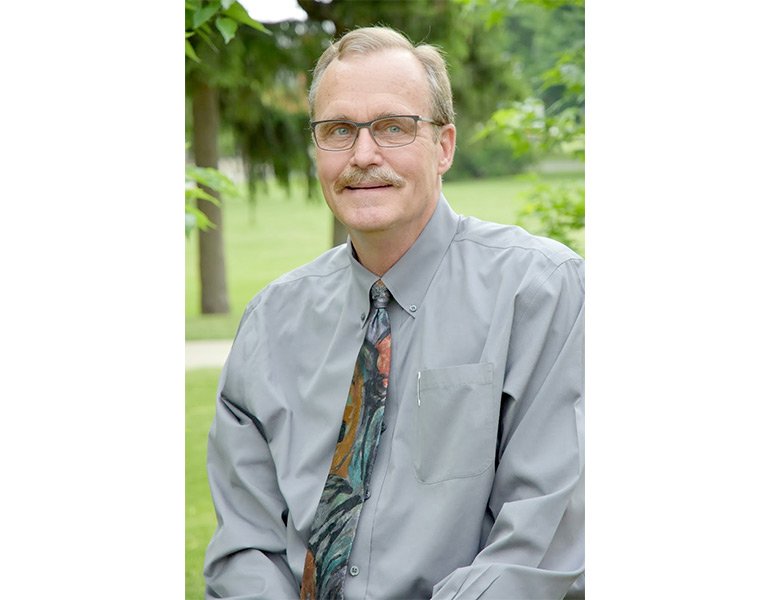 HALL OF FAMER - Moorefield native Peter Sikkema is one of seven agricultural leaders who will be inducted into the Ontario Agricultural Hall of Fame this year. Submitted photos

GUELPH – A Moorefield native is being enshrined into the Ontario Agricultural Hall of Fame (OAHF).

Dr. Peter Sikkema is one of seven agricultural leaders being inducted into the hall of fame this year.

Sikkema grew up on a farm at RR3 Moorefield and graduated from Norwell District Secondary School in 1977.

Currently, he is a professor of field crop weed management at the University of Guelph, Ridgetown campus. He is widely regarded as a leader in the field of weed management research.

“He is a world leader in the field of surveillance and management of glyphosate and multiple resistant weeds,” states a press release from the OAHF.

“Through his work, he has made a major impact on the sustainability of crop production in Ontario.”

After graduating from Norwell, Sikkema wanted to pursue a career in agriculture.

“My interest was possibly working for farm credit, in terms of agricultural finance or working in international development,” he said.

Sikkema attended the University of Guelph for his undergraduate studies, and it was a summer job with the Ontario Ministry of Agriculture and Food in 1980 that forever changed his career path.

“I worked with a very knowledgeable fellow, Harvey Wright, and I assisted him with some weed control experiments on farms in southern Ontario,” he recalled.

Those experiments were focused on improving weed control in corn, specifically pigweed control, on a few farms in Brant County.

“I was quite interested in it and because of that, I applied to do a master’s degree with a weed scientist in the department at the time, Dr. Jack Dekker, and that is how I got into weed science.”

Since then, Sikkema and his team have conducted over 3,000 field experiments and have published more peer-reviewed manuscripts on field crop agronomy than any professor in the 146-year history of the Ontario Agricultural College.

That research has impacted many of Ontario’s field crops, including corn, soybeans, cereals and edible beans.

Much has changed in weed management over the past four decades, Sikkema said, with the biggest change being the evolution of herbicide-resistant weeds, specifically glyphosate-resistant weeds.

“For some amazing reasons, some weed bio-types have evolved a resistance to these herbicides and provide zero control,” he said.

“Some bio-type have developed resistance to four different herbicide modes of action, and if a particular farmer has that bio-type on this farm, it is really going to reduce the number of effective weed management options he has left.”

Looking ahead to the future, Sikkema believes that farmers will be “far more proactive” in developing long-term, diversified and integrated weed management programs.

“By doing that, hopefully the current herbicides we have available will be more sustainable long-term,” he said.

Of all the papers published, experiments conducted, and classes taught, Sikkema is most proud of passing on his knowledge to the next generation of agricultural students.

“Hopefully they know a little bit more about weed science after they’ve completed my courses, and to help Ontario farmers do a little bit better job of weed management on their farms,” he said.

“That’s what I find the most rewarding in my position.”

Sikkema says he’s had a very rewarding career working in agriculture and that he is constantly learning.

“It’s an exciting area to work in and there is a lot to learn. I’m still learning.”

When asked if he had any words of wisdom for aspiring agriculture students, he stressed that you don’t need to have a farming background or live on a farm to get into the industry.

“If you are not from a farm, that sure doesn’t preclude you from working in the agricultural industry just because it is so diverse and there are so many different supporting industries,” he said.

Most know agriculture as primary production on the farm, but he stated there are so many support industries that support those producers, such as agricultural economics, ag retailers, animal nutrition, crop production, crop fertility, pest management and seed industry.

“Agriculture is a very diverse industry and there’s many, many different ways that you can get a career in agriculture,” he said.

Regarding his upcoming induction into the OAHF, Sikkema says he was surprised and humbled to receive the honour.

“When I started in this industry, that was the furthest thing from my mind,” he said.

“It’s surprising and humbling. It’s nice to be recognized for that work that I have done for the past three or four decades.”

Sikkema was quick to mention that while this may be an individual honour, he feels it is a team award.

“Any time you get an award like this, it is a team award. I would really like to thank the people that have worked with me for many years. I do have a number of research technicians that have worked with me for more than two decades. I’ve been privileged to work with some very capable, exceptional graduate students in my research program,” he said.

“Obviously, I am getting this recognition, but I sure wouldn’t have got it if it wasn’t for the people I have worked with over the past number of years.”

The 2021 OAHF induction ceremony will be held virtually on June 13. Tickets for the event are free and are available on the OAHF website at www.oahf.on.ca.