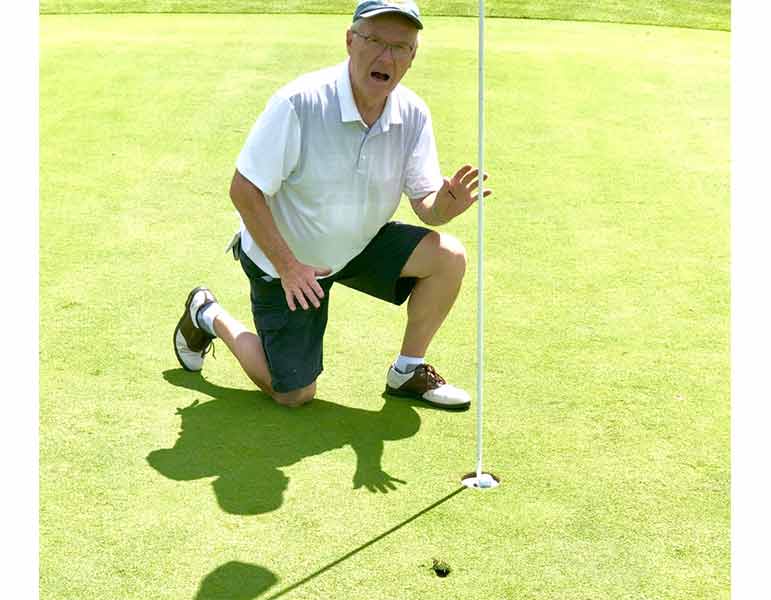 KITCHENER – Minto resident Mark MacKenzie had a good day on the links earlier this month.

On Aug. 4, the Town of Minto councillor hit a hole-in-one during a round with fellow councillor Ron Elliott and two other players at the Rockway Golf Course in Kitchener.

“We couldn’t see the green – there’s a mound in front of it – and it my shot was heading toward the stick, but we couldn’t see it, figured it would be close,” MacKenzie said.

“So we drove up and one of the guys that was with us, he went first and said, ‘Hey, your ball’s in the hole.’”

Another member of the party was so eager to check out the rare stroke that he left his cart on a hill without the brake on.

“The cart ran back and hit a tree or it was going to go in the river,” MacKenzie recalled.

“It was just great.”

MacKenzie added he ended up with “the lowest round I’ve had in 20 years.”