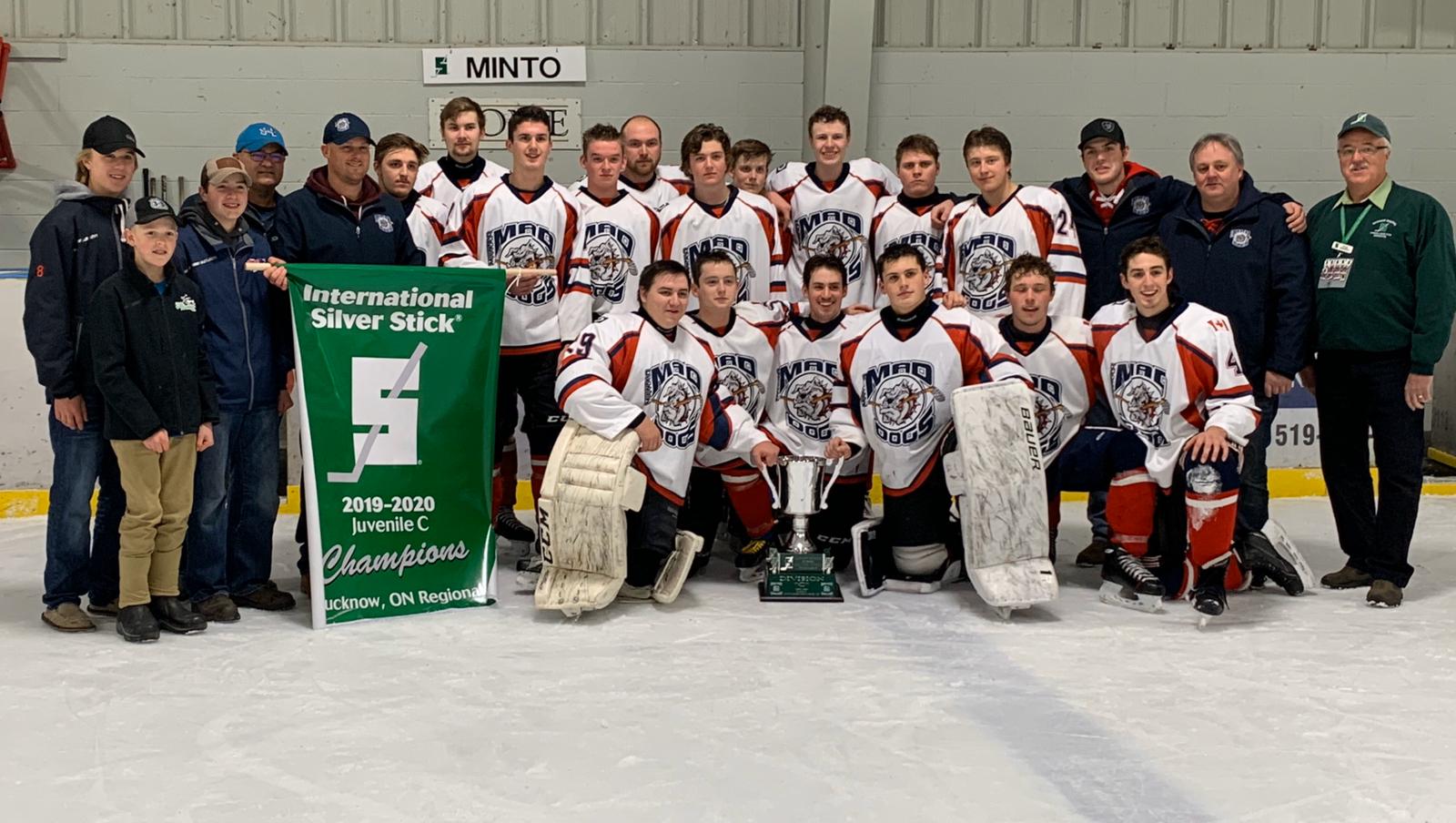 Silver Stick champions – The Minto Juveniles won the Regional Silver Stick tournament in Lucknow on Dec. 6 and 7. The team beat Central Perth 3-1 in its first game, edged Hanover on the strength of shutout goaltending by Zach Harrow in game 2, and blanked Honeywood 3-0 in the third contest. Minto beat South Bruce 5-2 in the final contest. Coach Lee Mullin said the team’s powerplay provided a couple of goals in the final game “and our speed game took control.” The team has earned a berth in the International Silverstick tournament on Jan. 2 in Mooretown.