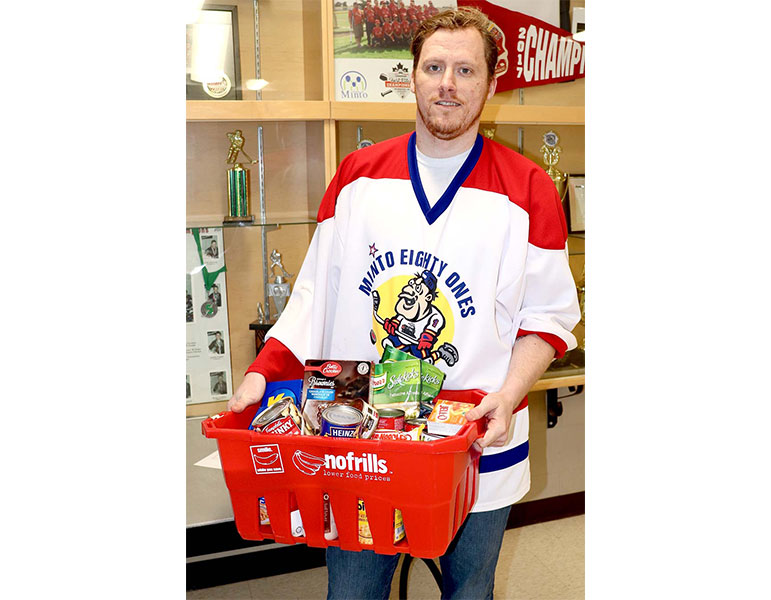 81’s goalie Thomas Gainer with some of the food bank donations collected at the game.
Submitted photos

Service celebrated – The Dec. 15 Minto 81’s home game was a special day, celebrating local service club members with a ceremonial puck drop.In the game itself, the 81’s came out on top by a 6-1 margin. After last weekend’s action, the 81’s sit ninth in the 14-team WOAA Senior Hockey League. The team’s next game is Dec. 20 in Durham against the seventh place Thundercats at 8:30pm. The next home action is Jan. 3 in Palmerston at 7:30pm versus the Shallow Lake Crushers. 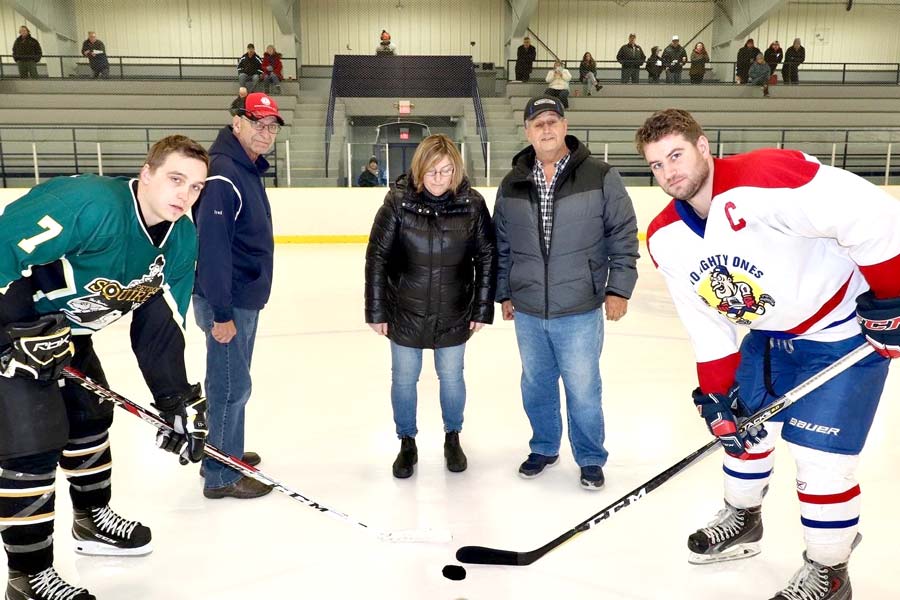