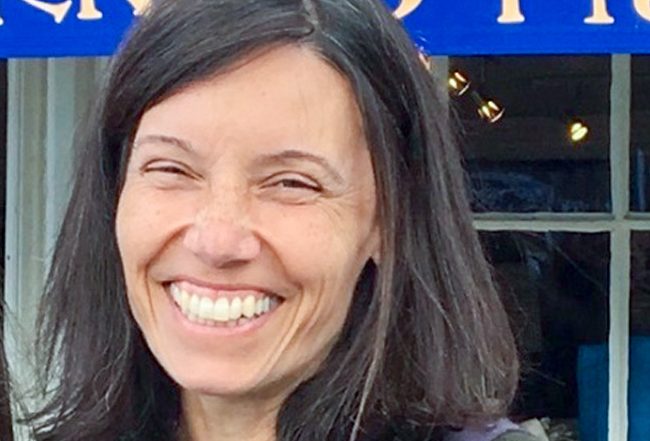 HILLSBURGH – A pharmacist who lives in Hillsburgh has made the CBC’s long list for the 2020 Nonfiction Prize.

In an interview on Sept. 21, Penelope Arnold said she’s still a little flummoxed by the news.

“We had a really busy flu season (last fall). And then coronavirus (this spring). I totally forgot about this submission,” she said.

“But this nomination really invigorated me. It’s a really nice thing to happen.”

Arnold said she took a writing course last fall. She’s got a novel in her head and wanted some direction on how to get down on paper.

She wrote other things for the course as well, including a story about her daughter, who has anorexia nervosa.

“There are a lot of preconceived ideas about that illness,” Arnold said, “and I wanted to dispel them.”

Arnold said a few years ago, her daughter was studying abroad.

When Arnold picked her up at the airport, “I didn’t recognize her. She was like a little skeleton. And she had become quite different, which happens.”

Arnold said there’s not a lot of information for parents on people with eating disorders and she and her daughter went through some difficult, soul-searching moments before her daughter’s condition improved.

She wrote the story The Imposter, “to help people. It’s the hardest thing I’ve ever had to go through.

“And it was quite difficult to write. It’s quite personal. Writing about it helped me to get over it.”

She submitted her story – an essay really – because she had heard it’s easier to publish if you’ve won some awards.

She still hopes to complete her novel one day.

“When I got the email [saying she had been long-listed] I had forgotten all about it. I hadn’t even told my daughter I’d written about it,” Arnold said.

Her daughter knows now and is okay with her story becoming public, Arnold said.

“Discussing it is better than hiding it,” she said. “She’s had a good recovery.”

Arnold now sits among a group of 35 writers from across Canada who made the long list.

The winner receives a cash prize of $6,000 from the Canada Council for the Arts and a two-week writing residency at the Banff Centre for Arts and Creativity.

The winning story will also be published on the CBC Books website.

The four runners-up will each receive $1,000 from the Canada Council for the Arts and will also be published on CBC Books.

The novel Arnold hopes to finish one day is about the opioid crisis – something she’s come to know as a pharmacist who helps people taking methadone.