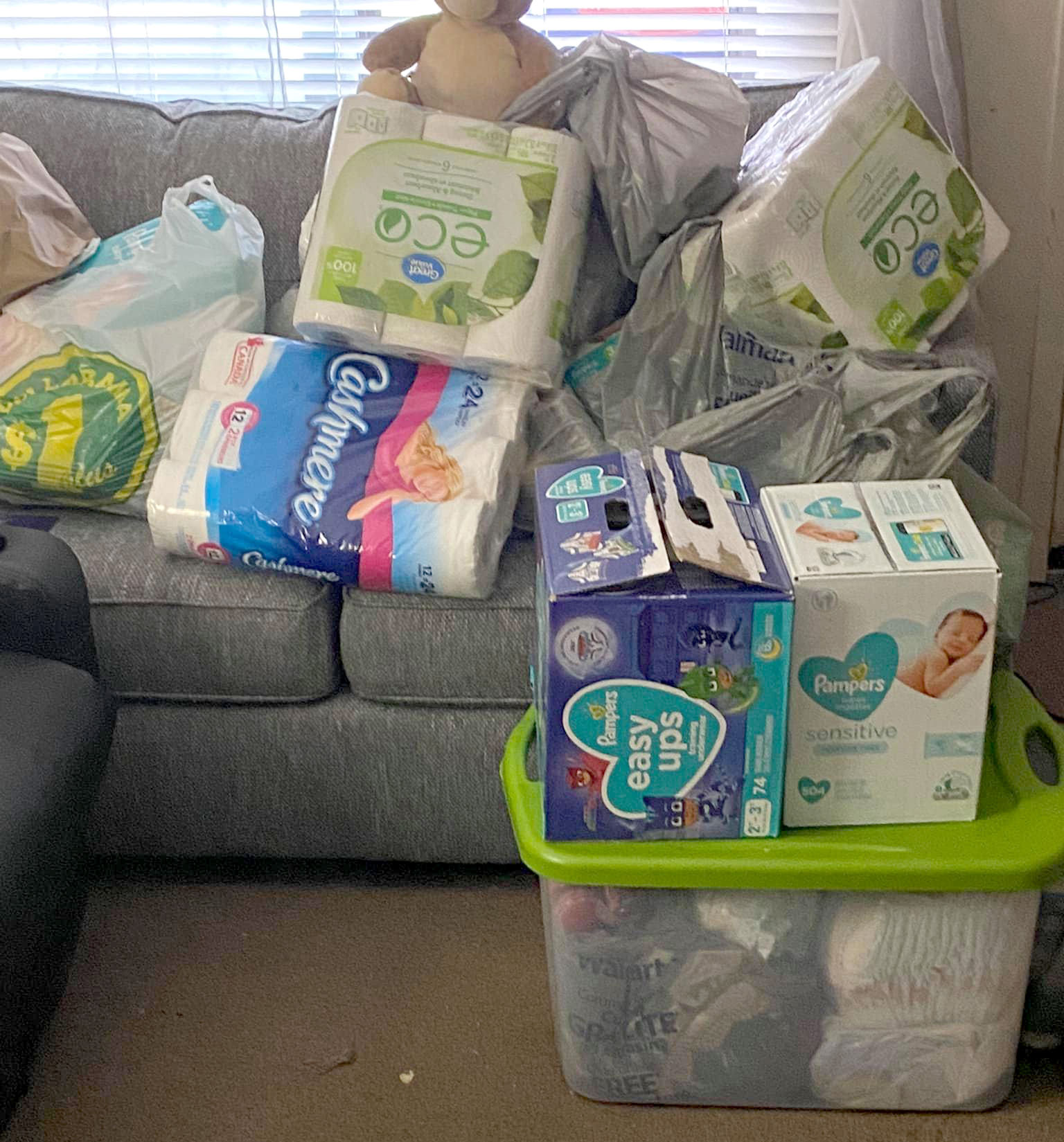 ERIN – In response to the Saugeen First Nation COVID-19 outbreak, and in collaboration with the Dufferin County Cultural Resource Circle (DCCRC), Erin resident Tracey Wallace is collecting donations to help support the community.

Saugeen First Nation is an Ojibway community located along the Saugeen River and Bruce Peninsula, about 30 kilometres west of Owen Sound. It declared a state of emergency on June 30 and remains under a stay-at-home order.

The outbreak has resulted in 111 confirmed COVID-19 cases as of July 13. Of those, 50 are still active and 61 are considered resolved, the Grey Bruce Health Unit reports.

In a July 5 Facebook post, the DCCRC put out a call for help, asking for donations to support the Saugeen First Nation with a list of items that included cleaning supplies, medicine and food to aid individuals in quarantine or isolation.

Having fundraised for the DCCRC in the past, Wallace said she came across the posting on the DCCRC Facebook page and it caught her eye. She’s already had several people offer donations.

“They didn’t ask me to do any of this, I just saw that they needed these things, so we did it,” Wallace explained.

“We do a lot of fundraising in Erin for any minority who we can help … so as soon as this came to light in the Indigenous community, we’re the people who support the support people, that’s what we do.”

In addition to Erin, DCCRC co-founder and board chair Debora Sipkema said she’s heard from multiple communities in the area offering support, including three from the north that have offered to deliver directly to the reserve.

Many of the donations have come from small businesses and individuals, Sipkema noted.

“I really can’t stop talking about how amazing it really is,” Sipkema said. “Absolutely amazing how people are coming from different parts of the counties, Wellington and Dufferin.

“Because of the pandemic we all know how hard it was, ourselves, when we weren’t able to get the things that we needed.”

The DCCRC has been accepting donations from the community since 2014 Sipkema explained, but when they put the call out on July 5, they were surprised by how responsive people were.

“I just did a call out and handed it off to a few people that I knew and the next thing I know it’s like everybody’s calling me and saying, ‘I’m bringing stuff, don’t worry I’ll be there.’

“You think about it too, it’s going to a reserve which also is something that is a little bit more,” she added. “That’s what really floored me is, I asked for help for an Indigenous community and this community jumped up.”

Saugeen First Nation is just one of the reserves that have been supportive of the DCCRC Sipkema explained.

“Because of the support, we’ve made some strong connections on the reserve so doing this was just helping family,” she said.

Sipkema said she will be accepting donations until July 15 and is hoping to send the items on July 16.

Donations can be dropped off at Sipkema’s home in Orangeville. For more information, visit the DCCRC’s Facebook page: https://www.facebook.com/DufferinCircle.

Although the DCCRC donation deadline is July 15, Wallace said she will continue to accept donations until Aug. 5.

“I’m going to continue to collect them … I’m going to leave it open because I know that this isn’t going to go away in a couple of weeks,” she said, adding her goal is to collect whatever the DCCRC needs and as they adjust what they need, she’ll adjust fundraising to accommodate.

“The world changes so quickly right now that you never know what somebody’s going to need in two weeks.”

Wallace also recently raised, in collaboration with her daughter’s business, Naydos Potatoes, $1,300 to go towards the DCCRC programing and services.

Coming from privilege, she said it’s important she finds ways to support those who may not be as fortunate.

“We try to keep the community active and try to support them as much as possible.”

Donations can be dropped off at AAA Events. Financial contributions can be also be electronically transferred to aaa.events.in.erin@gmail.com and Wallace will buy the necessary items.