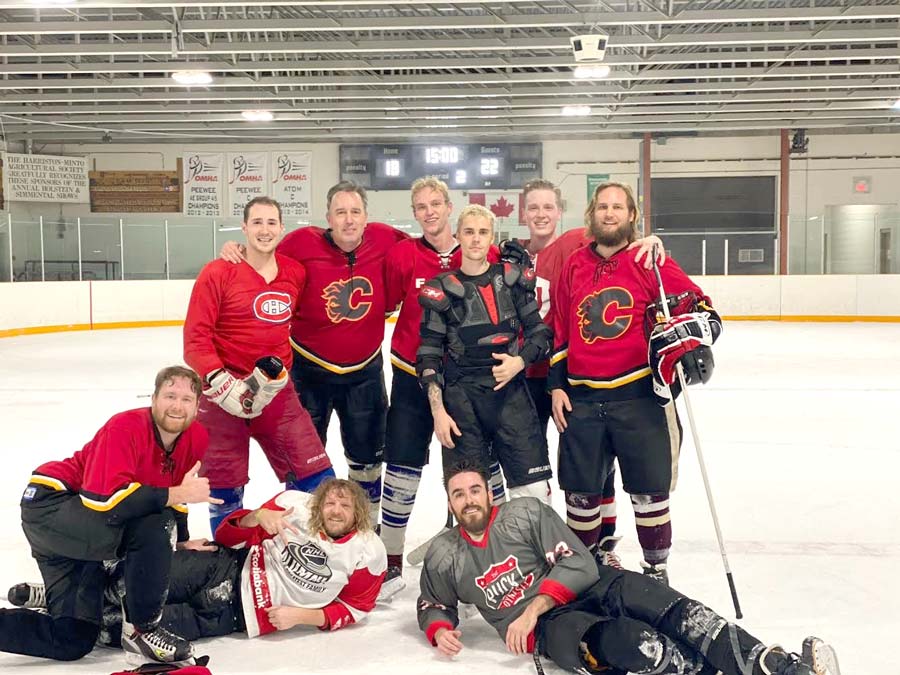 Bieber on ice - Pop music star Justin Bieber, centre (no jersey), quietly joined in a game of pickup hockey at the Harriston arena with members of the Harriston Crossroads Life Church on Dec. 27. A video of the musician scoring and celebrating a goal during the session has appeared on numerous Facebook pages, including one operated by the National Hockey League. Submitted photo

HARRISTON – International music superstar Justin Bieber loaded up his holiday season with hockey action, including a trip to Minto for a game of hockey here.

Local residents  were surprised when a video of the Stratford native, who owns a Wellington County home at Puslinch Lake, playing hockey in Harriston began showing up on various Facebook pages, including one run by the National Hockey League, after his unannounced visit on Dec. 27.

Earlier in the day, Bieber and some of his hometown friends had an on-ice session with Toronto Maple Leafs Mitch Marner, Auston Matthews, and Tyson Barrie

Town of Minto officials confirmed Bieber joined members of the Harriston Crossroads Life Church for one of their regular shinny session at the invitation of a friend who is a member of the church.

In the Facebook video, Bieber can be seen wearing a Calgary Flames jersey, scoring a goal and celebrating in an interesting fashion.