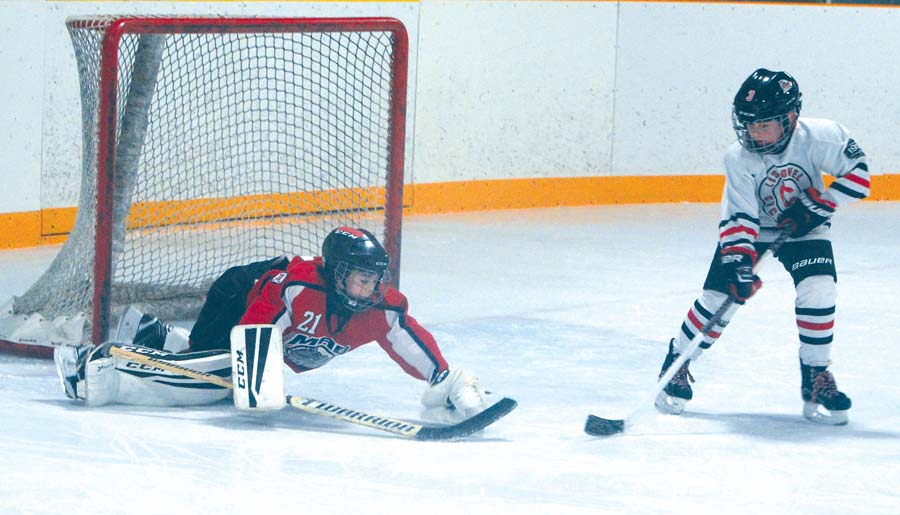 Anticipated ice time bookings at Minto arenas are down in the wake of provincially-imposed proof of vaccination requirements. Advertiser file photo

MINTO – Between 20 and 25 per cent of anticipated ice time bookings in local arenas were lost after a vaccination mandate was imposed on indoor recreational facilities by the province.

During the Oct. 5 meeting, councillor Judy Dirksen asked recreation services manager Matt Lubbers about the impact on local arenas of the vaccination requirement, which went into effect on Sept. 22.

Since then, anyone entering restaurants (not including outdoor patios), nightclubs, meeting/event spaces, sports and fitness settings, sporting events, gaming establishments like casinos, concert halls, theatres, strip clubs, and indoor racing venues must prove they are fully vaccinated against COVID-19.

The town is utilizing municipal staff and licensed security personnel, with assistance from user groups, to make the transition to having patrons show proof of vaccination or exemption upon entry.

“You had said September 7 that there was almost 100 hours of ice time and I understand because of new provincial rules … there have been some cancellations. Can you give us an idea of how many hours of ice time we have booked now between the two arenas?” Dirksen asked.

“We are still finalizing everything for this season, but that announcement, it cost us in the neighbourhood of 20 to 25 hours of ice,” replied Lubbers.

“So, still enough demand for two sheets, but we would have much preferred to have 100.”

Lubbers reported ice was installed in the Palmerston arena about four weeks ago and was set to be installed in Harriston on Oct. 12.

For the second consecutive winter, there are no plans to install ice at the Clifford arena and alternative programming is being explored for that facility.

Minto Minor Hockey, the Harriston Skating Club, Clifford Skating Club, Palmerston Junior Broomball, and the Minto 81’s are among the groups that have booked ice for the season.

“With the new vaccination policy coming out for broomball are they committed to ice time or is it just the juniors right now?” asked councillor Geoff Gunson.

“Junior broomball started up on Sunday, so they’re good to go for this season. We’re still waiting for final numbers from the adult leagues that play Sunday nights and Wednesday night,” said Lubbers.

“So, as of right now, we’re counting on them to have a full season like they did two years ago, but yeah, we’ll have to wait and see.”

Deputy mayor Dave Turton asked Lubbers if he envisions the lost ice time bookings being replaced “from anyone else that’s going to come out of the woodwork.”

Lubbers replied, “The one thing that we did have a lot of in the past was out-of-town users that came. Just with having three facilities open we had some preferable dates and times.

“What we’re seeing right now is a lot of the out-of-town (users), they’re not picking up the phone and calling us. So at this point, I don’t think we’re going to make it up.”

However, Lubbers said he doesn’t anticipate demand for ice time shrinking to the point the town can operate with just one arena.

“Certainly, if last year is any testament, we do remain flexible throughout the situation,” he added.

“I didn’t fathom that we would go down to one rink in January, but I didn’t think we’d get shut down two times in 2021 either, so we will remain as fluid as we can be with the situation.”

Gunson, who is also president of the Minto Minor Hockey Association (MMHA), noted the Western Ontario Athletic Association is allowing tournaments this year and MMHA has applied to host some events.

“So that should help with our ice time,” said councillor Ron Elliott.