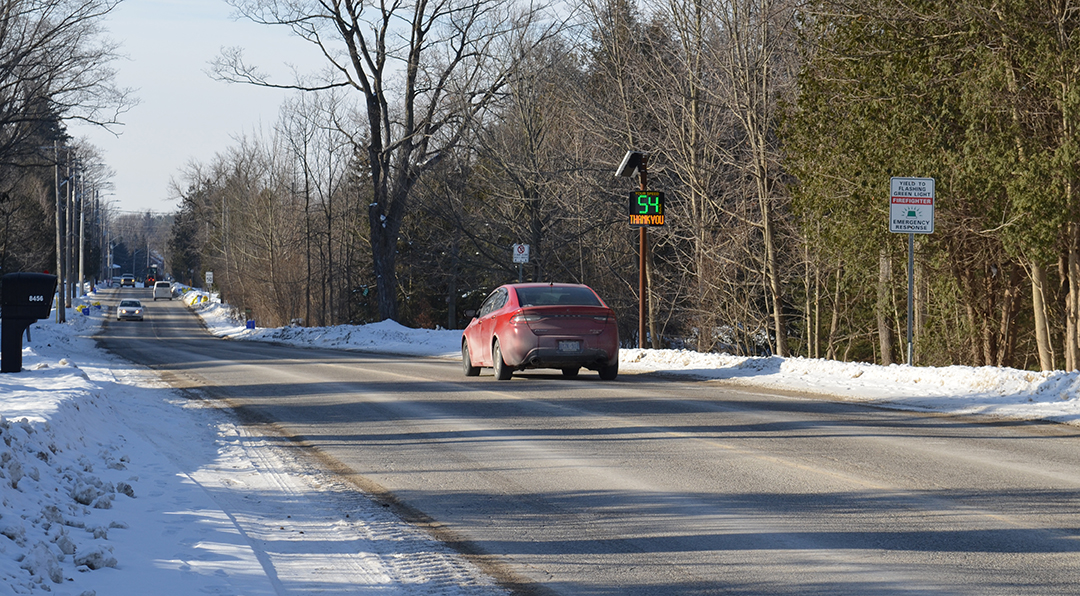 Road project - Local access will be maintained as much as possible during reconstruction of Harris Street (Wellington Road 50) in Rockwood this summer. Photo by Phil Gravelle

ROCKWOOD – Harris Street (Wellington Road 50) will be closed to all but local traffic for much of the summer, as the county carries out a $1.8-million reconstruction project.

The section of road from Highway 7 towards the railway tracks, located just east of Richardson Creek and the Eramosa River, will get new pavement, gravel base, storm drainage and retaining walls, paid for by Wellington County.

Final costs will be set during the tender process.

At a March 4 open house session on the project, some residents were concerned about the loss of parking during construction.

County engineer Don Kudo said he is confident the project could be completed this year. He said access would be maintained as much as possible during construction. Because the water main is near the centre of the road, it will not be possible to rebuild one side of the road while allowing through traffic on the other side.

Kudo said that while there will be some inconvenience for local residents, “after it’s done, we won’t be back for 50 to 60 years.”

Township director of public works Harry Niemi said during recent budget discussions that the “existing sidewalk is narrow and poorly located”. The budget document says there are risks to pedestrians and to the sidewalk plow in some sections.

There will be some cost savings since the sidewalk replacement is part of a larger project.

The sidewalk costs will be covered by a grant from the Ontario Community Infrastructure Fund (OCIF).

Niemi said the watermain needs replacement because it is old and “thin-walled”, while the sanitary sewer on the street is in good condition and will not be replaced.

The cost of the new watermain will be covered by lifecycle water reserves, which are funded by user fees and not property taxes.