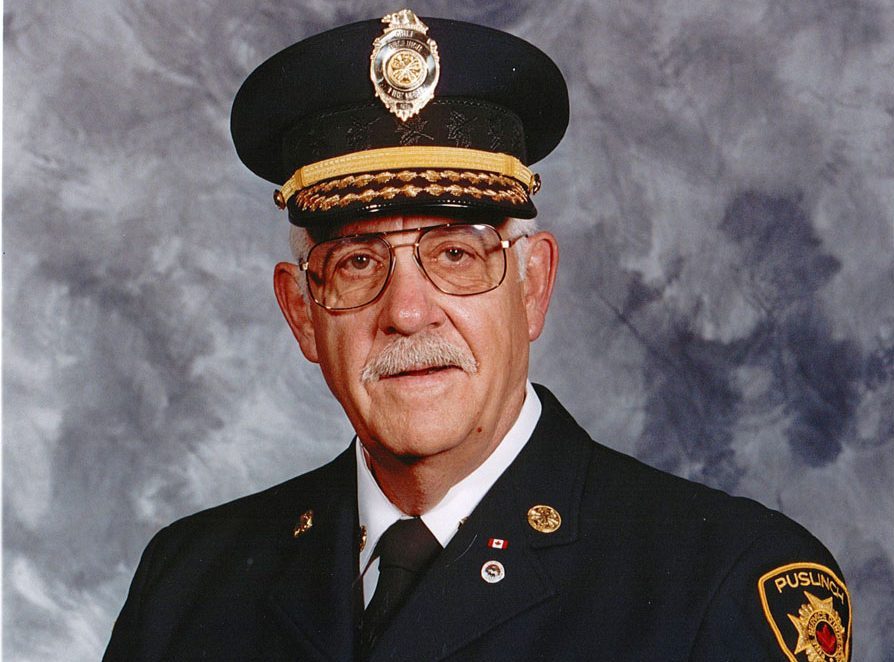 Doug Smith, a veteran of the Puslinch Fire Department and chief for a decade, died on Sept. 27. Submitted photo

PUSLINCH – A pillar in the community of Puslinch has died.

Doug Smith was perhaps best known for the 37 years he spent on the Puslinch Fire Department, where he was one of the original members and chief for 10 of those years.

But he was also active in the community as well.

He sat on the board of Farnham Cemetery, was a member of the Community Oriented Policing (COPs) committee and was an active member of Arkell United Church where he also sang in the choir.

In 2011 he and his wife Glenna jointly were named Seniors of the Year by Puslinch council in recognition.

He leaves behind his wife of 59 years Glenna, daughter Cathy, two sons Jim and Dale, their spouses and three grandchildren, Couper, Mitchell and Danica.

In a phone interview, Jim Smith said although his father was a quiet man, he always had a story.

Doug worked for Bell Canada in Toronto for 33 years and Jim said his dad would leave early and come home late to their home in Arkell.

When the Puslinch Fire Department was formed in 1968, “we had a fire phone in the house, so fire calls were always a part of our lives,” Jim said.

With the arrival of pagers, “if we were in the vehicle when dad got a call, we would either sit in the car and wait, or were given a broom to help bang out the fire.

“With a volunteer fire service, you never knew when you’d get a call. But he always went,” Jim said. 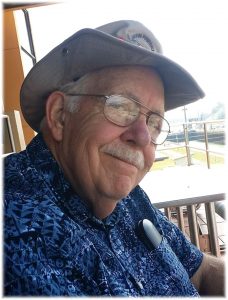 When he wasn’t on duty, Doug Smith was active in the community. “He leaves a void,” said Mayor James Seeley. Submitted photo

He laughed that he and his siblings did not follow in his father’s footsteps in that regard.

But they did acquire his same sense of duty and commitment to community.

Jim works in Wellington-Halton Hills MP Michael Chong’s Fergus constituency office, Cathy is involved in numerous organizations in Puslinch, and Dale is a teacher who goes out of his way to benefit his students, Jim said.

“We learned how important it is to help in the community,” Jim said.

Mayor James Seeley spoke passionately about Doug at the Sept. 28 Puslinch council meeting and council took a moment of silence to reflect on his contributions to the community.

In a follow-up interview, Seeley called Doug a mentor and dear friend.

“Doug hired me as a firefighter in 1999 when I was just a young whipper-snapper,” Seeley said.

“He gave me the opportunity at the Puslinch Fire Department to build a career. And I was not the only one.”

Seeley said Doug had a calm demeanour that made him approachable.

“He was easygoing but firm. I never saw him get rattled. He was a good role model,” Seeley said.

He added Doug helped him with election signs when he ran for mayor in 2018, “but his family would not permit him to climb through ditches to put up signs after that,” he said with a laugh.

“You had to tie him down, he was always so active, wanting to help.”

Jim said his father had a stroke on Sept. 23 and they took him to Guelph General Hospital, but by Sept. 27, his heart gave out.

Seeley said losing such a committed volunteer is a huge loss to the community.

“People don’t have as much time to volunteer anymore,” he said.

“You don’t see that kind of dedication. Most organizations in Ontario are struggling to get volunteers.

“Doug was of the older guard. Losing him leaves a void.”