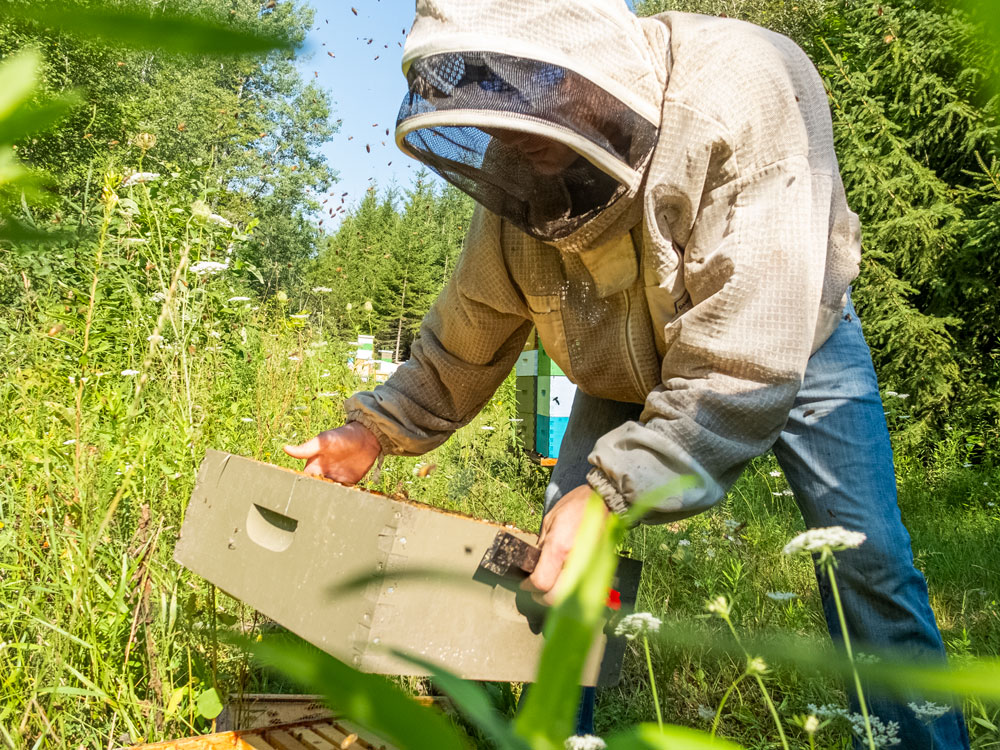 Bob Eby of Eby Family Honey moves honeybee boxes on his Moorefield property. The first-generation beekeeper is hoping to grow his commercial apiaries into a full-time business. Photo by Jordan Snobelen

A big smile crosses Eby’s face. “I love that sound,” he says from beneath a netted hood.

Eby unstacks a couple multi-coloured wooden boxes, piled one atop another like building blocks, from brood boxes closest to the ground. 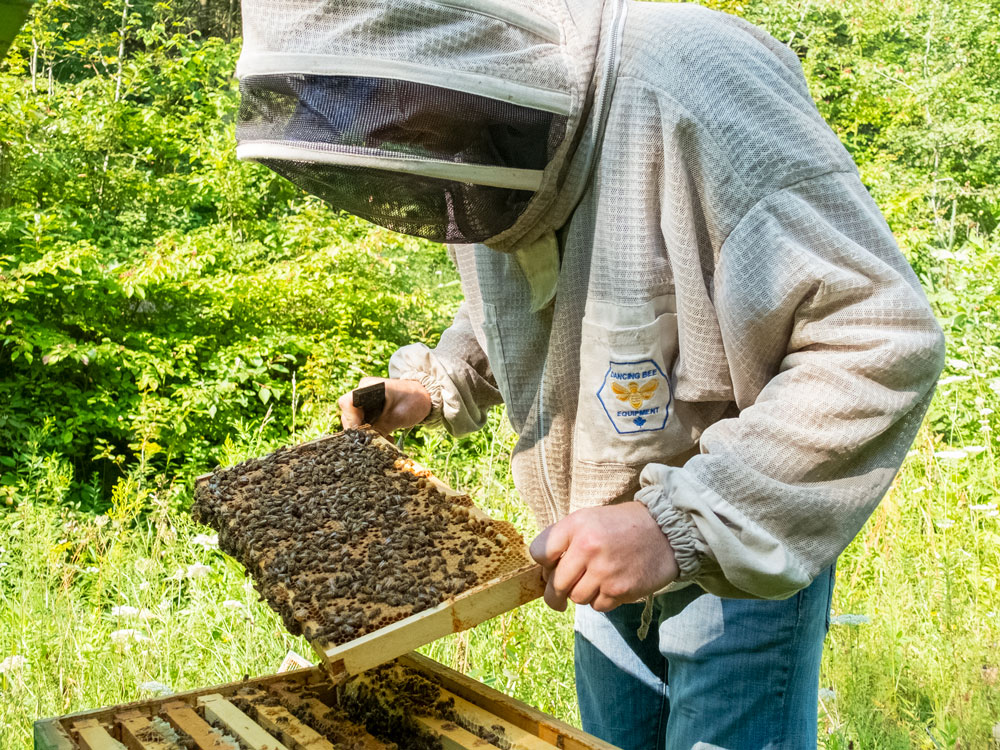 Bob Eby of Eby Family Honey in Moorefield inspects a brood frame from a honeybee colony. Photo by Jordan Snobelen

Soon the forested space on Eby’s Moorefield property is filled with the low-frequency chorus of hundreds of thousands of wings simultaneously beating 11,400 times every minute.

The honeybees are dancing.

A farm kid in experience and at heart, Eby grew up on his family’s dairy operation, Eby Manor in Waterloo, and felt a longing to return to his agricultural roots.

Eby moved to Moorefield from Kitchener two and a half years ago with his wife Laura and their three children, before housing and property prices made ventures such as his all but impossible.

Eby’s operation, Eby Family Honey, has since  grown into the commercial realm with 55 colonies across five yards. Each colony, with around 80,000 bees, produces around 150 to 200 pounds of honey per year. 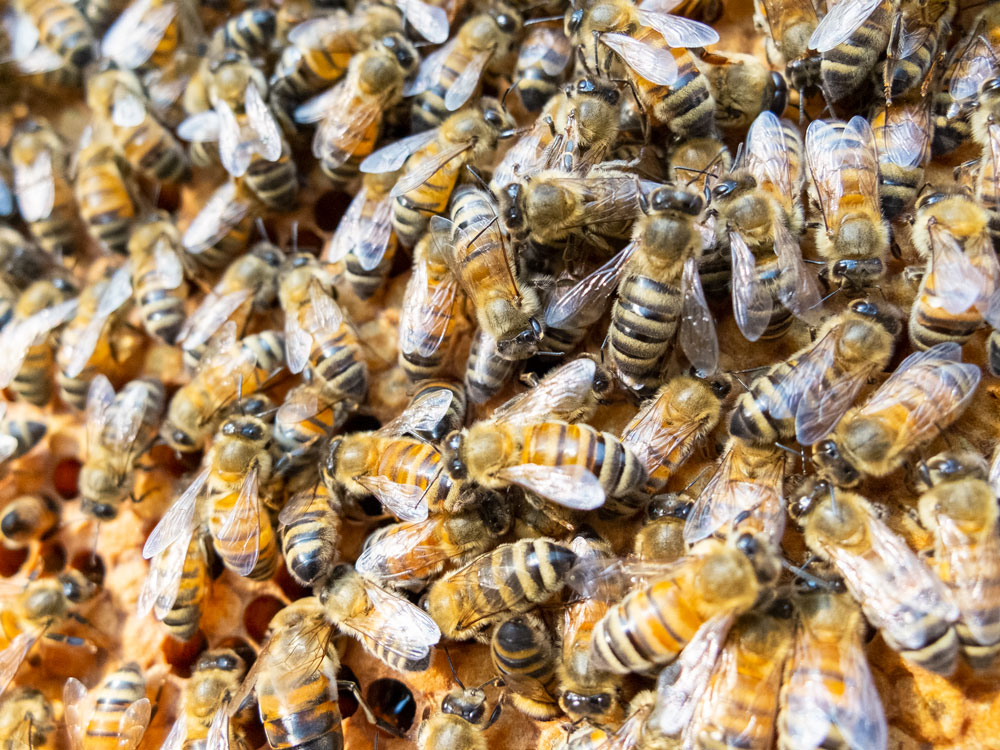 A hive of honeybees from Eby Family Honey in Moorefield. Photo by Jordan Snobelen

“I love the bees,” Eby says, checking a brood box—the nest where the queen bee and eggs are found—for a good supply of food.

The first time he held a frame, Eby was immediately hooked.

It seems the swarms have accepted him too, the near summer air thick with the to-and-fro of busy bees unbothered by Eby’s disturbance of their honeycomb home.

“Naturally they’re calm,” he says, adding he once feared getting stung (he says he hasn’t been).

When the bees have produced enough honey—each frame weighing around seven pounds, wood and all—Eby loads up an extractor.

The honey is spun out from the frames, “like a large salad spinner,” and is processed through a clarifier and later jarred for consumption. 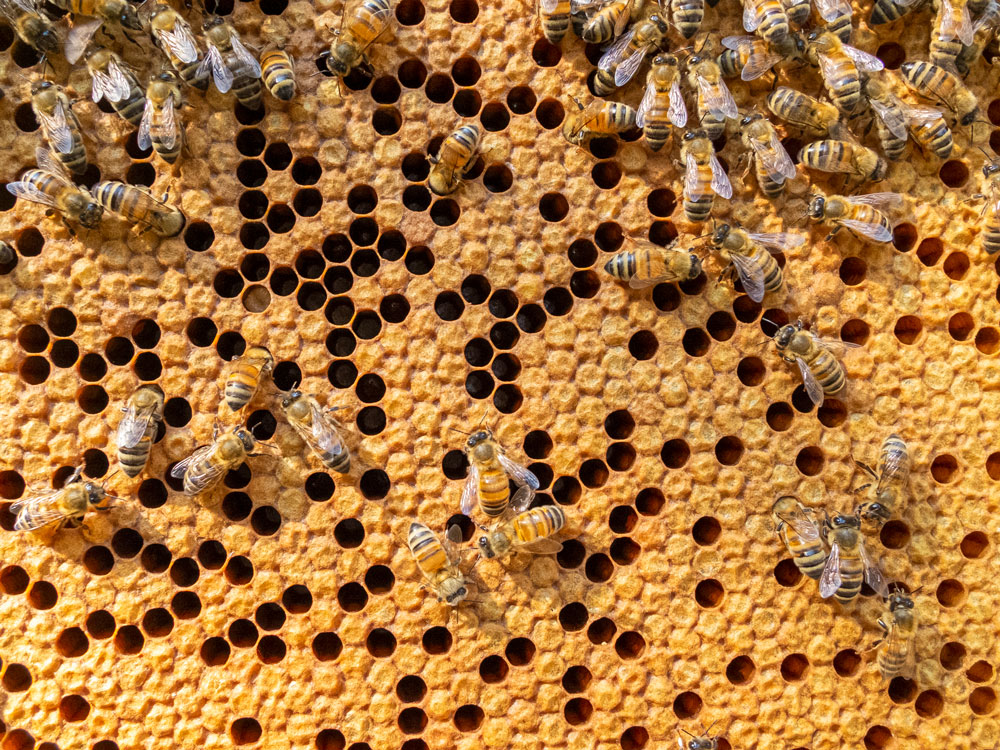 A honeybee brood frame where eggs, larvae and pupae are found. Photo by Jordan Snobelen

As Eby’s business swells, selling the liquid gold from Elmira to Toronto, so do the expenses. Each year he makes one large equipment purchase.

He’s applying for this year’s round of beekeeper-targeted funding, with a newly expanded limit of up to $10,000, through the Canadian Agricultural Partnership which will cover 50 per cent of a project’s cost for commercial apiarists.

“My goal is to keep growing larger and larger,” Eby said.

This year he’s hoping for funding for a sea shipping container to serve both as storage of empty boxes after honey extraction and to prevent the boxes from pest infestation and weather damage.

“The price of steel is crazy high right now, so these sea cans have gone up a lot … they’re like eleven grand now, it’s crazy,” he said.

Eby also pointed out high prices for lumber and metals have increased the cost of honey boxes and lids.

The funding, Eby says, would be a “big help” as a first-generation farmer starting from scratch and building an operation into a full-time business. 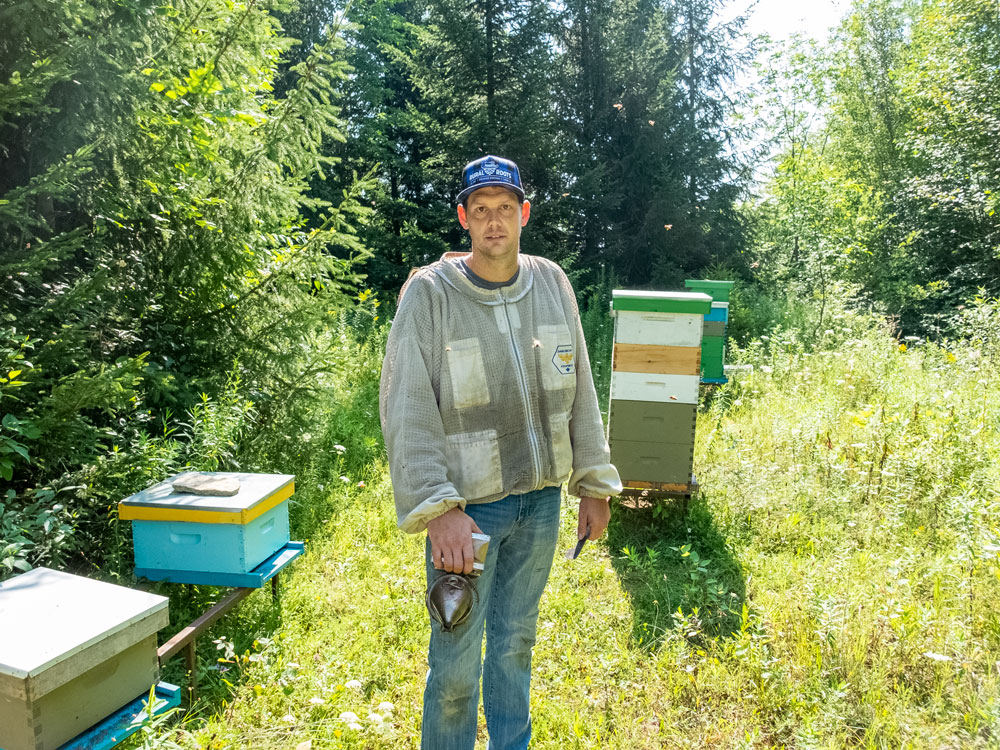 “It’s nice to see the government kind of giving that back,” he said of apiarists who keep healthy bee colonies helping to pollinate a wide range of agricultural crops ranging from asparagus to canola.

Two streams of funding are currently receiving applications from commercial and hobbyist beekeepers, the later which needs at least 10 colonies to be eligible. CAP funding will cover 50 per cent of a project’s costs with up to $10,000 for commercial operations and up to $3,500 for hobbyists. Funds are available until fully allocated.

Eby Family Honey will be at the Sunflower Tour event on Aug. 14, located at 8563 Mapleton Concession Road 6 near Moorefield. 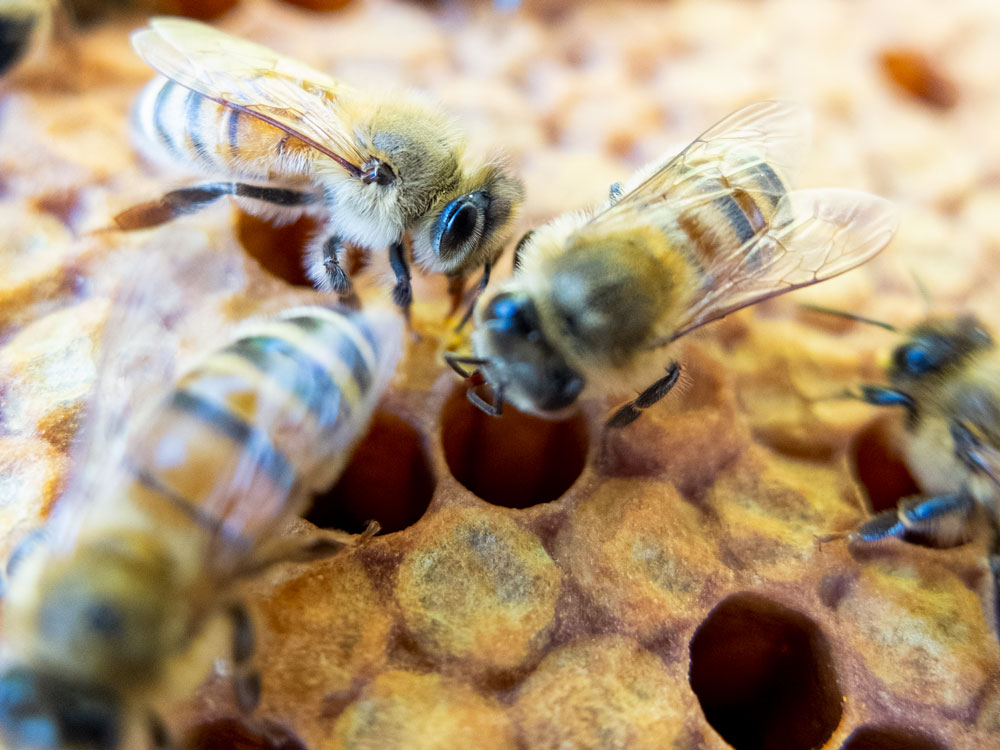