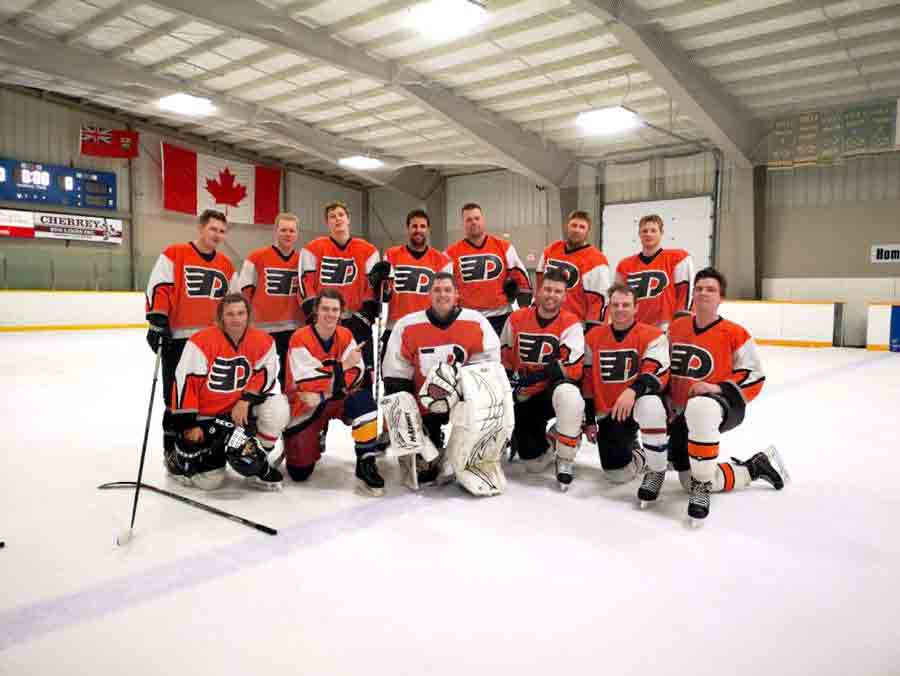 A high-scoring game ended the ‘A’ Division Nichols Championship series.

The teams exchanged goals in the first period to produce a 1-1 tie. Rob DeWeerd scored first for Drayton, assisted by Aaron Keunan. Floradale tied the game in the final minute with a goal by Nick Martin, assisted by Javan Martin and Ken Frey.

Floradale collected themselves in the intermission and came back in the third scoring five goals. Javan Martin scored twice and assisted on one. Conner Bauman earned a goal and an assist.

The other goals for Floradale were scored by Willis Martin and Ryan Martin, with assists by Ryan Weber and Ken Frey.

Rob DeWeerd interrupted the Floradale surge with an unassisted goal for Drayton late in the period. When the buzzer ended the game, Drayton was left on top to win the best-of-five series 3-1.