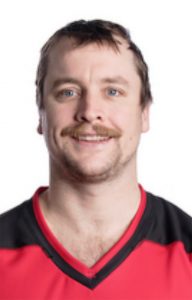 Canada had a 19-12 win over the Iroquois Nationals, capturing the Cockerton Cup at the Langley Events Centre.

The tournament, which is held every four years, featured 20 teams. The Iroquois Nationals earned silver and the United States bronze – the same ranking as in 2015.

Dobbie played two years for the Jr. B Mohawks in Elora before heading west in 2005 to play with the Jr. A Burnaby Lakers in British Columbia, then going on to a career in the National Lacrosse League. In July he was named to the 2019 Canadian Men’s Indoor Lacrosse Team.

Since the world championship was launched in 2003, the Canadian men have won every gold medal and have never lost a game in any of the tournaments.

He had four goals and three assists in that championship game and was named the series MVP.