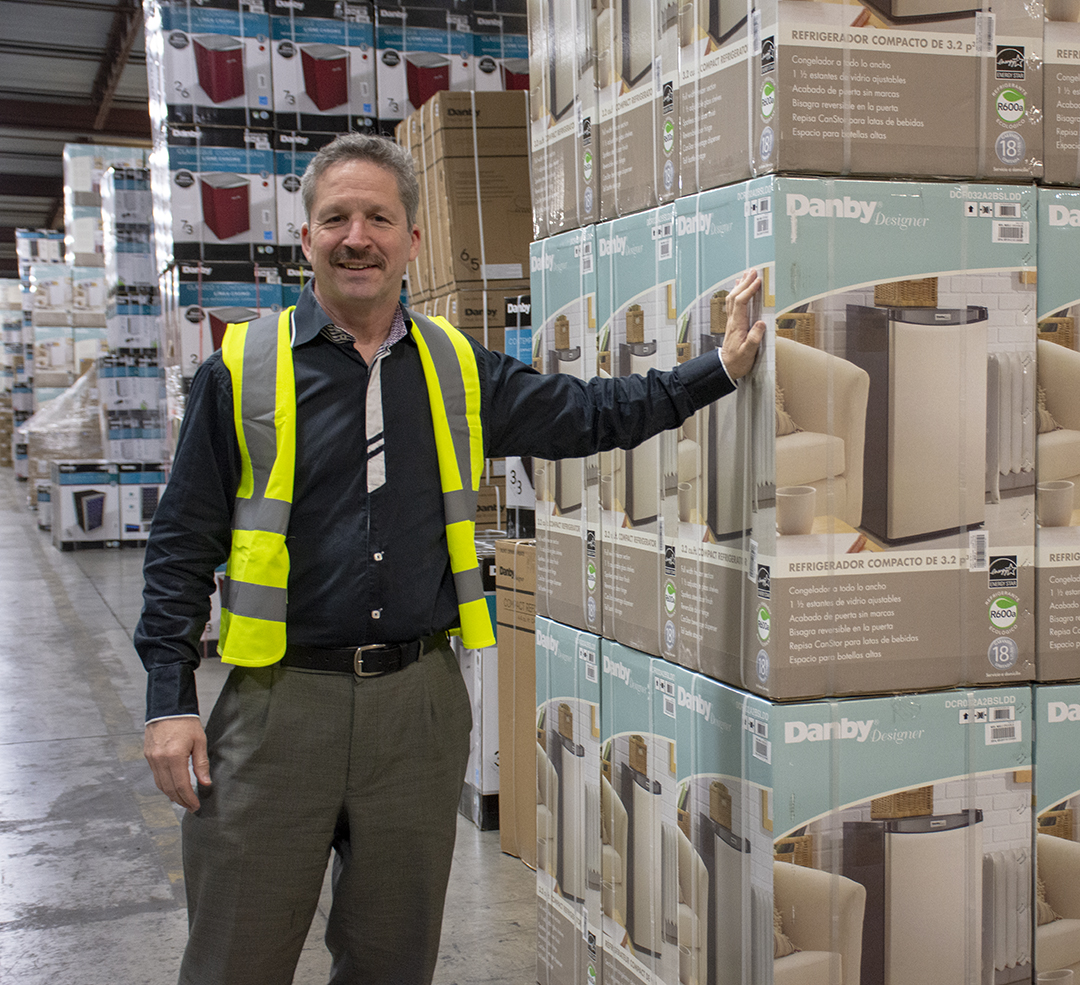 GUELPH – Local businessman Jim Estill was recently invested into the Order of Canada.

“Jim Estill is a highly regarded entrepreneur in the Guelph and Waterloo technology communities,” stated a Governor General of Canada press release.

Estill, owner and CEO of Danby Appliance in Guelph-Eramosa, was one of 40 recipients invested into the Order of Canada on March 14 at Rideau Hall by Julie Payette, Governor General of Canada.

“I’m honoured … but the key is it’s not why I do what I do,” Estill told the Advertiser.

He began his career from the trunk of his car.

As an engineer he needed a computer for circuit board design, but it was a better deal to buy two.

“So I bought two computers and sold one,” Estill said.

“When I left Synnex we were doing about $2 billion a year in sales,” Estill said.

“So it’s start from the trunk of your car and end up at two billion in sales.”

He has also invested in 150 technology businesses.

“He remains committed to the growth of the tech community through his mentorship of budding entrepreneurs and his financial investment in start-up companies,” the  Governor General of Canada press release stated.

Estill was a founding director of Blackberry and remained on the board for 13 years.

However, he has noticed that to really make a difference in the business he invests in, he needs an average of 13 years and has chosen to focus on different aspects now.

“I [realized] when I wasn’t operating a business (that)I enjoy operating more than just being a board member,” he said.

“More than just being an adviser, so I like operating a business. So that’s why I’m doing what I do now.”

Estill started out on the board of Danby Appliances about nine years ago. After five years, when the current CEO resigned, Estill stepped in, ran the company for a year and then purchased it.

“But I am at heart a tech guy,” Estill said.

So recently Danby has launched Parcel Guard, a secure option for parcels that are delivered to the door step.

“When a parcel gets dropped you get an email or a text that you got the box,” he said. “You can to open it with the app.”

Estill branched outside of the fridge and freezer market because Parcel Guard is essentially a big box at its core.

Under his estimates, within a decade most people in North America will have a parcel mailbox.

“Most people are getting deliveries from Amazon and e-commerce sites all the time and parcel theft is a real thing,” Estill said.

With about 70 million stand-alone houses in North America, Estill said that if 70 per cent of the population adopts Parcel Guard, 50 million units will be sold.

“I’m not arrogant enough to think we’ll be the only supplier; there’ll be other suppliers,” Estill said.

He noted Parcel Guard works well with other Danby products

“It’s going to be roughly the same size as a freezer,” Estill said. “They’ll probably get replaced at the same rate as freezers which is about once every 10 years … and it’s about the same price point as a freezer so it’s comparable.”

Because Parcel Guard is one of the first on the market, Estill said he thinks Danby could grab a greater market share.

“To start with we need to have one that sort of stands out because people don’t have it yet so the person doesn’t know where to put the parcel,” Estill said.

“So it needs to stand up a little, but within a decade you may disguise it as a bench or you can have a chest, you can have different versions.”

In addition to his contributions to the local tech community, Estill was chosen for the Order of Canada because of his charitable work sponsoring about 89 refugee families to Guelph.

In 2019 alone, Estill plans to sponsor another 59 refugees.

Estill said he doesn’t do anything on a small scale.

“The other thing is I have  … a charitable budget and I just saw this was a humanitarian crisis so part of it is a math exercise. How much money do you have? How many can you sponsor?”

While the early refugees came from Syria, Estill said they are now accepting refugees from all different parts of the world.

Danby has set up a smooth running system and process for refugee care, including a director of jobs, director of education, director of health and director of mentorship, as well as over 800 volunteers.

Danby also has a program called Ease Into Canada that allows refugees to work at Danby for 90 days with a focus on learning English as a second language.

“The advantage of having the focus to learn English is it helps to get around class barriers,” Estill said.

So people who think they are overqualified to work in a factory are only working in a factory to learn English.

Originally Estill said he wasn’t going to hire any of the refugees, but as he was referring refugees to other job possibilities, he learned that they weren’t Canadian job-ready.

The Ease Into Canada program helps them with that by teaching them about job safety, reliability, etiquette and more.

“Success is people working, speaking English and, to some degree, integration,” Estill said. “We’re helping people through a hard time, not trying to help people stay on a hard time.”

Some of the people who have gone through the Ease into Canada program have applied and been successful in gaining employment, while others have moved on to other locations.