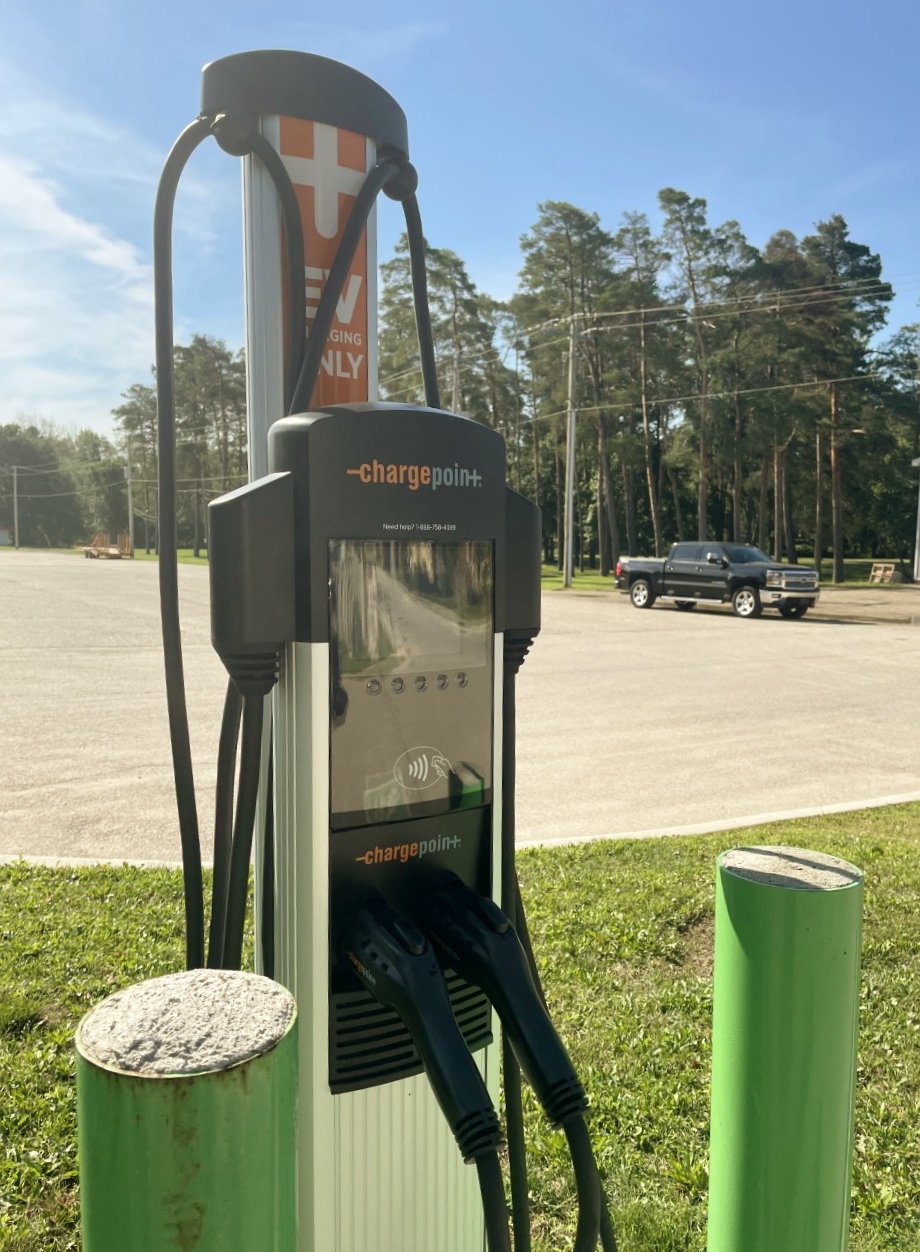 MAPLETON – A company proposing to install two electric vehicle (EV) chargers in a township-approved location made a pitch to township council on Aug. 9.

ChargerQuest Inc. president and CEO Christopher Misch told council the Canadian-owned company has charging stations deployed in seven provinces, with plans to expand to “every jurisdiction in the country” by the end of year.

“What separates us from others is that we own and operate the infrastructure that we put in,” Misch explained.

“We cover all capital costs, we cover all operating costs, customer service. We have our own app and a cloud-based operating system, which allows electric vehicle owners to stop, use our charging stations and carry on on their journey, all without having to speak to people.

“It’s all done remotely through the cloud.”

“We would cover all of the expense of putting it in, this is a zero-cost proposition to the municipality,” Misch stressed.

“We would not only cover the capital costs of putting in the two charging stations at the location, we would also have a revenue share that would come back to the municipality.”

Misch noted the revenue to the municipality is designed to offset the electricity costs.

“The added bonus of having electric vehicle owners come into your region is the indirect spending … the time that they would spend in your municipality, potentially down the road, they may want to move there, or at least at the very least support local proprietors and business owners in the region,” he told council.

“We’ve deployed over 100 chargers across the country. And we think this is a great advantage.”

Misch continued, “What’s great about level two chargers is it pulls EV owners off of the highway that would typically be driving through your municipality, potentially through Drayton, for example.

“And this will get them off the road, plugged in for usually about two to three hours at most. And during that time, they will visit local restaurants, shopping, destinations, the arena, whatever they have in their travel plans.”

Misch said the company is proposing a five-year agreement with the township to host the chargers on municipally-owned land.

“What’s the time frame here? How soon can this be activated,” asked councillor Marlene Ottens.

“A matter of weeks unless we run into snags as a result of lack of service, lack of internet, or challenges with the site in other ways. But typically, we’re looking at two to three weeks, and five or six at the latest,” Misch replied.

“A lot of your chargers currently are at hotels,” observed Mayor Gregg Davison.

“Now you say you’re moving to more municipal setups; how many municipalities do you actually have a set up in now?”

“We’re close to 100 hotels within our portfolio and another 100, earmarked for installations,” replied Misch.

“As a new company, we’re only three years old, but I’ve been in this space for 10 years. So we’ve embarked on the hospitality area first, because it … made the most sense.”

He added, “We have two municipalities that moved forward with our program. They reached out to us.

“We’re not actively pursuing municipal agreements at this time, but that is obviously going to happen, just because of the amazing opportunity that we’re presenting to municipalities across the country.”

Misch noted North Bruce Peninsula and Lambton Shores are two municipalities where the company has agreements.

Council received the presentation as information.