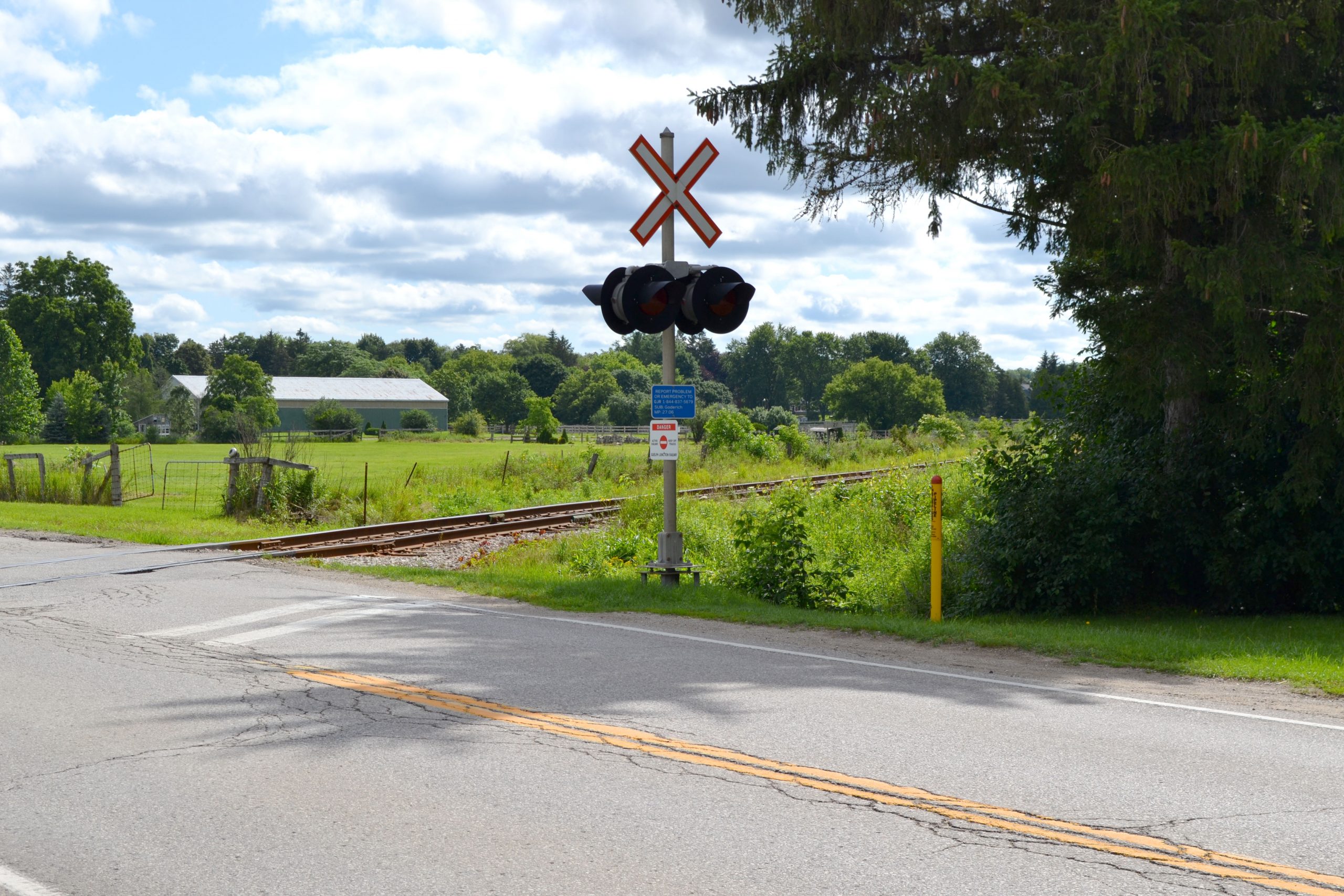 ARKELL – Residents here who live near the Guelph Junction Railway’s (GJR) train crossings fear that not enough is being done to address their concerns regarding the railway’s operations near their homes.

The Concerned Citizens of Puslinch formed a committee consisting of five members who now represent 40 families in the area.

The group has focused on three main issues: the train’s Arkell siding transloading noise, hours of operation, and their desire for the township to enter into a whistle cessation agreement with the GJR, similar to an agreement the City of Guelph has made with the railway.

The trains slow down at train crossings to a much slower speed while in Guelph, allowing them to use the quieter engine bell.

Without a similar agreement in Puslinch, the trains still use their horn and don’t slow down nearly as much as they do while passing through Guelph.

Last month, Puslinch council abandoned its pursuit of a whistle cessation agreement, citing safety and liability concerns, and a desire to focus on the train’s transloading noise and hours of operation.

Council also announced that the GJR had voluntarily agreed to reduce its hours of operations and had begun taking steps to mitigate noise issues.

In an interview with the Advertiser, Bruce Taylor, a local resident who represents the Concerned Citizens of Puslinch, said the decision to abandon the whistle cessation agreement was made too quickly, and must be explored further.

“Before you say yes or no, do your research,” Taylor said.

“No study was quoted; no research was cited. And I’m no railway expert either. This is complex.”

Taylor said many municipalities of a similar size to Puslinch have established whistle cessation agreements, so there must be a way to resolve questions around liability.

“They (GJR) have a perfect safety record. Speed of the train is far more important than horn blasting when it comes to safety,” Taylor said.

“Why is there enough safety in Guelph with this slow speed of the train, but not in Arkell, for four more stops? And there are only two or three more in Puslinch.”

“People don’t get that the GJR would likely agree to go through Arkell slower,” he added.

Last month, councillor Jessica Goyda disagreed with this assessment, saying that the horn is necessary in rural areas like Arkell, while it may not be necessary in an urban area like Guelph.

Taylor said the reality is, the opposite of this is true.

“What increases risk is density of vehicles, pedestrians and cyclists. So, it’s all the more reason to have a blasting horn in Guelph, when you have a much higher risk for an accident,” Taylor said.

“But because you have a whistling cessation agreement and you replace it with more effective safety measures like speed of the train, then you have an excellent safety record like the GJR has.”

Taylor said to this point, no progress has been made regarding the Arkell siding transloading noise, even though it was noted at a previous council meeting that the

GJR had started to address the issue.

The siding is just off Arkell Road.

The transloading creates a humming noise and has caused vibrations to occur in people’s homes.

“The transloading noise has not improved,” Taylor said.

“It’s a motor on a PDI truck that vacuums out the polymer pellets from the hopper cars. They haven’t made changes so that we don’t hear that sound.”

Taylor said the vacuum noise usually starts around 7am.

“It depends how many hopper cars are on the Arkell siding.

“There was once 13, but usually there are four to six. So, you know sort of how the week’s going to work out when you see that many cars that have to be unloaded.”

Taylor pointed to the fact that the noise is now louder and happening more frequently, as the railway has expanded its operations in the past few years. He said this is unacceptable, considering how much the area has changed over time.

“The mayor says the Arkell siding has been around for decades. Well, who cares? The world has changed. We’re not as much a rural community anymore. We’re not little Arkell of 100 years ago,” he said.

“Density, population, and so forth are totally different. You have to adapt to the times.”

Taylor said the Arkell siding should be moved and was never formally approved by the township in the first place.

“It hits us here. The point is, this is an industrial operation in a residential/agricultural area,” Taylor said.

Taylor did say, however, that the GJR’s hours of operation have improved significantly. He said the train used to wake residents late at night, sometimes as late as 1:45am.

“The hours of the train have improved. And that’s thanks to the train committee and the Concerned Citizens of Puslinch,” he said.

“They’ve (the GJR) agreed to try to (operate) no later than 11pm or on weekends. Many nights it has been between 10pm and 11pm.”

The train committee is now asking for the railway to cease operations by 10pm.

“Children don’t go to bed at 11. There’s research on the value of sleep. For some people, when their sleep is interrupted, they don’t get back to sleep.”