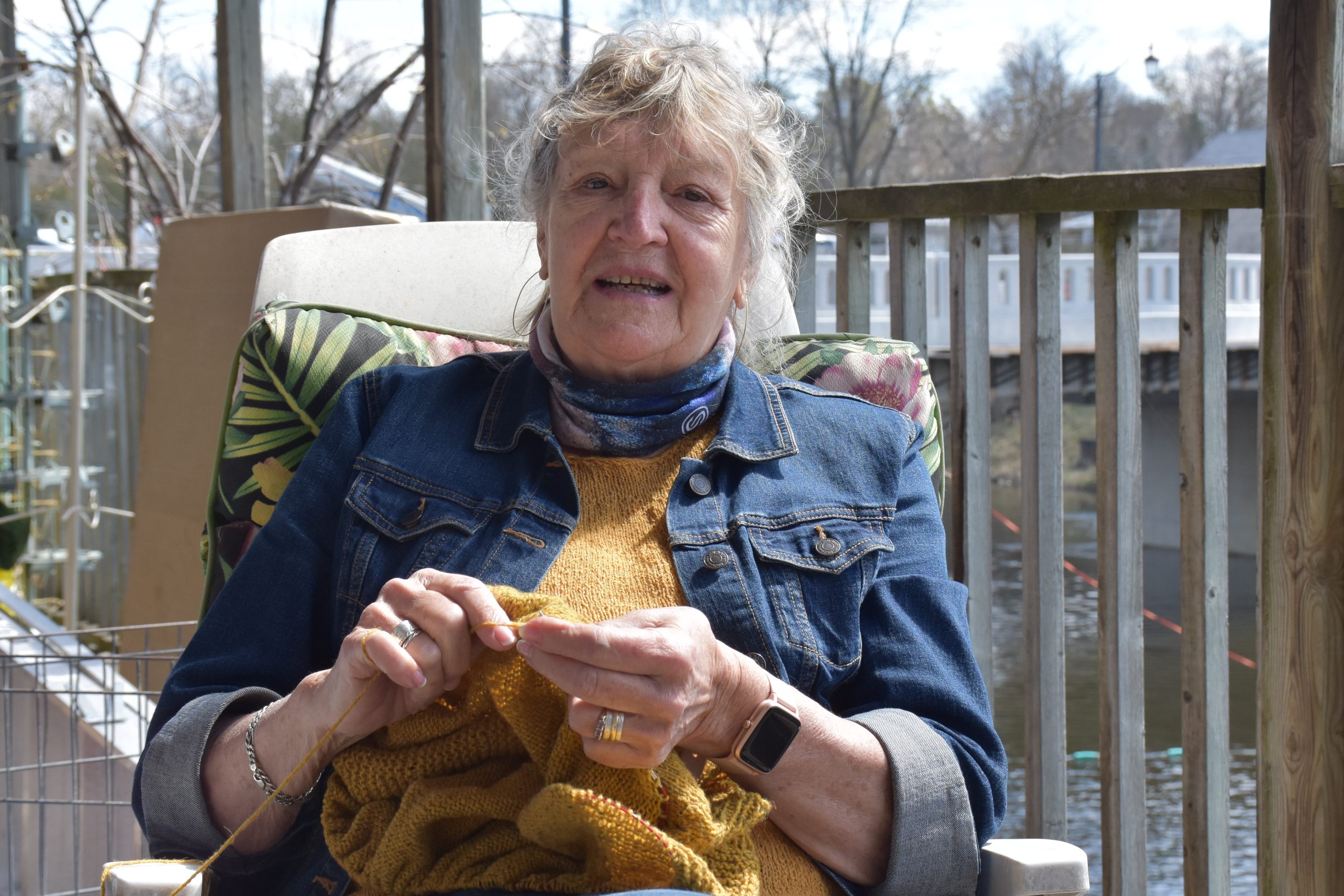 Marlene Pascoe will never put away her knitting, but she’s closing her store at the end of May. Photo by Joanne Shuttleworth

ELORA – It’s no pun for Marlene Pascoe; her passion for knitting is at the core of Yarnbird and her passion for people is at the heart of the close-knit community that’s developed over the 33 years she’s owned and operated the store.

But the yarn store, a fixture on Mill Street West in Elora, is closing at the end of May. And that has Pascoe reminiscing about her years – and years, and years – in Elora.

“I probably should have retired 20 years ago,” the 82-year-old said in an interview on April 14.

“I just loved it so much. That’s why I stayed.”

Pascoe was a home care nurse for years and that kept her pretty busy. But she was also an accomplished knitter and she came to be good friends with Alice White, the original yarn store owner since 1973.

Pascoe did a little knitting for White on the side but increasingly found herself hanging out at the store.

After White died, her daughter Eileen Pedersen took it over and in 1988 Pascoe decided to buy the shop and quit nursing altogether.

It went well for a few years but never brought in enough money to be her sole source of income.

So Pascoe returned to nursing, worked in the mornings and ran the shop in the afternoons.

“There was a real community on West Mill,” she said.

“The shop owners would have coffee together, talk about their business and their families. I really felt like I belonged to a community.”

Pascoe also offered classes – twice a month, from September to May – but hers ran differently than most knitting stores.

“They weren’t really classes – everybody was doing their own thing,” she said.

“I’d help the new person, but a lot of good knitters would come, more for the chat than anything. But they all learned something.”

Barb Gooch, also a knitter, discovered Yarnbird when her family vacationed at Belwood Lake. She now lives in Elora, “and that’s when I really started hanging out at the store,” she said in an interview.

“We’d just circle the group, giving help when asked. Then I noticed that the knitters were helping each other and that was very gratifying,” Gooch said.

“And I tell you, there are lots of babies all over the world who wear knitted clothes from Yarnbird.”

Pascoe said her grandmother taught her to knit when she was four years old, and knitting has always been a part of her life.

“I have knitting in my purse at all times,” she said.

“I can’t watch TV and not knit. And honestly, knitting has been my saviour in this pandemic. I don’t know what I would have done this winter without it.”

Pascoe said she’s got some knitting work to keep her busy when the store closes. And she’ll be knitting sweaters and things for herself for a change.

It’s been tough to sell off her stock during closures and stay-at-home orders, but Yarnbird is selling everything in the store at 20% off.

Yarnbird is set to close at the end of May.