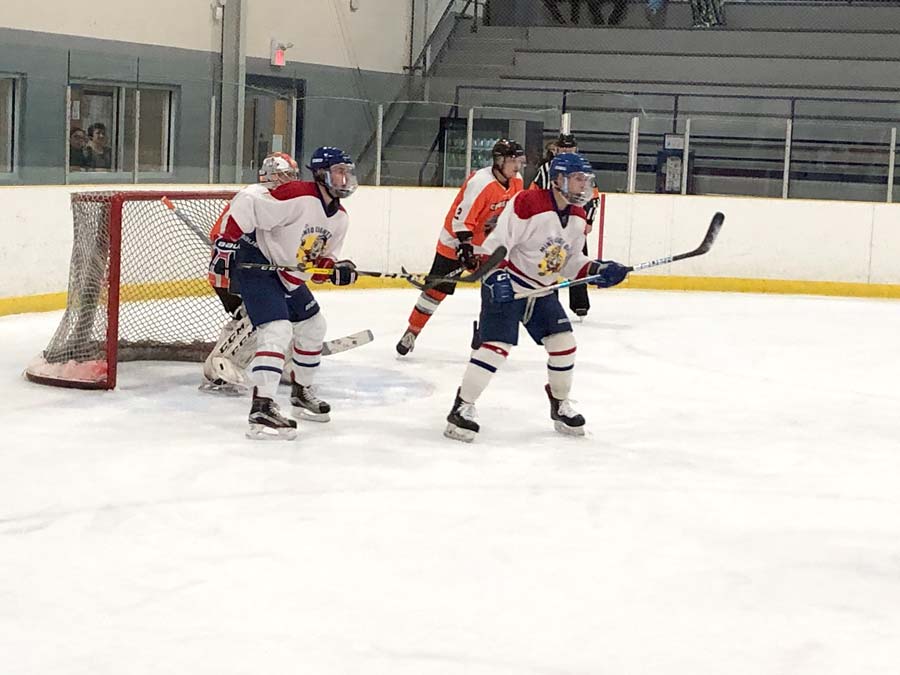 Senior hockey action – A pair of weekend wins moved the Minto 81’s into 7th place tie with the Durham Thunder Cats in the WOAA Senior hockey loop. The team has a game in hand on the Thundercats, but only five games left on the schedule to lock down a berth in the AA playoff round, including a key matchup with Durham in its next home game on Jan. 18.

Action from a 4-3 home victory on Jan. 3 over the Shallow Lake Crushers. On Jan. 5 the team downed the Elora Rocks 4-2. Saturday’s action featured Alumni Night, with 30 former 81’s joining the team for a skate. The Jan. 18 game will begin at 4pm and will be followed by the team-hosted Giggles Comedy Night scheduled to start at 7:30pm.