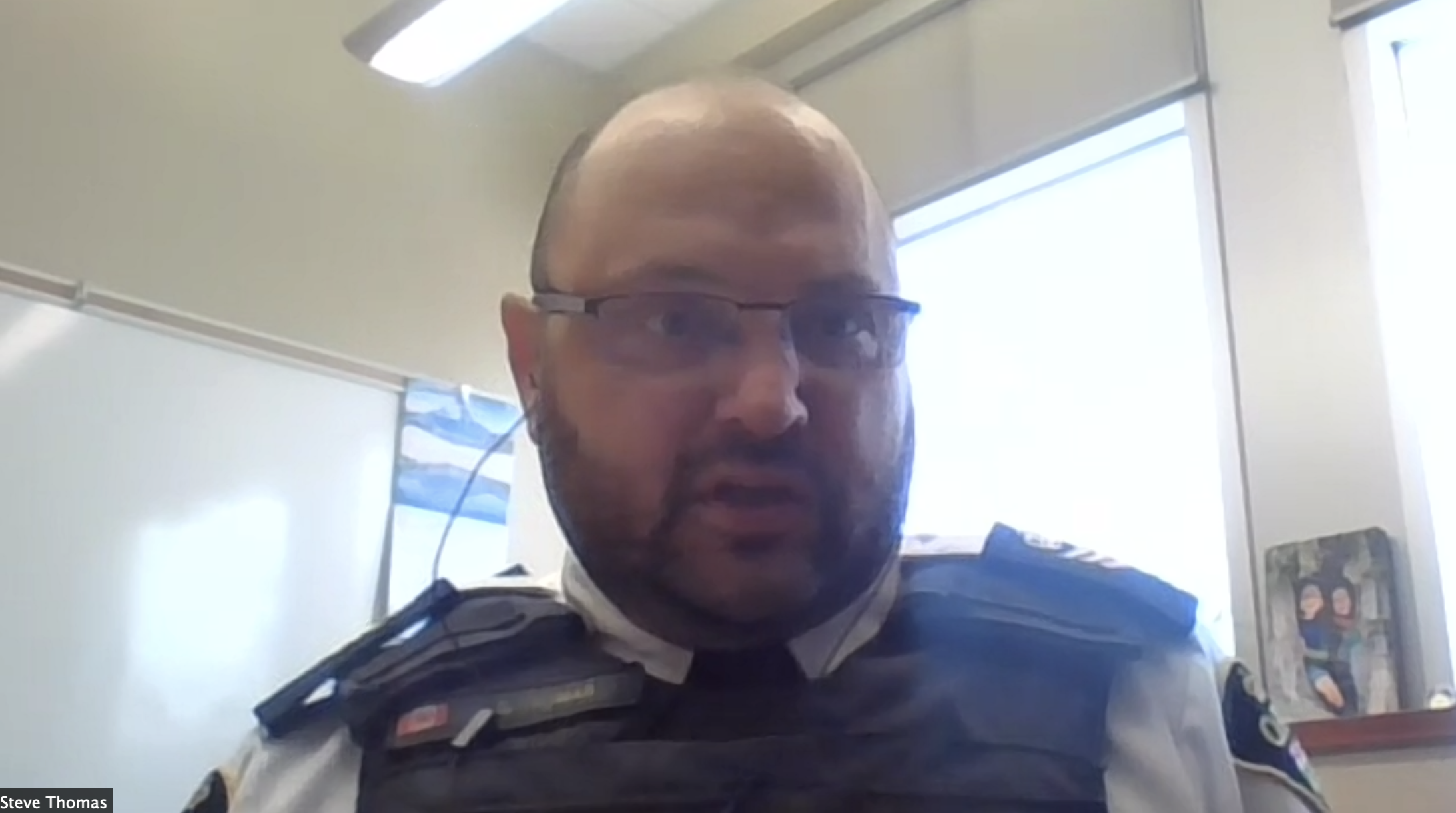 WELLINGTON COUNTY – Serious crime is down across the board in the county, according to a year-end report presented to the Police Services Board on Feb. 9 by Wellington OPP staff sergeants Steve Thomas and Dean Korn.

Although overall crime may be down slightly in certain categories, call volumes are rising again – by 25% over 2020 – but fall short of meeting pre-pandemic levels.

“Some types of calls that regularly fall into this category would be when police assist [paramedics] or other police agencies,” Unger stated in an email.

And in third place were motor vehicle collisions, with 1,823 occurrences.

An Advertiser review of call data between 2010 and 2020 determined domestic disputes are up significantly compared to a yearly average of 410 disputes.

Mental health calls were not explicitly reported in past year-end reports reviewed.

Calls involving traffic, whether a driving complaint or a collision, are the most prevalent type of call police deal with in the county.

“We get many, many traffic complaints,” Thomas told the board.

However, data shows there was an increase in collisions causing injuries.

Seven people died in collisions last year, the same number of people who died in vehicle collisions in 2020.

Since 2014 at least 76 people have died in collisions on roads within Wellington County.

Unger was unable to say what type of collision falls into the “other” category.

Last October, Wellington OPP began allowing drivers of reportable vehicle collisions to use the Aboyne detachment as a collision reporting centre with the goal of freeing up officers from having to respond to collisions when unnecessary.

From October to December, police at the Aboyne detachment have addressed 101 collision reports, or 22% of all property damage collisions during the last three months of the year.

When it comes to what the OPP describe as “the big four” traffic offences, there was:

“Despite consistent messaging concerning the dangers of the ‘big four’ offences … these offences continue to be contributing factors in the fatal and personal injury motor vehicle collisions occurring in Wellington County,” said a prepared statement provided by Unger.

“The Wellington County [traffic management unit continues] to conduct proactive patrols … focusing on enforcement and education in an effort to make the roadways in Wellington County safer for all who use them.”

Unger did not address an Advertiser question about whether there was in fact less impaired driving last year or if there were just fewer people caught.

Since 2014, alcohol has been determined to be a factor in at least 376 collisions in the county.

The top crimes of 2021 involved assault, threats, theft, fraud and mischief – all of which were down slightly across the board.

“[We’re] doing a bit of research,” Thomas said, suggesting the increase was due to thefts of commercial and utility trailers.

In total last year, police laid 1,788 Criminal Code charges and 37 drug charges ranging from possession of cocaine to four charges for the trafficking of crystal methamphetamine.

“After 2018, once the cannabis was legalized, obviously we saw a drop in our drug crimes, but we’ve refocused our efforts into the trafficking and distribution,” Thomas pointed out to board members.

And in May, human remains found south of Mount Forest near Highway 6 south of Sideroad 5 West, were later identified as Levi Edward Larter, last seen in 2020.

With the pandemic causing more people to remain at home, Richardson stated the crime unit arrested 25 people on outstanding warrants and on Dec. 29, a warrant execution led to the seizure of stolen jewelry and a variety of weapons including crossbows, pellet guns, ammunition and knives.

Richardson highlighted a drug trafficking investigation in Puslinch, leading to the arrest of two people and the seizure of cocaine, heroin, morphine, psychedelics and cash.

Another investigation involving Wellington OPP cracked down on cocaine and cannabis distribution here and in surrounding municipalities. Search warrants were executed at locations in Erin and in Wellington North with a variety of drugs, cash and weapons seized.