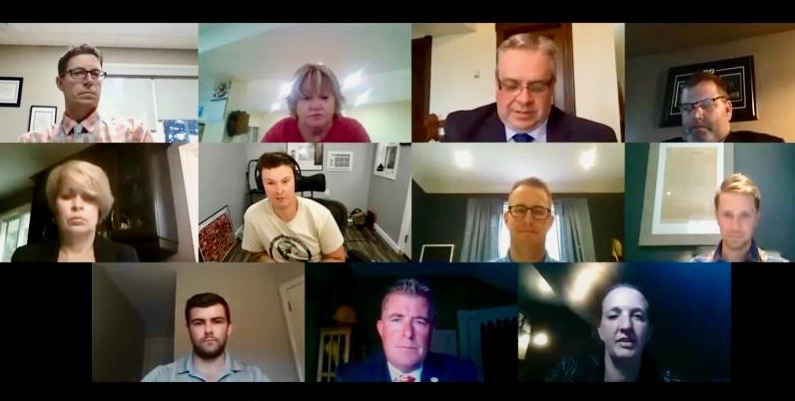 WELLINGTON NORTH – Councillors here are considering changes to the township’s procedural bylaw to allow council to maintain the option of continuing with electronic meetings.

The possibility of allowing councillors to vote by proxy is also under consideration, though two council members expressed strong opposition to the idea during the July 27 council meeting.

Council has been meeting via video conference under emergency legislation passed by the province on March 19 in response to the COVID-19 pandemic.

While electronic participation of council members was previously allowed, the new legislation permitted remote participants to count toward a quorum and to participate in closed sessions.

On July 8, the Ministry of Municipal Affairs and Housing introduced Bill 197, omnibus legislation which, if adopted, would allow local governmental bodies to continue to hold meetings in an electronic or remote manner.

Bill 197 would also make changes to a variety of other municipal and land use planning and development statutes.

Known as the COVID-19 Economic Recovery Act, 2020, Bill 197 would also, for the first time, allow proxy voting for members of a council.

Councils would be required to amend their procedural bylaw in order to allow continued electronic meetings and proxy voting.

Wellington North clerk Karren Wallace asked council for direction on how they wished to proceed with future meetings, given the province’s emergency declaration ended on July 24.

Councillor Steve McCabe asked if future meetings would continue to be recorded and posted online, as video conference meetings have been during the pandemic.

Wallace noted the township recently purchased equipment to allow in-person meetings to be video recorded if council goes that route.

“I think the public likes being able to watch these remotely,” said Wallace.

“I just think it’s a good thing; it’s more open and transparent and the more the merrier.” 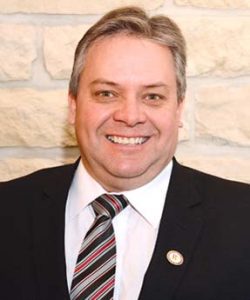 “Even if we do wish to go back to in-person meetings this would give us flexibility. We don’t know what’s coming down the road,” Lennox stated.

“How would that look, just based on occupancy rates for that room (the council chamber) and how all of us would be sitting at a table?” asked McCabe.

“Would we have to wear masks while we’re there?”

“There would be a limited number of people allowed into the council chambers because of the space. It wouldn’t be as accessible as it is now in terms of people being able to access it.”

Wallace added, “We would be limited in staff as well. So there would still be a Zoom meeting taking place, but we would all be leaving our homes to go have that zoom meeting.”

McCabe asked if the Kenilworth Public School auditorium or space at the OPP training facility in Kenilworth could be used for in-person meetings.

“I would be shocked if the public school would let people in there that were not students or parents,” said Wallace.

She added the OPP space has been considered for municipal functions in the past but OPP clearance would be required “and I don’t’ think it’s really suitable.”

“So we’re really talking about going to the Arthur Community Centre or the Mount Forest sports complex,” said Lennox.

Wallace noted, “If we change it so we can have a Zoom meeting, it doesn’t mean we have to. It means we have that flexibility if we need to.”

CAO Mike Givens said, “This is about allowing alternatives. We’ve seen that these meetings can work, for the most part.

“There’s also opportunity where we could have certain members of council come to Kenilworth who are located here, close by. There’s good internet connectivity, but we still need to utilize the Zoom platform.”

Givens added, “There’s lots of options that can be explored.”

Lennox pointed out there is “some time sensitivity” to the decision.

“Under the current scenario we’re fine as long as we keep the local state of emergency in place to carry on as we do,” noted Lennox.

“If it becomes difficult to maintain the local state of emergency, then we’re forced to go back to the in-person meeting unless we amend that procedural bylaw in a timely way.”

Wallace noted the new legislation would allow voting by proxy, and asked council members to weigh in on that issue as well.

She suggested councillors could email her their thoughts on the issues of electronic meeting and proxy voting and she would compile the information as part of a report for the next council meeting.

However, she cautioned against council members sharing the emails with each other as that could technically be considered an illegally-held in-camera meeting.

“I have some pretty strong feelings about the proxy voting,” said Wallace.

Wallace also said council should consider if any limits should be placed on virtual participation by council members.

“Are we going to let the mayor go to Antigua for the year and just Zoom into the meeting?” she quipped.

Lennox stated, “I’m very much in favour of trying to keep this option of Zoom meetings or electronic meetings open.”

However, he added, “I am absolutely not in favour of proxy voting. I think that’s a huge mistake.

“Maybe in some remote communities that’s appropriate, but I think if you’ve got a vote that’s important you need to show up for the meeting, whether it be electronically or in person.”

McCabe said, “If we can keep this (video conferencing) open as an avenue I would be in favour of that.

“But if we need to meet in person in an emergency of course, everyone I think probably make themselves available for that.

“But yeah, proxy voting, I would strongly oppose that as well.”