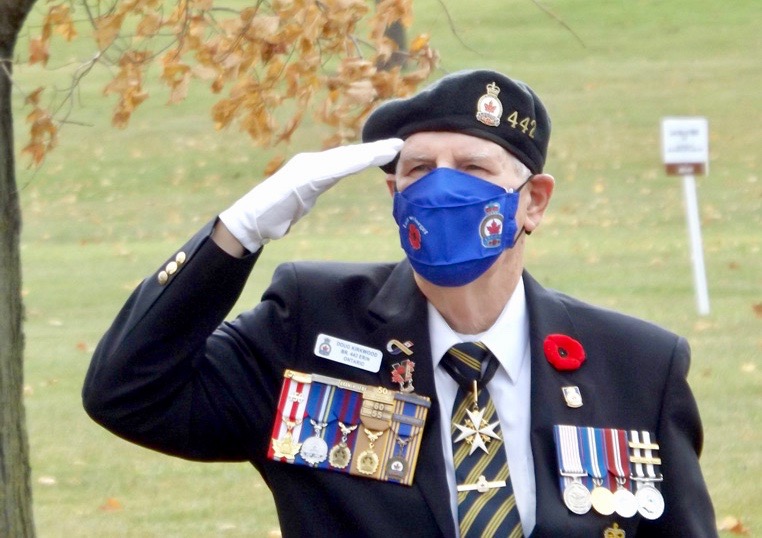 Doug Kirkwood of Royal Canadian Legion Branch 442 Erin salutes during the playing of The Last Post at a Remembrance service on Nov. 5 at the Wellington County Museum and Archives. Photo by Patrick Raftis

ABOYNE – Soldiers from Wellington County who made the ultimate sacrifice for their county in wartime were recognized at a ceremony here on Nov. 5.

Names of the over 500 individuals from the county who gave their lives in the First World War, Second World War, Korea and Afghanistan were read by representatives of county Legion branches during the annual Remembrance service at the Wellington County Museum and Archives (WCMA).

“They gave up everything for their country, for all of us. All we can do is remember them,” said Lynn McClellan, vice-president and chair of the provincial youth education committee for Royal Canadian Legion Ontario Provincial Command.

The crowd for the service was smaller than usually due to the ongoing COVID-19 pandemic, consisting mostly of participants from local Legions, county staff and elected officials.

“It’s been a hard year for all of us and I think it’s important, especially during these hard years, that we have events like this,” said WCMA activity programmer Kyle Smith.

“It gives us a real appreciation for the sacrifice that the people who are represented on these markers behind us have done so that we can live in a freer and better world. 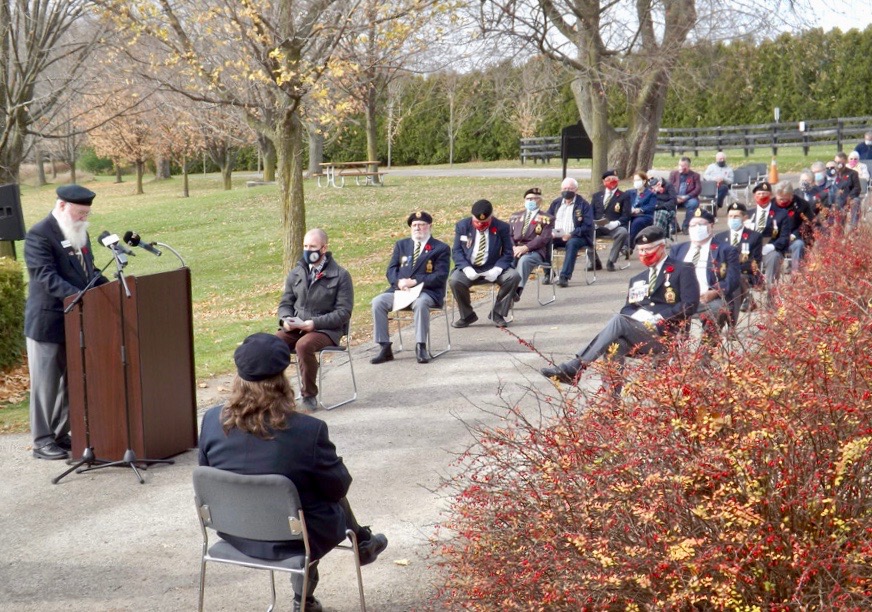 Tom Kirby of the Fergus Legion reads some of the names of Wellington County’s war dead at the Nov. 5 ceremony.

Wellington County Warden Kelly Linton recognized the Legion members and county staff who organized and participated in the service.

“Like all other events in 2020, COVID has made even this important event hard to organize,” said Linton.

“But here we are today, thanks to dedicated county staff. Thanks for that.”

Addressing the gathering, Linton stated, “Its important to remember these brave individuals gave their lives for a noble purpose. To protect the values that Canada holds sacred.

“Brave Canadian soldiers stood shoulder to shoulder with their Allies across the Atlantic to fight against the oppressors who threatened our shared sacred values, like the equality of all people, democracy and the rule of law, freedom of speech, freedom of expression, freedom of religion.

“These values need to be as important to us today as they were when these brave Canadians fought and died for them in the years gone by.” 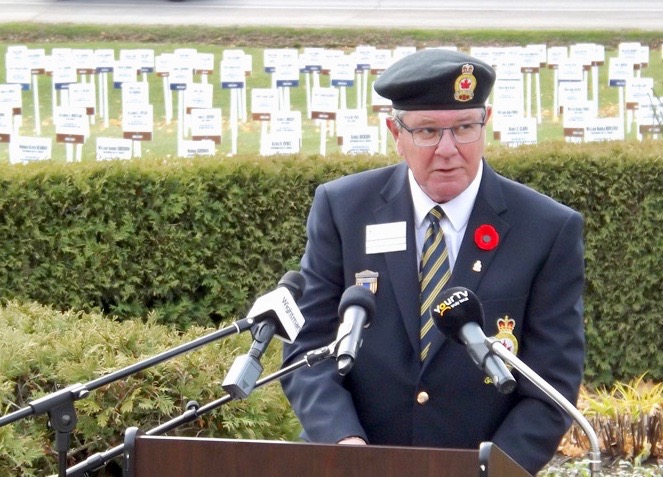