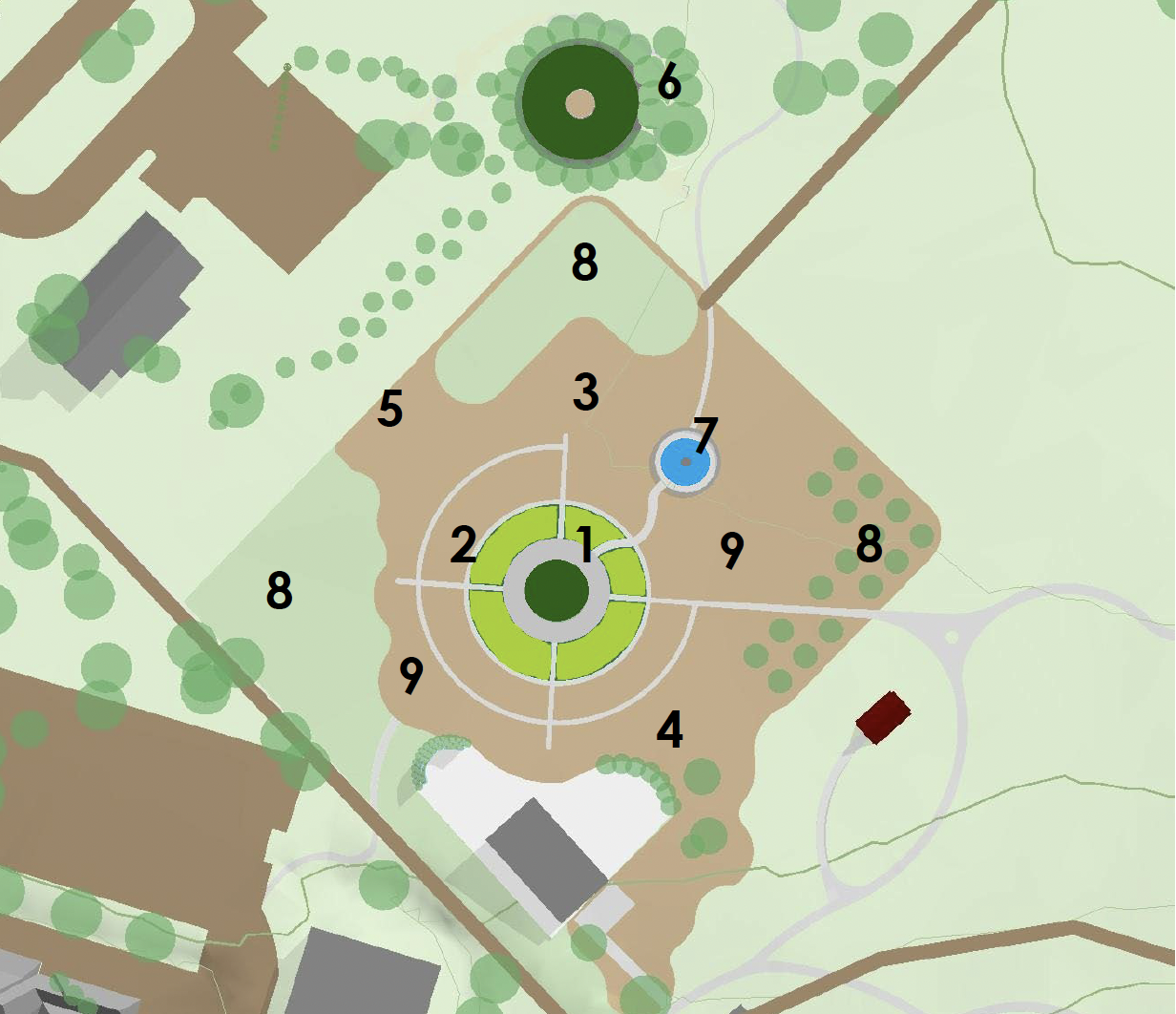 ABOYNE – What began as a simple request from the county’s Indigenous Advisory Committee (IAC) for space to grow sacred medicines has evolved into a plan for an Indigenous Gathering Circle on two acres of county-owned land at the Wellington Place Campus here.

The IAC had asked the county for land to plant four medicines – tobacco, cedar, sweetgrass and sage – for ceremonial use in county matters.

“We were running out of medicines; our own personal stashes were getting used up in order to help further this work,” said IAC member Colleen Brunelle, who is also a county employee and a member of the Métis Nation of Ontario.

But through conversations about “how to move the needle forward on reconciliation,” the idea was born for a gathering circle.

The IAC was formed as the county began considering land acknowledgements as part of its meetings, and has since helped guide the work of county departments relating to Indigenous matters.

“There’s no head, no foot; we sit in a circle, we all have an equal voice in … this work,” Brunelle said.

On June 20, the county and IAC made plans for the gathering circle public for the first time in an online presentation with 48 attendees. 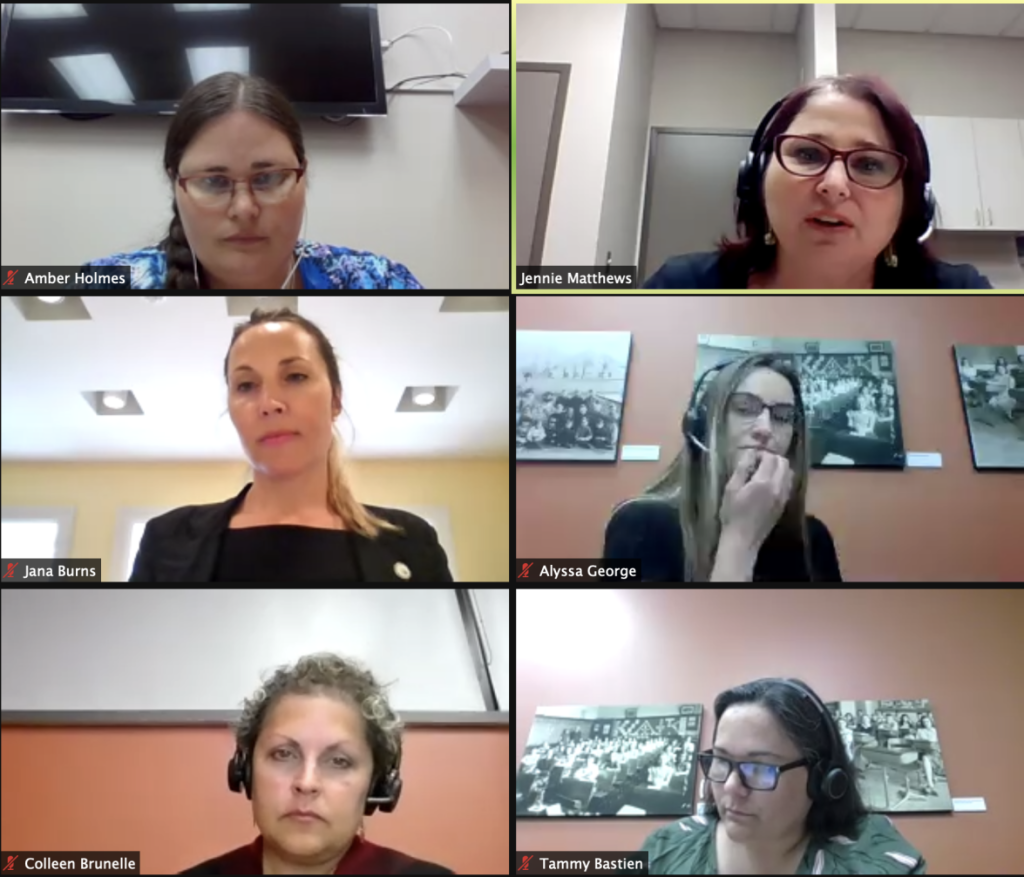 County staff and members of the Indigenous Advisory Committee are seen during a June 20 presentation of plans for an Indigenous Gathering Circle to be located on the lands of the Wellington Place campus. (Screenshot)

The plans and design have gone through many iterations, based on feedback from meetings with “Indigenous allies.”

The committee learned medicines should be located by the water, in this case the nearby Grand River, winding its way south of the campus property beyond Wellington Road 18.

But a survey examining suitability of the county-owned area by the river – known as the “meadows” – found it was not easily accessible.

Though medicines will be planted by the river, the gathering circle, to be located on farmland behind the Wellington County Museum and Archives, serves as the focal point.

Jenny Matthews, a member of the Wiikwemkoong band – composed of Ojibwe, Odawa and Potawatomi peoples, forming the Three Fires Confederacy – spoke of the circle’s proposed design and elements.

The committee is suggesting seating fashioned from stone or wood; sweet grass planted in raised boxes around the seating area; rows of corn rustling in the breeze; a circular cluster of cedar trees; an orchard with native species such as wild plum; an open space for optional planting by Indigenous community agencies for their own needs; and a water feature with three, stone artwork pillars representing First Nations, Métis, and Inuit peoples.

Amber Holmes, a two-spirit, Anishinaabe medicine keeper and county employee, said the feature will bring the important element of water to the space.

Missing is the element of fire, but Holmes assured a  Sacred Fire can be arranged through the IAC, which will accommodate requests and provide a safe, private space within the cedars.

The gathering circle will serve as a dedicated space for the Indigenous community to grow medicines; share their teachings; participate in healing, ceremony, and celebration; and for the community at large to assist in making the space come together as a part of its reconciliation journey, Holmes said.

The proposed design is not yet finalized, and the IAC is soliciting feedback from across the county.

The project, Brunelle said, is about the journey, not checking off a box.

“I’m constantly reminded that it’s not our job to do it; we’re just here to kind of facilitate it and bring everybody along with us,” she said.

“This journey to reconciliation is something we all have a piece in, and it’s not just the county doing this and giving the answer top-down.”

Following the presentation, 17 questions were posed, mostly related to accessibility for disabled persons and design, with county staff and IAC members taking notes.

There will be ample opportunities for the involvement of volunteers from across the community, Indigenous and non-Indigenous alike, to help maintain the space and participate in it – including children from an adjacent early years centre and seniors from the Wellington Terrace Long-Term Care Home.

“We’re encouraging everyone who wants to use the space, who wants to be part of this project to get in touch,” said Brunelle.

Comments and questions can be emailed to: indigenous@wellington.ca.

County council has allotted $250,000 for the project, and work is expected to begin as soon as possible.

The IAC will review and approve a final draft design which will then go to the county’s information, heritage and seniors committee before being tendered over the summer for bids on the work.

The project will next be discussed at a special meeting of the county’s heritage, information and seniors committee on June 28 at the county administration centre in Guelph.