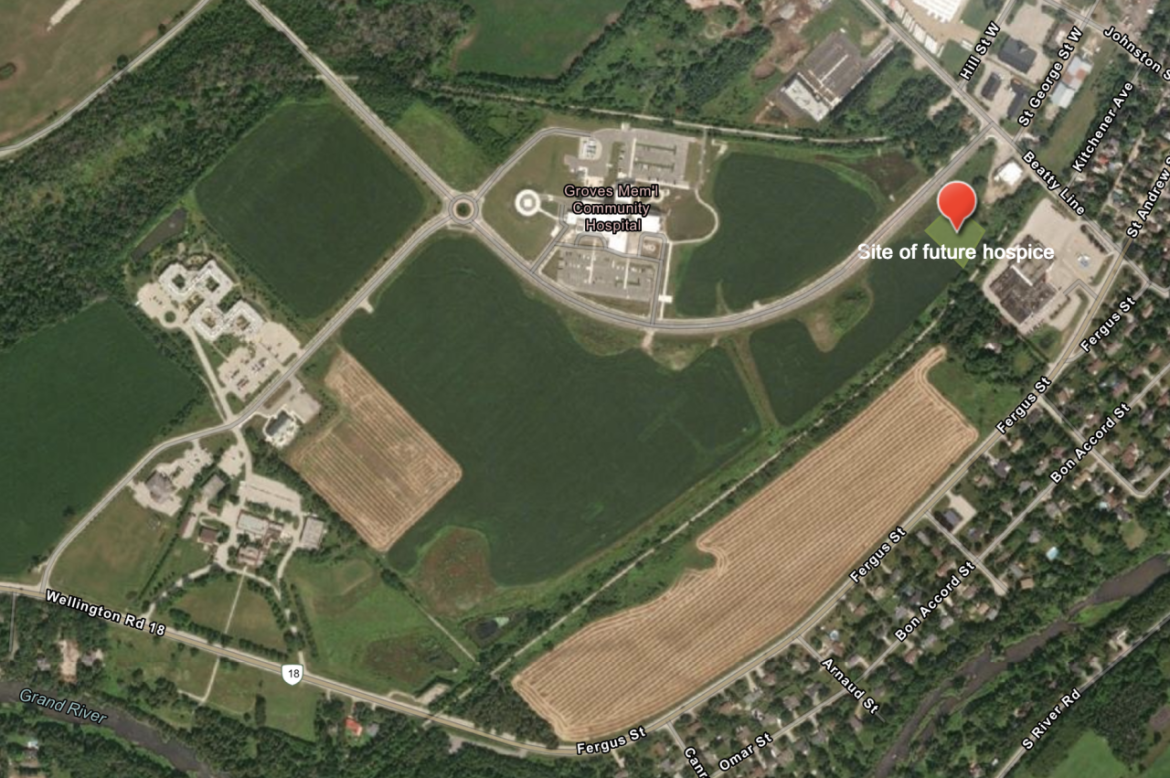 Wellington County Warden Kelly Linton announced on May 26 the county would be providing access to around two acres of land at the Wellington Place campus for a planned hospice serving the county. (ArcGIS Map, Wellington Advertiser graphic)

GUELPH – The long search for a home to build a new hospice in Wellington County has arrived at the end of Frederick Campbell Street near Beatty Line.

Following a closed session during county council’s meeting on May 26, Warden Kelly Linton announced the county would support a future “rural residential hospice” by offering land within the Wellington Place campus in Aboyne.

To much applause, Linton said a planned six-bed hospice is much needed and will provide end-of-life care to county residents and families.

The hospice is anticipated to occupy approximately two acres on the south-east portion of a 9.7-acre parcel of county land behind Sharpe Farm Supplies, which was designated for supportive housing in a 2011 site plan. 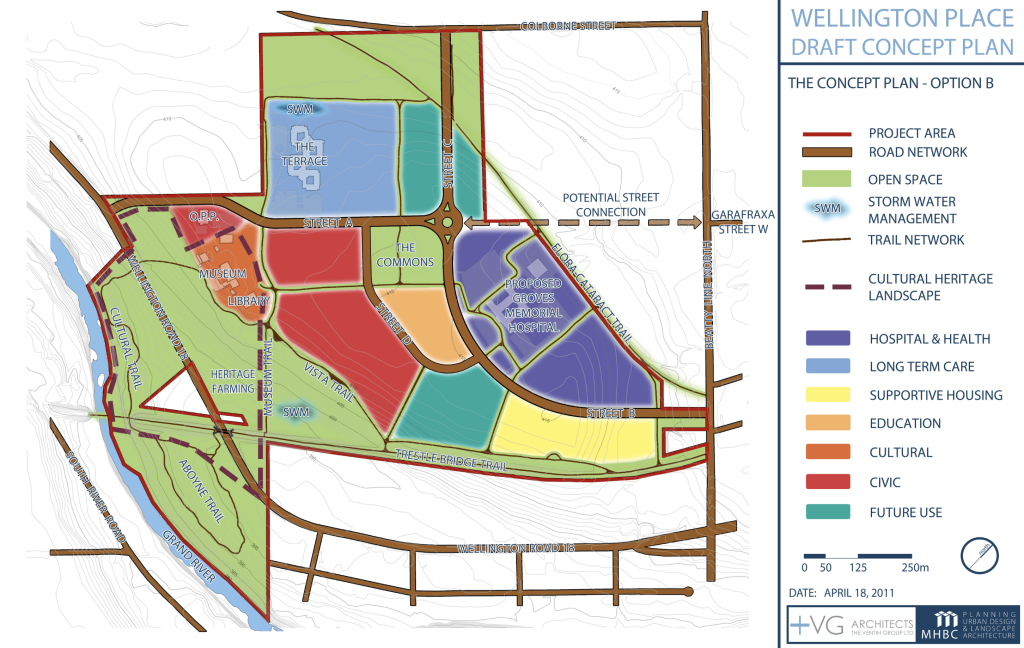 Speaking to the Advertiser following the meeting, Linton said the county had been approached by retired physician Alan Simpson and Elora physician Sarah Gower, who were in search of land within the county on which to situate a new hospice.

All discussions were kept behind closed doors as the county moved “within a month” to offer the suggested space, Linton said.

Simpson and Gower strongly indicated the county intends to donate the land, however CAO Scott Wilson wouldn’t confirm specifics, saying details had yet to be worked out.

The county’s involvement begins and ends with the land.

Everything else, including the raising of millions of dollars to make the hospice a reality, is up to a core planning group of health care practitioners, led by Gower.

Having the land committed, Linton said, will be key for raising those funds.

Mary Lloyd, chair of a county committee addressing seniors, said the hospice is “something that we deserve in this community for our residents” and a “partnership that comes along once in a community’s lifetime.”

Hospice Wellington, which has 10 beds in Guelph, is undersized for the county’s growing population, she added.

Admission to the hospice will not be restricted to county residents.

Lloyd told reporters following the meeting that Hospice Wellington is involved in the new project, but when contacted by the Advertiser for comment, executive director Pat Stuart was caught off guard, first learning about the news from a reporter.

Stuart clarified Hospice Wellington is unaffiliated with the new project.

Several years ago, Hospice Wellington had participated in a feasibility study with a group involving Gower, Stuart said, but hadn’t been in touch since.

Indeed the search for land began some time ago – upwards of 12 years, according to Simpson and Gower, who were both motivated to start a hospice focusing on the county.

Gower confirmed Hospice Wellington had been involved earlier on, saying the organization was “helpful” and “very kind.” 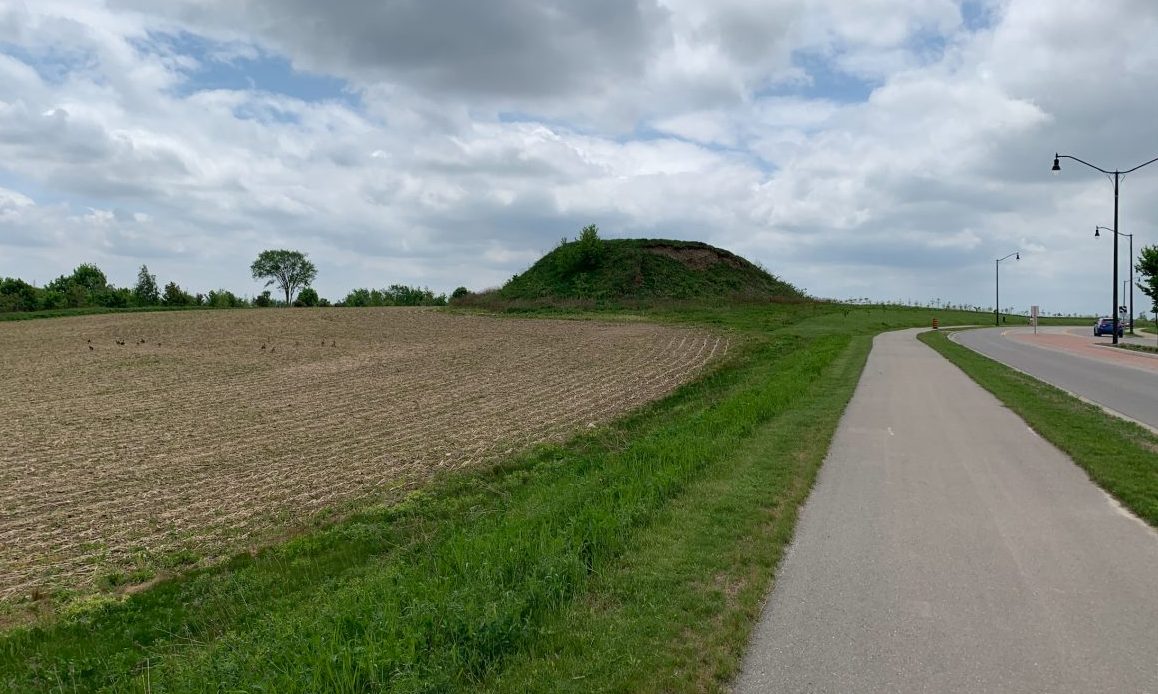 Wellington County Warden Kelly Linton announced on May 26 the county would be providing access to around two acres of land at the Wellington Place campus for a planned hospice serving the county. A portion of the land can be seen in this photo, taken on Frederick Campbell Street near Beatty Line, facing south. Photo by Jordan Snobelen

But a fundamental difference in philosophy on medical assistance in dying (MAID) caused the groups to go separate ways, Gower explained.

Gower and Simpson said providing MAID is key for a new hospice.

“It’s something that we weren’t sure either, in this area, if people would be interested in or not and we have found people are quite interested actually,” Gower said.

“It’s certainly not for everyone,” she added, but if it’s asked for, they want to be able to provide it, rather than a patient having to move back home or in to a hospital to access MAID.

“It’s just not good patient care to deny that.”

The hospice planning group initially poked around in north Wellington – something Minto Mayor George Bridge said he recalled from his time serving as county warden – but inertia brought on by other priorities and the pandemic halted progress until this year.

“We worked through about nine different sites for the hospice setting,” Simpson said of the revived search.

Whether because of costs, lack of municipal services, or delays, the county-suggested land won out.

The property will be far enough away from, yet close enough to, Groves Memorial Community Hospital and the county’s Wellington Terrace Long-Term Care Home.

The hospice would be situated between the Elora-Cataract and Trestle Bridge trails. And the location, Simpson said, will serve a wide area. 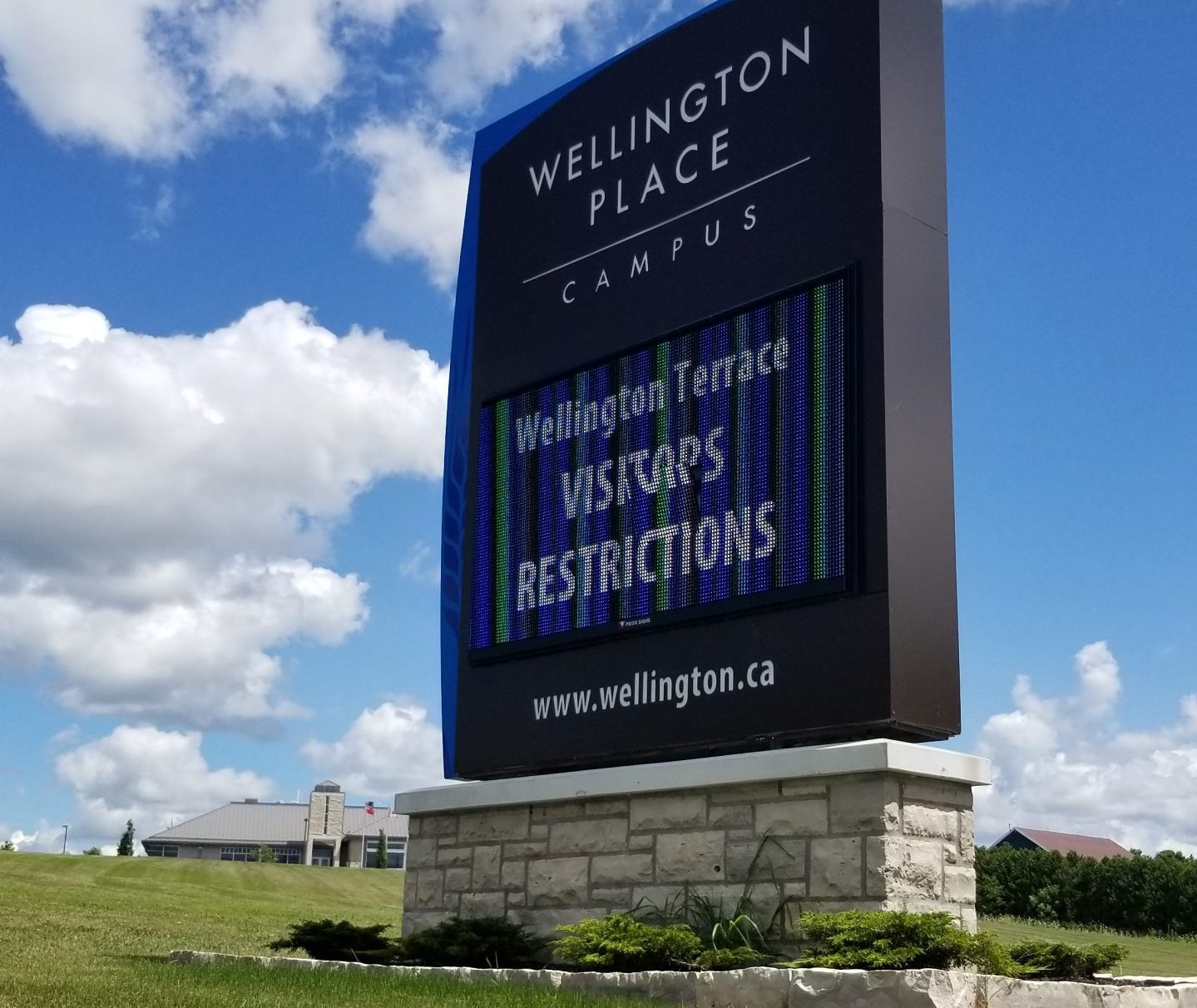 Wellington County Warden Kelly Linton announced on May 26 the county would be providing access to around two acres of land at the Wellington Place campus for a planned hospice serving the county. Advertiser file photo

Physicians in north Wellington are aware of the plan, and “are very pleased with it being located in Fergus,” Gower said.

“It would be a huge, extra workload for them to have something like this up north, as much as they would love it for their patients, they would find it challenging to commit to looking after it given everything else that they’re stretched to do right now in Mount Forest and Palmerston, for example,” she explained.

But before anything can move forward, the group will need to show the province it can back the project – tentatively known as the Rural Wellington Hospice – with cash for construction and two years of operating expenses up front.

That number, Simpson said, comes out to around $2.3 million; with $1 million earmarked for the construction of an estimated 4,000-square-foot facility, and another $1.3 million for operating costs to start.

So far, a lawyer, architect and builder are all willing to participate, according to Simpson, and the hospice group will be approaching faith and community-based groups for support.

Gower said it was “enormous” to be standing side-by-side with Simpson in chambers on Thursday.

“We’ve had a lot of wondering if we would ever get here,” she remarked.

“To have such an amazing base that we can work from now just goes to show how important it is to the whole region. It’s phenomenal.”

Although the milestone is a cause for celebration, it’s likely to be four years before a hospice opens on the land.

“We still have to develop a board, management, we have to do the hard work of seeing how we’re going to go through with this,” Simpson said.

Gower voiced confidence in their model despite the unknowns ahead, mentioning two anonymous donors had already come forward, prepared to chip in at least $40,000.

The core advisory group will meet next week to begin hashing out next steps, including incorporation, and starting a foundation to begin accepting donations.