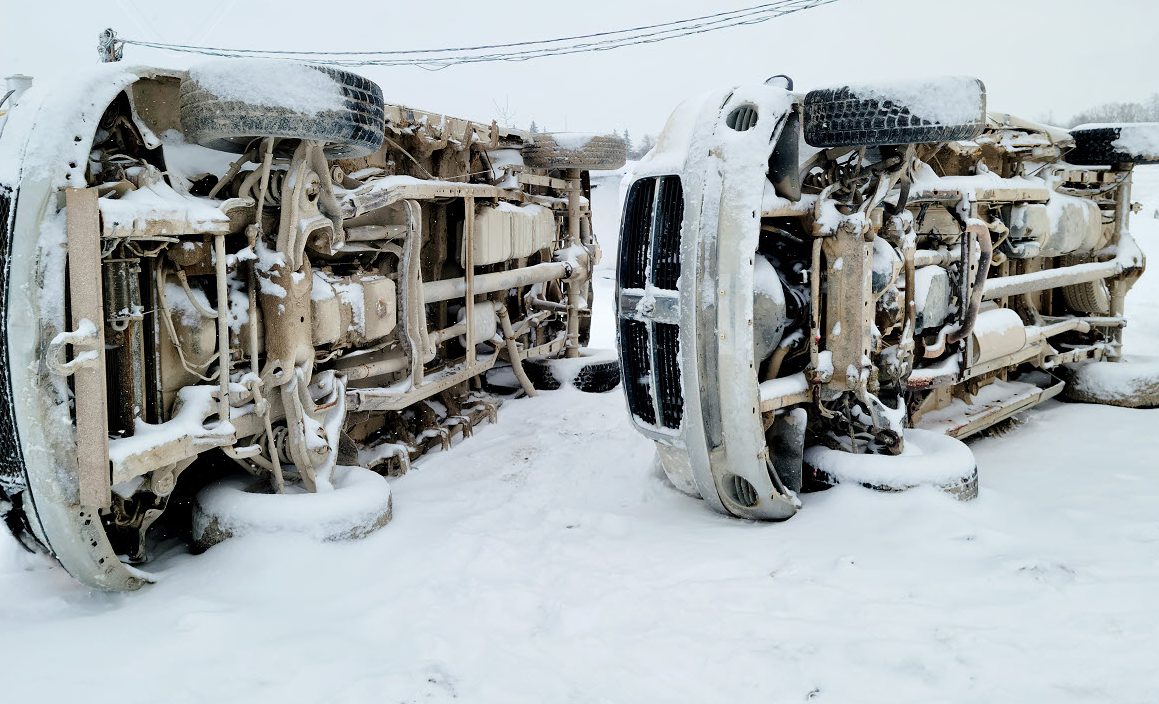 Thieves flipped over multiple pickup trucks at a Puslinch gravel pit in order to steal catalytic converters off the vehicles. OPP photo

PUSLINCH – Police are investigating after someone flipped over multiple pickup trucks at a gravel pit here in order to steal catalytic converters off the vehicles.

Wellington County OPP officers responded to the gravel pit near Aberfoyle on Jan. 13.

In a social media post, OPP spokesperson Josh Cunningham revealed the thieves “used a piece of on-site equipment” to flip the vehicles on their side, “causing much more damage … than would be (otherwise) necessary.”

For some reason, details about how the vehicles were flipped were not included in the OPP press release issued at 3:40pm, about three hours after the video was posted.

Police are looking to identify a white Ford F-250 single cab, with a steel rear bed liner and toolbox, that was seen in the area of the theft.

Catalytic converter thefts have been an issue throughout Wellington County, and indeed the province and beyond, for the past few years.

The exhaust emission control devices are sought out by thieves due to very high prices for three precious metals contained in the devices: rhodium, palladium and platinum.

Anyone with information or with access to surveillance footage in the area can contact the Wellington County OPP at 1-888-310-1122.