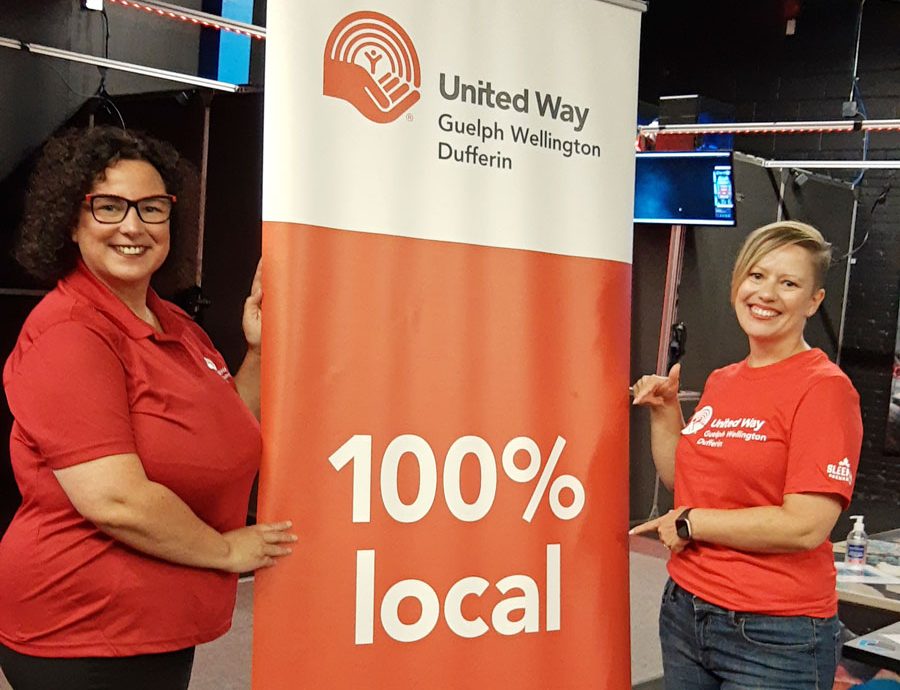 United Way Guelph Wellington Dufferin kicked off its 2022 fundraising campaign and hopes the community will continue to support the organization, which helps agencies that support the most vulnerable in the community. Campaign chair Patricia Tersigni, left, and executive director Glenna Banda. Photo by Joanne Shuttleworth

GUELPH – The needs in the community are great and the radical recovery isn’t over.

But United Way Guelph Wellington Dufferin is sensitive to the pressures inflation has thrown on everyone – from those with disposable incomes to regular families trying to get by.

So its fundraising campaign, which kicked off on Sept. 14 at CTRL-V, a virtual reality arcade in Guelph, stressed how any donation, large or small, will make a difference.

The event was also live-streamed.

“Last year we were coming out of the pandemic,” United Way executive director Glenna Banda said in an interview before the event began.

“There are a lot of different realities this year.”

Inflation and the economy are stretching everyone’s pocketbook, she said, and the agency understands people might not be able to donate as they have in the past.

It’s the same reason demand is up for services provided by United Way-funded organizations.

“We are hoping to surpass last year’s campaign, which raised $2.7M because we know the need is even greater this year,” said Banda.

“We not only want to meet our current commitments but increase them so we can realize the full potential of the innovative new impact strategies.”

But at the same time, “every dollar matters. Ten dollars matters. While we need the funds, we also hope to focus on increasing participation.”

Guelph Mayor Cam Guthrie encouraged people to support the campaign any way they can.

“We’ve gone through the grind with the pandemic, but we still have to support each other,” he said.

“So many charities rely on the United Way for funding. So tell others. Light the fire under other people.

“Rally around United Way. It will make such a difference. Then we’ll hear the life-changing stories.”

Campaign chair Patricia Tersigni recalled how, in the early days of the pandemic, the community did rally to help those most impacted.

“We need that same sense of urgency and compassion now,” she said.

Banda said the United Way worked with local agencies to develop a community impact strategy to examine the root causes of poverty, to fill the needs and to initiate systemic change.

“The United Way creates a united way,” she said.

“We all received (government funding) decreases this year and many agencies have had to cut services,” she said, adding the United Way funding has allowed Compass to expand its support lines.

She said there were 3,000 calls to the distress line in August – an all-time high.

“If this funding ends, so will our programs,” she said.

Donations are accepted at workplaces across Guelph and Wellington and Dufferin counties, and through the United Way office  at 519-821-0571 or www.unitedwayguelph.com.